JACKSONVILLE, Fla. – When she was born 21 years ago, Tia Cox was in desperate need of a heart -- a heart the size of a walnut. News4Jax anchor Mary Baer told Tia's heartbreaking story two decades ago. Now, because of another family's loss, Mary has joined Tia and her parents once again to tell this transplant survivor's inspiring and emotional story.

At the reunion so-to-speak Mary showed Tia for the first time the story she told about Tia as an infant -- who at the time, was in the fight for her life.

"Ooh, look at that! Ooh, I was fat!" Tia exclaimed playfully as she watched the video from 1998. "Oh, look at Ricky and Torrence!"

We showed her the story of a baby born with a malformed heart who doctor's said wouldn't live unless another baby's heart became available.

FROM THE VAULT: Mary Baer's 1998 story on Tia's heart defect

Mary spoke to Tia, now 21 years old, as she clutched her tiny Chihuahua named Zoe close. Tia wasn't sure what to think of her news story that she had never seen until now.

Mary: "You're a miracle young woman, 21 years old, and you know, thanks to somebody's decision that they made, to give you their heart -- their baby's heart -- it's pretty incredible."
Tia: "The only reason I'm smiling is cause, I don't know what to say, so..."
Mary: "I get it."

"That video, does it take your breath away?" Mary asked Tia's mom, Sarina Cuevas.

"Yes," she responded. "It makes me still wanna cry."

Sarina says her daughter, the tiny patient seen in the old video footage, was a trooper at just 3 ½ weeks old. 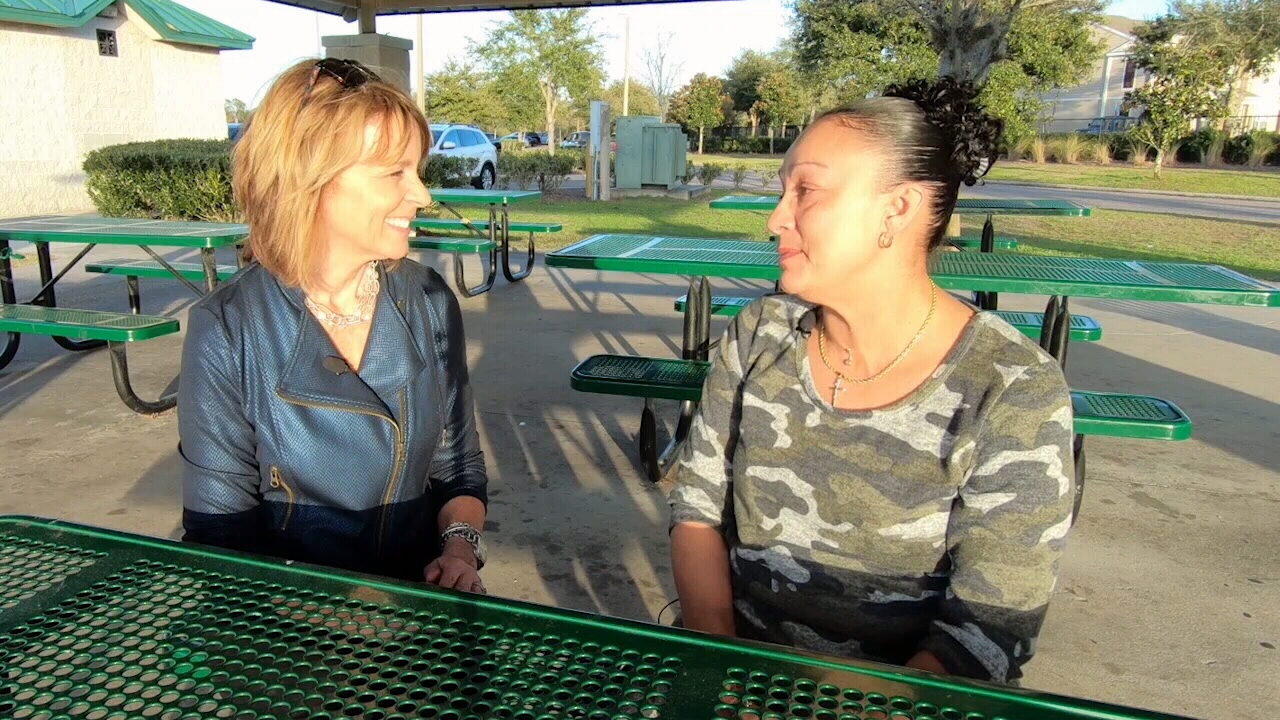 "Every time we gave her the medicine she would, she took it with a smile and she made us all laugh, made us smile," Sarina beamed.

She say Tia had then, and has now, a great support system.

"She has great friends. They pick her up and take her out. She likes to do girl stuff, she likes to go to the mall and shopping," Sarina explained.

And Tia also became a thrill-seeker. Rollercoasters don't scare her off, despite her heart health.

"It makes me happy that she's happy," Sarina said.

"Yeah," Sarina replied as she wiped away tears.

Tia is still on a lot of medications, and will probably be on them for life. She checks in with her doctor every three months for an EKG, chest x-ray, bloodwork and echocardiogram, and then once a year, Tia goes for an angiogram and a biopsy under anesthesia.

Her father, Torrence Cox, told Mary that seeing this video of his daughter's fight to live from 21 years ago, has brought back memories that bring him both pain and relief.

"In order for us to have joy with Tia somebody else had to make a sacrifice," said an emotional Torrence. "It was just a blessing."

"Do you think (Tia) grasps how very remarkable her story is?" Mary asked.

"No, I don't think she does," Torrence answered.

But Torrence does. His "baby girl," as he calls her, is a miracle, and seeing her story from so long ago reminds him of how far they've come.

"Here we are now, and we're praying for another 21 more years," he said.

Tia is about to graduate from high school next month, and her mom says they've been busy getting her cap and gown ordered and hoping she'll start a college career -- but keeping her close by.

Music is still such a passion for Tia, something her mom says played a role in her recovery -- since the nurses always sang and played music after her operations.

While Tia's future is still unknown, her mom and dad are grateful for the family that had to suffer a tragedy in order to give them their baby's heart.

"Whoever the child was, she had a beautiful heart," said a tearful Sarina. "And I just wanna thank them from the bottom of MY heart."

Torrence and Sarina tried early on to contact the donor family, but Sarina says at the time, the parents apparently weren't ready to talk. But, they may try again in the future.