Cleanup begins after night of violent protests in downtown Jacksonville

Student posts on Twitter as crime scene unfolds on campus

TALLAHASSEE – As a gunman ran around Florida State University, students took to their phones to share their experience.

Blair Stokes tweeted Thursday morning that she had survived a school shooting and added that the Florida State University community was unbelievably strong.

"Guy at library with gun."

Stokes said she was shaking.

I "don't wanna die tonight." There were police officers with "big guns running around outside," she said.

But not before he shot three people. Police officers were escorting students out of the building. Stokes was still in shock.

"Cannot believe any of this. It's stuff you see on TV. At other schools. But it's here now."

Stokes and other students were forced to wait for the scene to clear. About 4 a.m., she and the others were free to go home, she said. Stokes took a selfie that her loved ones will never forget.

"I'm safe and sound and home ... The love and support of the Florida State community is so real tonight." 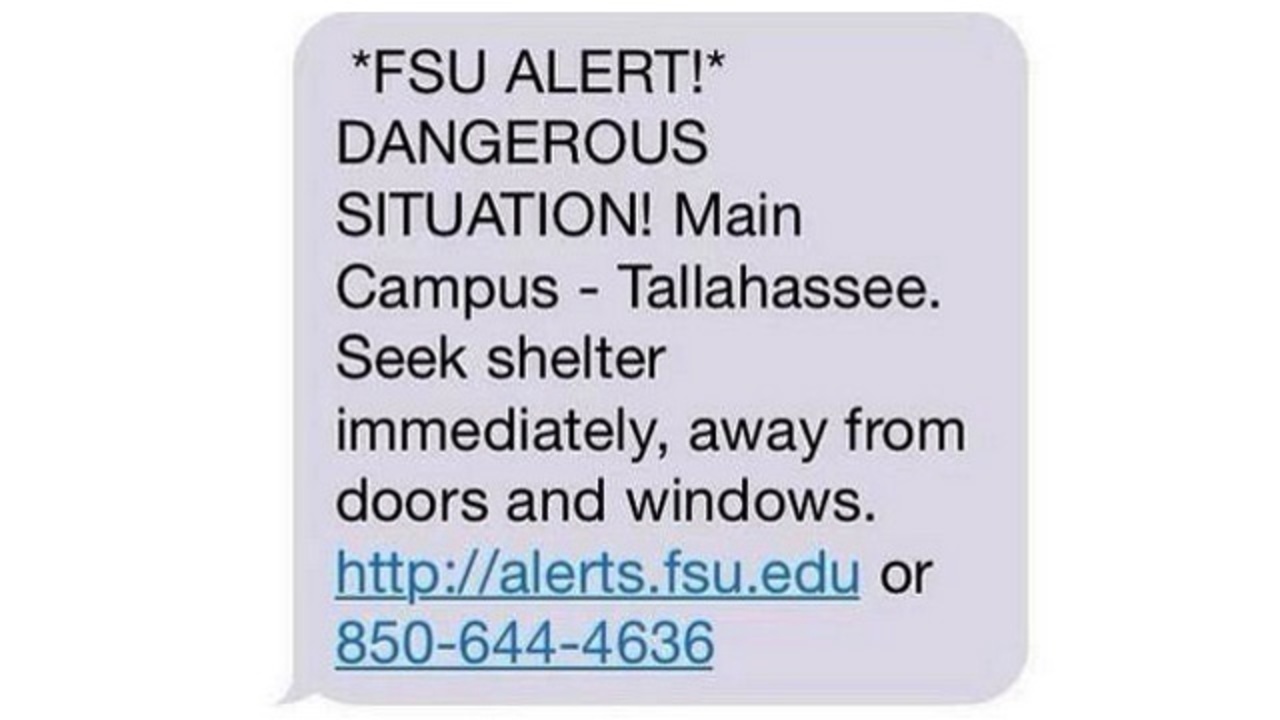 Other social media posts during shooting

David Sillick got a text message from his daughter that no father should ever get.

He shared it on Twitter. It said, "there is a man with a gun in the library. I love you."

Sillick's daughter called him to tell him she made it out safely, but he was rattled by the text and the call.

Thursday morning, hastags including #FSUstrong and #Pray for FSU were being used by people posting messages of support for the victims and others on campus.

Copyright 2014 by Graham Media Group. All rights reserved. This material may not be published, broadcast, rewritten or redistributed