Man killed in crash on Blanding Boulevard in Middleburg

Sheriff: No changes in wake of fire calls

JACKSONVILLE, Fla. – Sheriff John Rutherford says he's not planning any changes to the Sheriff's Office's emergency communications center after it experienced an overload of 911 calls during Tuesday's apartment complex fire and explosion at the St. Johns Town Center.

The sheriff says it's rare that that sort of thing happens, and that's why his department issued an apology. But he says there is no system available that could handle the number of calls that came in Tuesday.

Those at the Town Center and driving along Butler Boulevard saw the smoke and flames Tuesday afternoon, and many reached for their cellphones and called 911.

"Yeah, I just drove by the Town Center and it looks like the top of a building is on fire there," one caller told a 911 dispatcher.

"I just drove on JTB drove past the Town Center there and the condos they are building, it looks like the top of it is on fire," another caller said. 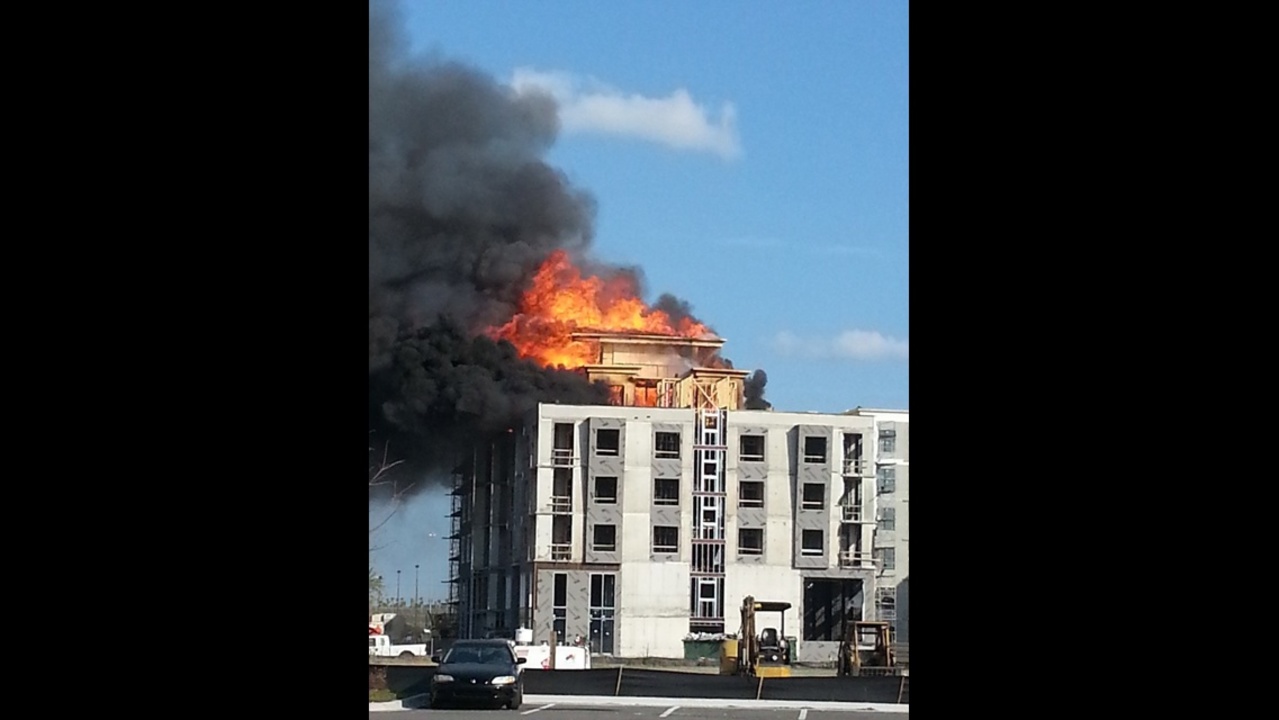 "There is a fire located next to the Costco in the new development that they are building," another caller told a dispatcher.

In a matter of minutes, the communications center was slammed with calls, tying up lines and forcing people to hold.

"I don't know, its an apartment building that is going up at the Town Center and it's fully engulfed," one caller said.

"The apartment building is on fire?" a dispatcher asked.

"Yeah, it's under construction, however," the caller said.

"Yeah, it looks like someone has already called that in. We are on the way," the dispatcher said.

When the calls were transferred to the Fire Department, there were long waits. The phone kept ringing until Fire and Rescue dispatchers picked up.

"There is no way we can financially build a system to take all of those calls, and you don't need to because they are all the same unless somebody has a different situation, and then I would encourage them to hold on," Rutherford said.

That's what some people did, making sure their calls got though.