Pet medication mistakes can be deadly

JACKSONVILLE, Fla. – You've heard about devastating medication errors happening with people, but pet owners should know it can happen to four-legged patients, as well.

The Food and Drug Administration has issued a new warning because investigators are finding prescription mistakes happen with pet meds, too.

Sarah Schuck learned that painful lesson with her beloved Labrador named Rafter.  A collar, pictures and fond memories are all she has left.

"It was really hard," said Schuck.

Hard, because it shouldn't have happened. Schuck said the drug store that filled Rafter's prescription messed up.

The bottle's label said to give rafter 'two and one fourth teaspoon' of medication.

Trouble is, Sarah said, the dosage her vet called into the pharmacy was for much less medication, 'two and one fourth CC.'

The overdose, combined with Rafter's already bad health, was too much. Schuck had to put the dog to sleep.

"It was a tough realization," said Schuck.

Veterinarian Tom Cox, of Timuquana Animal Hospital on Jacksonville's Westside, said pets aren't always as tough as people think they are, and simple mistakes can easily be deadly.

Cox says he's seen times when abbreviations on prescriptions have caused pharmacists to fill the wrong amount...and owners to give too many doses of medicine to their pets.

"We have two technicians double-check and then they bring it to me and make sure it's the right dosage, because mistakes happen everywhere," said Cox.

And while we've learned how to make ourselves better when we don't feel well, like treating a headache or an upset stomach, we can't just give the same pills to our pets.

He said animals can be especially sensitive to medicine, so that's why pharmacists, vets and pet owners need to double check everything they do and never go against doctors' orders.

"Drugs are not broken down the same way in your pets as they would be in the human body," said Dr. Roberts. "So dosing wouldn't be pound for pound necessarily." 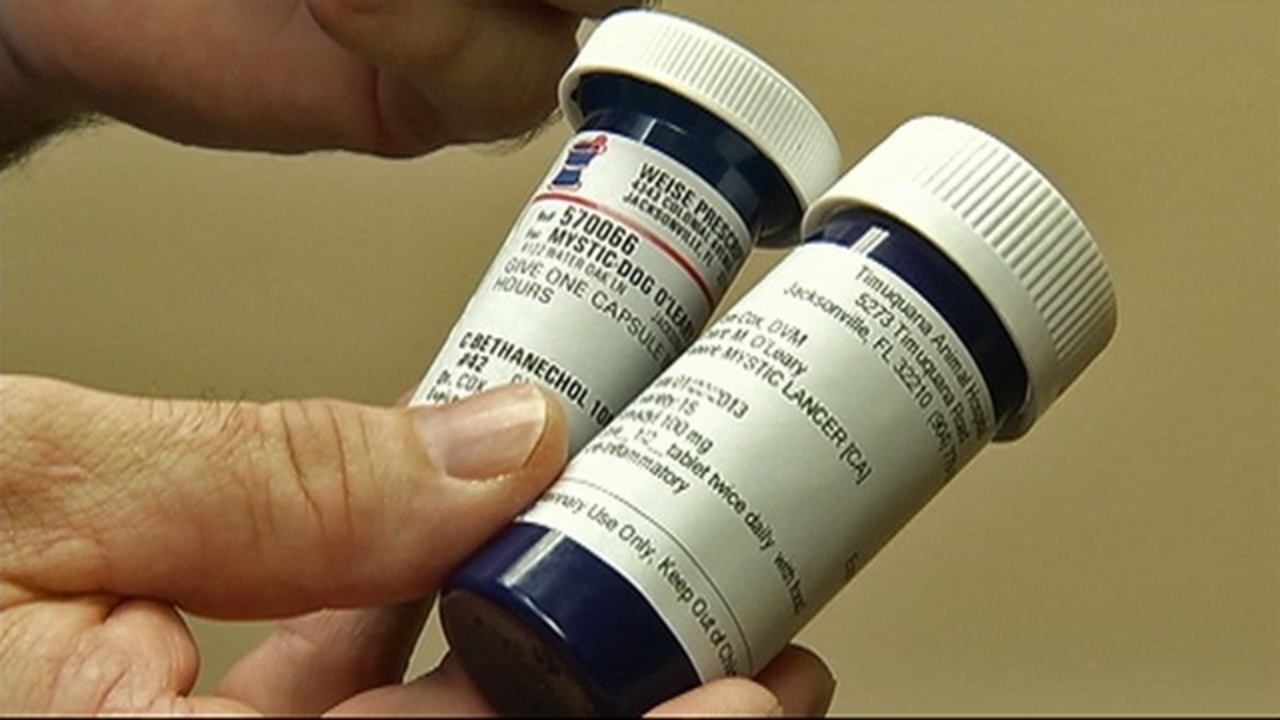 Pet experts made a list of the important things pet owners should do to keep their animals happy and healthy:

Schuck said she hopes what happened to her dog, Rafter, doesn't happen to anyone else's pet. And she gave advice to owners.

In Schuck's case, the pharmacy admitted fault in the mixup, saying they did put the wrong dosage on the bottle.  The pharmacy paid for Rafter's veterinarian bills as part of a settlement.  The settlement required Schuck to not disclose the specifics on the case, including the name of the pharmacy or the amount she was paid.

Important Links From The FDA: