JACKSONVILLE, Fla. – It was a mandatory class assignment and the only thing three Mandarin High School students were after was a good grade.  But the documentary on guns laws they produced earned so much more: Honors from C-SPAN and a cash reward.

Guns had been a big part of senior Jay Morgan's life, so when they he was brainstorming with his group a topic for their video project in their economics class, he suggested something on guns.

"I think around age 5 my grandpa took me hunting, so I've been around guns my whole life," Morgan said.

Morgan's background, coupled with the nationwide controversy over gun legislation triggered the topic: "Gun Control: Saving Lives or Jeopardizing Them?"

He teamed up with friends and fellow students, Dario Molina and Samuel Mitchell.

"I wanted to show both sides of guns, how they protect and they can be used to harm," Mitchell said. "And that's what we did as a group and we were able to show that."

Mitchell spent much of Christmas break researching and reaching out, and it paid off with interviews from Jacksonville Sheriff John Rutherford and Clay County Sheriff Rick Beseler.

"Back in 1791, we had things like one-shooters and guns that maybe couldn't even kill people," Shaffer said.

The Mandarin High seniors presented both sides of gun control and left it up to the viewer to decide. 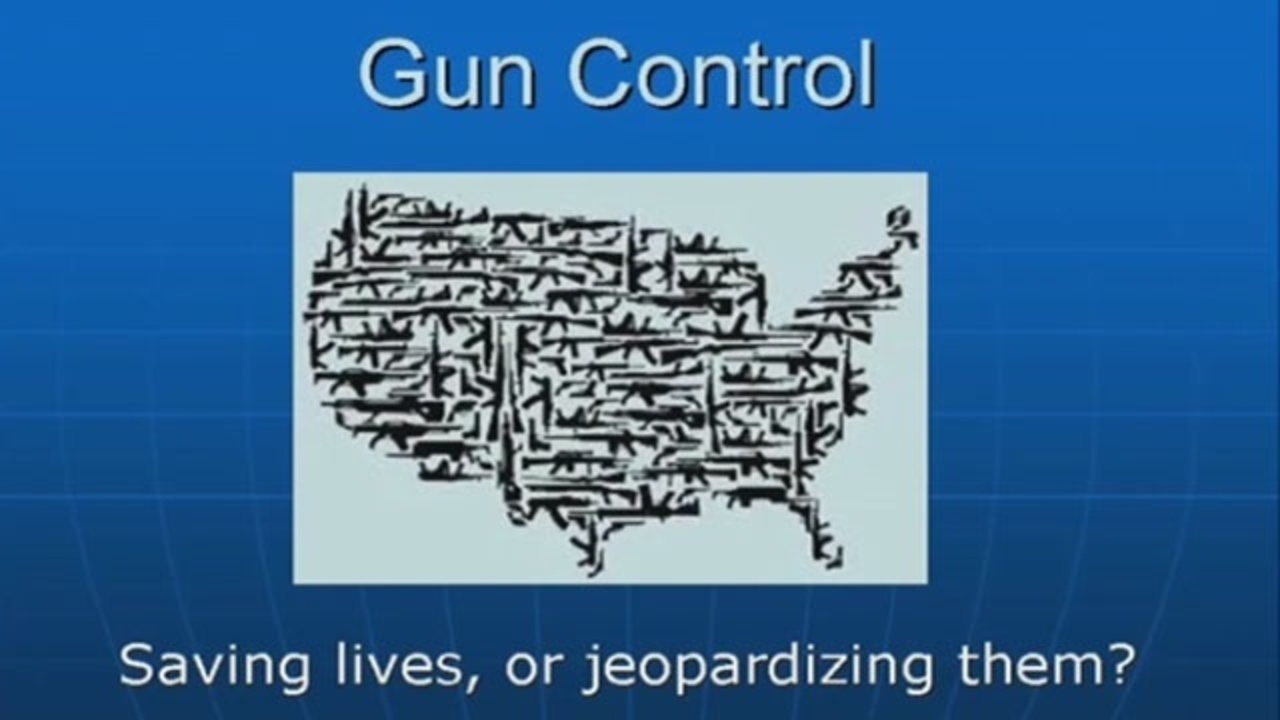 "They were able to give their input and make our project better," Mitchell said.

"We learned not only about the history of guns but the prevalence of guns in society," Michell said.

The documentary they produced competed against student projects from across the country in a C-SPAN contest with this year's theme centered around the question: "What's the most important issue the U.S. Congress should consider in 2014?"

That was their biggest challenge: none of them knew how to edit the footage. They learned as they went.

"I was in Spanish class and I get a text from Jay and it says, 'We just were an honorable mention on C-SPAN and won $250.' I couldn't believe it. I was like, 'a project that was a grade for Economics basically,' and we had fun making it but we had no idea something was going to come out of it."

The students say they are smarter because of this project and after splitting the prize money, they're also each $83.33 richer.  Plus, the students got an "A" in the class.

To watch the boys' documentary in its entirety, visit StudentCam.org.