Still holding on to that ticket for a rescheduled show? Keep holding

How will the Biden administration handle immigration?

TALLAHASSEE, Fla. – Paperwork errors opened the door to a possible gain for school-choice proponents, who are supporting a challenger to former state Rep. Reggie Fullwood, D-Jacksonville, in a special Democratic primary.

Nine days of early voting ends Sunday in the District 13 race, which includes the core of Duval County, including downtown north to the Trout River, the near Westside, parts of San Marco and Arlington (District map below). All precincts in the district will be open on Tuesday.

Back-to-back miscues by notaries public kept Fullwood, who represented Jacksonville's House District 13 until last month, from easily winning a third term. His re-election had appeared so certain that he'd drawn no opponents by the end of the candidate qualifying period in June.

But the notaries' mistakes gave Jacksonville City Council member Johnny Gaffney -- who will leave his post next year due to term limits -- an opening. 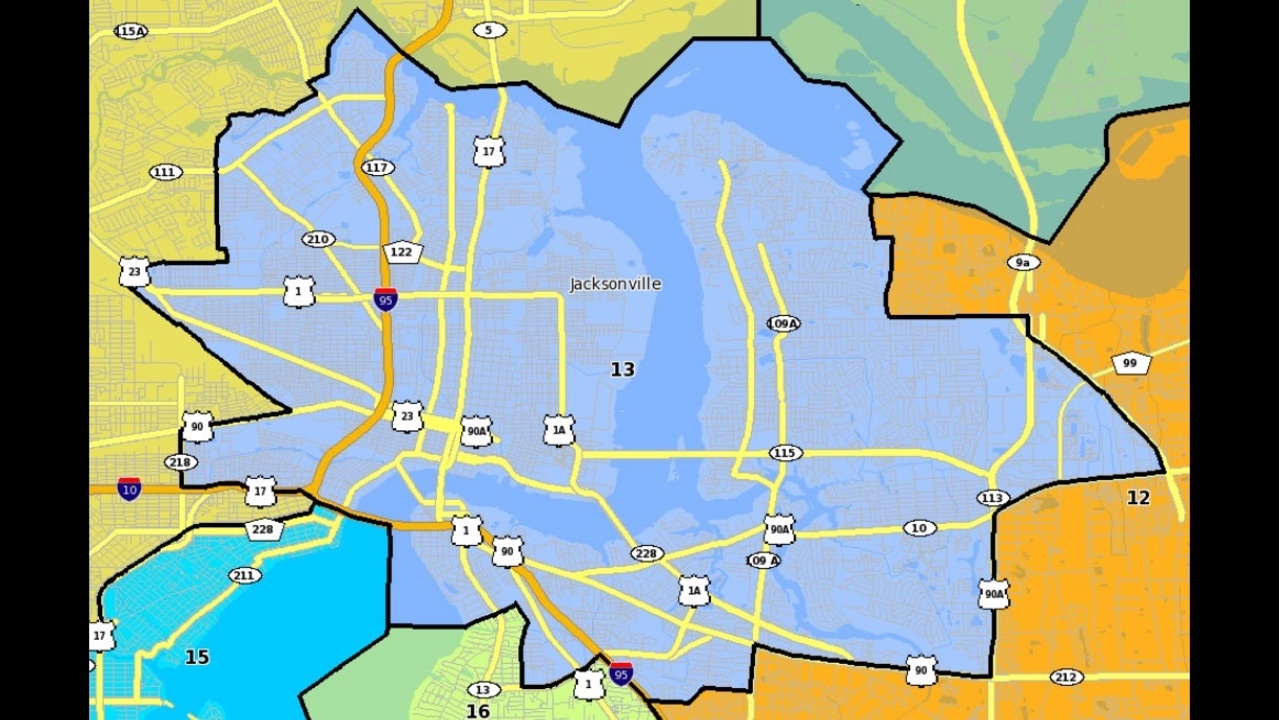 And now Fullwood doesn't have such a clear path to victory. Gaffney is supported by the deep-pocketed Florida Federation for Children, which helped to oust former Democratic state Reps. Karen Castor Dentel of Maitland, Mark Danish of Tampa and Carl Zimmermann of Palm Harbor in elections last month.

"Reggie Fullwood comes with a high price tag," ran a flyer that arrived in district mailboxes recently, listing the Florida Federation for Children, an electioneering communications organization, as the responsible party. "Can we afford him?"

The flyer charges Fullwood with causing $557,000 in unnecessary taxpayer expenses by prompting the special election, raising 90 percent of his campaign donations from "Tallahassee special interests," and racking up almost $15,000 in fines with the Florida Elections Commission.

Fullwood, who did not respond to The News Service of Florida's requests for an interview, told The Florida Times-Union that he currently owes the commission $3,000.

The Florida Democratic Party is trying to help Fullwood, with a donation of $10,000. Sen. Audrey Gibson and Rep. Mia Jones, both fellow Jacksonville Democrats, have endorsed him.

"Reggie is a very important member of the caucus," said House Democratic Leader Mark Pafford of West Palm Beach. "He's somebody the caucus can count on."

Fullwood tried this past summer to obtain an order certifying him as a qualified candidate --- which would have eliminated the need for a special election --- but a Tallahassee judge rejected the request.

"We should be looking for someone with character," he told The News Service of Florida.

House District 13 is solidly Democratic. It's centered on downtown Jacksonville, with 45 percent of the people in its main zip code living below the poverty line. It is 49.9 percent black, 40.8 percent white and 6.2 percent Hispanic. Barack Obama carried 67 percent of the vote in the district in both the 2008 and 2012 presidential elections.

Fullwood was first elected to the House in 2010. He's the executive director of the non-profit Metro North Community Development Corporation, Inc., which describes itself as "committed to rebuilding Jacksonville's urban core." In 1999, he became the youngest person ever elected to the Jacksonville City Council, where he served two terms.

Gaffney has served on the city council since 2007. A former University of Florida football player, he earned his master's degree in business administration at Webster University and his doctorate in education, with a focus on organizational leadership, at Nova Southeastern University. He's also a licensed mortgage lender and broker.

Florida Federation for Children Chairman John Kirtley, who has contributed $1,000 to Gaffney's campaign, said the crucial difference between the two men for him concerns their positions on the state's de facto voucher program, which the federation strongly supports.

Kirtley said House District 13 has roughly 1,200 children on the tax credit scholarship program for low income children. He said families from the district who are enrolled in the program have an average household income of $20,100, and that 70 percent of the families are African-American.

"Despite this fact, Rep. Fullwood opposes the program," Kirtley wrote in an email. "Further, he is backed by the teacher's union, which has filed a lawsuit asking the courts to shut down the scholarship program. Not only would this act evict the 1,200 scholarship children in his district from their schools, it would force the closure of several schools serving low income children. Dr. Gaffney supports parental choice for low income families, and supports the tax credit scholarship program specifically. He also opposes the union lawsuit. The contrast between the two candidates is stark in this policy area."

Gaffney said he supports school choice but had nothing to do with the flyers attacking Fullwood.

"I was just told I have some good friends who are very interested in this race," Gaffney said.

But Joshua Karp, communications director of the Florida Democratic Party, said Republicans were "looking to pull the wool over the eyes of the voters of District 13" by backing Gaffney.

"The truth is that Reggie Fullwood is right on the issues that matter to Jacksonville families," Karp wrote in an email. "As a graduate of Jacksonville public schools, Reggie knows that our public school students and teachers need the resources to ensure that they can achieve their greatest potential and that we must stop the giveaways to out-of-state, for-profit corporations that look at our children and see dollar signs."

University of South Florida political scientist Susan MacManus said school choice is increasingly a divisive issue in communities of color. She noted that Gov. Rick Scott drew twice as many black voters this year as in 2010.

"A lot of it is probably coming from pro-school choice blacks," MacManus said.

Gaffney has raised $42,365 for the campaign, according to a report filed Friday with the Florida Division of Elections. Fullwood has until midnight to file his most recent report. He had raised $41,400 as of Nov. 14.

Through Friday, just over 3,000 had cast ballots by mail or through early voting and Tuesday's primary is expected to draw a low turnout. The winner will face Jacksonville Republican Lawrence Jefferson in the Feb. 17 general election.