In his final days, Ahmaud Arbery’s life was at a crossroads

Gangs in Jax: How they operate; who is joining

That comes as a surprise since most of the gang-related crimes we report are centralized in Northwest Jacksonville.

"Anytime you have people who do nothing but break the law, sell drugs, encourage other criminal activity, shoot at each other, those are going to be big problems in any community," Mantei explained. "There is no part of town, or any town that's immune from this sort of thing."

Mantei is the division chief of the Special Prosecution's Unit of the State Attorney's Office and has prosecuted gang members for years. He said the kind of gangs we have here in Jacksonville are nothing like what you might hear about in bigger cities.

Gangs here tend to be generational. A child grows up to be a gang member after their parent was arrested and imprisoned for gang crimes.

"Gangs are also geographical," he explained.

People living in one part of town will create a gang.

"They will protect anyone in that neighborhood and attack any rival gang members who try to move in."

"Most are between 16 and 24 years old, but there are some who are just 12 years old, even younger," said Mantei.

How are teenagers joining gangs?

"It's not like in the movies when a bunch of people beat up a teenager as an initiation,' explained Mantei.

These kids meet at the park, playing basketball or they're on the same athletic team at school. They start hanging out together and eventually get into trouble together. They are intrigued by gang members who have money and that entices them to join.

"The phrase most of them use is putting in the work," explained Mantei. "Usually what that means is you have to do some part to benefit your other buddies in the gang."

This could be stealing a car, breaking into a home, knowing where to buy drugs or knowing someone who can provide guns to the gang.

"A lot of the gang members we talk to say my role is to steal cars, another roll is he had the girls, another role is he had access to an apartment and guns," said Mantei. 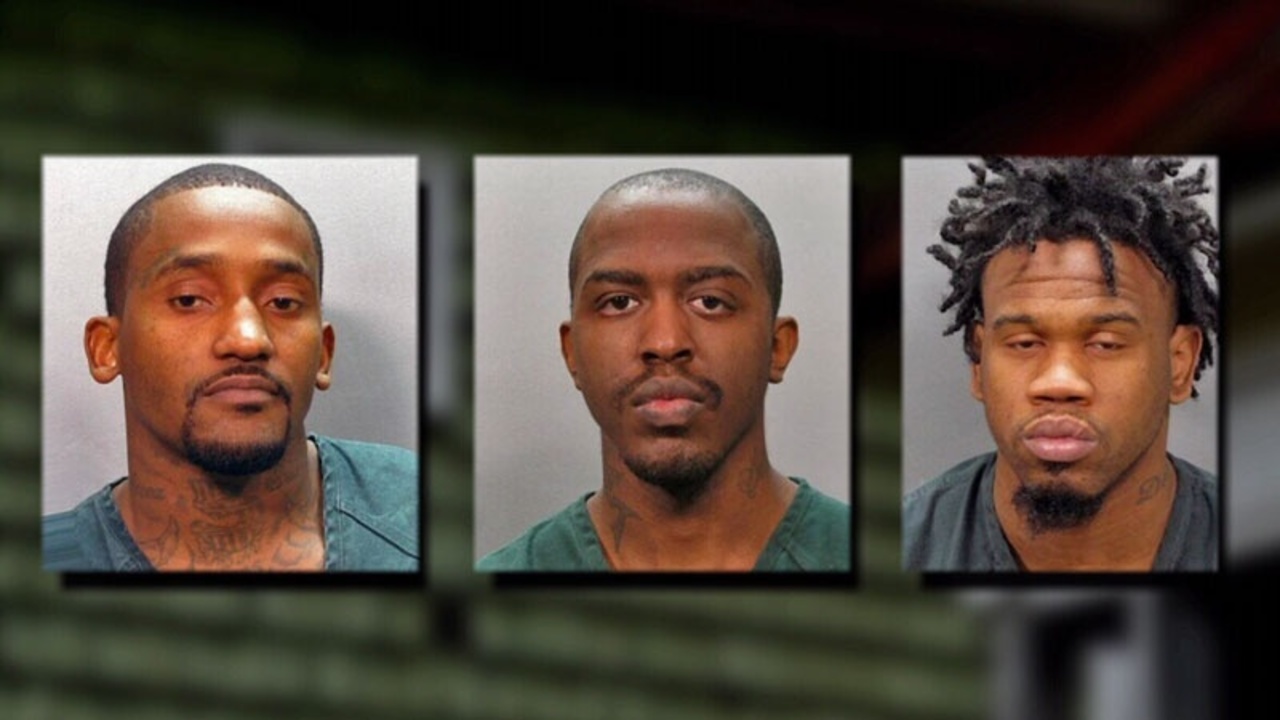 Every gang has "shot callers." These are the leaders who assume the role because everyone else is afraid of them or they have connections that bring the most money into the gang.

In the case of P.Y.C., Pakastan Yulee Clique, the arrest warrant lists Breon Allen, Benji Waters and Markees McGriff as the leaders.  They are accused of committing various crimes in Jacksonville, including weapons charges, drug sales, aggravated battery and grand theft.

JITS is the word given to the workers. It's slang for young thugs. These are gang members who specialize in certain roles, which include serving as intimidators and shooters.

According to the arrest warrant associated with the investigation of several P.Y.C. gang members in January 2015, gangs will pay between $500 to $10,000 for a "contract" on someone -- a hired "hit" to kill someone.

Although, seven men were arrested in January for their role with P.Y.C, the gang is clearly still active. Police said Friday, Shareka Edwards was a member of that gang and was killed Thursday in retaliation for the shoothing death of Paul Gillins at a Westside McDonald's the night before.

Gillins (pictured, blow) was a member of the Cutt Throat gang. Police said Shelmika Felton is an innocent bystander who also died in the drive-by shooting that ended Edwards' life.

P.Y.C has existed for several generations, said Mantei. According to the arrest warrant, gang members have indicated the name comes from Yulee Street, in New Town, and Pakastan refers to people in that neighborhood who carry big guns. New Town is between Kings Road and Beaver Street in the Northwest Jacksonville.

Its rival is the Myrtle Street gang.

Moncrief Thugs operate out of Moncrief Park and LOC, refers to the Lackawanna gang, which is on the Westside.

"Many call themselves a rap group or a production company in an attempt to not be called a gang, but that's what they are," said Mantei. "There's this trading of insults, belligerence back and forth and it's fed through music."

Mantei said they've had criminal cases where one gang member has killed another over lyrics in a rap song that insulted another gang.

Mantei would not discuss any specific details about active cases like P.Y.C, but did reference a closed case in which rival gang members opened fire on another gang member.

In the 2009 case, 25-year-old Demarcus Johnson (pictured) fired dozens of shots into a home where a rival gang member lived.

IMAGES: Home peppered with bullets in 2009

"He missed his target, but did kill another gang member," explained Mantei. "In addition, there was a mother, an infant and a grandmother in the home. When I say they shot it full of holes, they shot it full of holes with high powered assault rifles: AR-15 and an AK-47. It looked like a shooting gallery you might see at a fair. By the grace of God they didn't die that day."

Johnson is serving a life sentence for that murder.

Mantei says some gang members have the same tattoo. Others, like P.Y.C, wear black shirts with pictures of gang members who have been killed. Some of them also use certain hang signs.

Grafitti is used, too. Last month, we interviewed a woman who had the letters P.C.E. spray painted on the outside of her home. A month later, the gang returned and fired 25 bullets into her house as she was taking a shower with her 3-year-old daughter was in the next room. Neither was wounded.

We interviewed Jeanine Herrington right after the shooting, She works for a law firm and her brother is in law enforcement. Police told her that gang members confused her home with another one down the street. (Full story)