JACKSONVILLE, Fla. – First responders say they're dealing with a growing problem: drivers who aren't getting out of the way for emergency vehicles.

A month-long News4Jax investigation caught dozens of motorists failing to yield to fire trucks, ambulances and police cars as they rushed to urgent situations with lights and sirens on.

News4Jax teamed up with Jacksonville Fire and Rescue officials to install cameras on rescue vehicles all across town to record drivers who blocked them while rescuers responded to 911 calls. JFRD responds to more than 120,000 calls a year, records show. 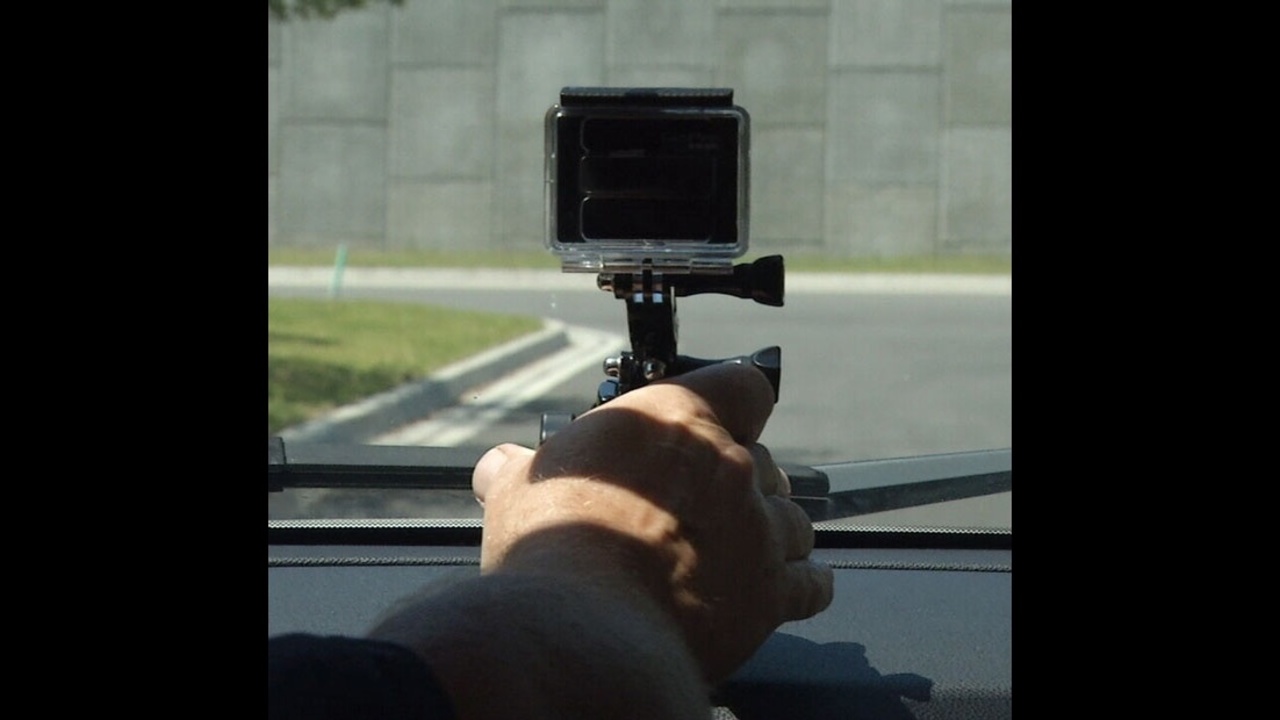 The cameras, mounted on the inside and outside of JFRD vehicles, recorded cars cutting in front of rescuers multiple times. As engine 44 approached Baymeadows Road with lights and sirens on, seven drivers kept going, in front of the fire truck.

At an intersection on San Jose Boulevard in Mandarin, six cars kept driving as a fire department supervisor tried to turn left on the way to a fast-burning two-alarm fire in Mandarin.

On the Southside, a semi-truck blocked an ambulance rushing to a medical emergency. The truck driver did not move over for nearly 20 seconds.

In a similar instance, the driver of a Corvette blocked JFRD rescuers for nearly 15 seconds.

First responders say these seemingly small delays can add up and could make emergency services several minutes late. That could make a difference in life or death situations, firefighters say.

There are many scenarios when a delay in response could be deadly.

A fire typically doubles in size every 30 seconds. Someone having a heart attack could die if they don't get CPR within the first few minutes. A shooting victim can easily lose their life someone doesn't stop the bleeding right away.

The veteran Jacksonville Sheriff's Office burglary detective and Guns N' Hoses boxing trainer had a heart attack on March 17 while teaching a boxer. He fell face down in the boxing ring and laid motionless on the floor. His friends and colleagues in the gym realized he was in trouble and called 911.

Rescuers from JFRD Station 1 arrived quickly and began working on Graham within minutes. They loaded him into an ambulance and rushed him to Baptist Medical Center Downtown. Doctors stabilized him, put a stint in his heart and saved his life.

Graham made a quick recovery and has returned to his job as a detective. He plans on retiring soon and hopes to hike the Appalachian Trail next year. He says he'll continue to train the police boxing team.

If paramedics hadn't been able to get to him within minutes, "I'd probably be a dead man," Graham said.

After getting out of the hospital, he personally thanked the first responders who saved his life.

Firefighters blame many of the problems on the roadway on distracted drivers. 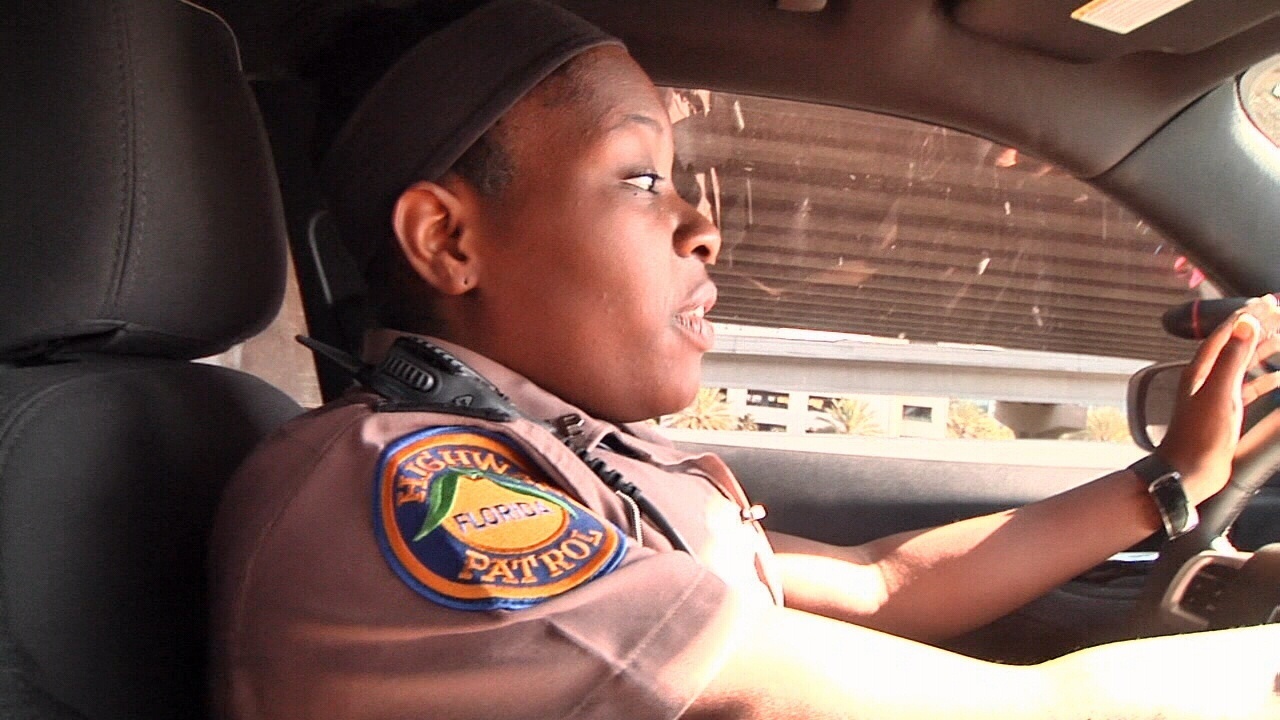 "Next time you're at the red light, look around," JFRD Capt. Ashley Burkhalter said. "You'll see probably about half of the people at the red light are on their smartphone, or using the phone or on the phone."

Burkhalter, who supervises crews at Station 22 on Jacksonville's Westside, says he's noticing more and more problems with motorists not getting out of the way.

He says loud music and increasingly sound proof cars are adding to the problems.

"Sometimes for whatever reason the fire truck or the ambulance behind them just is not their concern," he said. "It's a problem that needs to be addressed. Especially with the young drivers."

Nationwide, there have been a number of crashes involving rescue vehicles responding to emergencies. Jacksonville is no different.

In 2008, a truck driver failed to yield to a fire engine on Southside Boulevard at Philips Highway near while it was responding to a 911 call. The engine flipped on its side with several firefighters inside.

One firefighter had to be airlifted by helicopter to the hospital because his injuries were so serious. Other rescuers had minor injuries.

Local police officers and Florida Highway Patrol troopers who say they're also plagued by drivers not getting out of their way are cracking down. In 2014, records obtained by News4Jax show FHP troopers in Northeast Florida wrote 328 tickets to drivers who did not yield or move over for service vehicles. These numbers include tow trucks responding to accidents or disabled vehicles.

"You can be right up on

them with your lights and sirens blaring, and they're still just driving," Florida State Trooper Jazmin Grant said.

In the same time frame, Jacksonville Sheriff's officers issued 65 citations for similar offenses. The infractions can cost drivers more than $100 and add points to their licenses.

Properly yield for an emergency vehicle

Rescuers say when an emergency vehicle comes behind you with lights and/or sirens on, it's important not to panic. Slow down and try to move to the right and then come to a controlled stop. First responders will attempt to pass you on the left.

If you are stuck in traffic or at an intersection where you're not able to move over, rescuers say stop where you are and let them try to get around you. Do not make sudden movements as these can slow emergency vehicles and possibly cause an accident.

The Florida Department of Highway Safety and Motor Vehicles offers advice on what to do with the following scenarios:

What should I do if I see an emergency vehicle parked on the side of the road with lights flashing?

Two-Lane Roadway: When approaching an emergency vehicle with lights flashing parked on the side of a two-lane road, you MUST slow down to 20 mph below the posted speed limit and approach with caution unless otherwise directed by an emergency worker on the scene.

What if I am not able to move over safely or change lanes away from the emergency vehicle?

If you are unable to move over or change lanes safely, you MUST slow down to at least 20 mph below the posted speed limit.

If I cannot change lanes safely should I stop my vehicle in the roadway?

No, you must slow down while maintaining a safe speed. You must not stop in the roadway or block the flow of traffic.

What can I do to prevent an accident when approaching an emergency vehicle, traffic congestion, a crash scene, or a construction area?

Stay alert! The single most important thing you can do to protect yourself and others is to pay attention behind the wheel. If you keep your eyes ahead of you on the road, pay attention to the activity around you (other vehicles, signs, etc.) you will be able to anticipate problems and react more quickly to any potentially dangerous events.

What can happen if I break Florida's Move Over Law?

If you are caught, you will be issued a ticket and have to pay a fine.

More seriously, you could crash into an emergency vehicle or strike an emergency worker, causing serious injury or death. You could injure or kill another person or yourself.