Does exercising outside increase your risk of catching coronavirus?

Family: 5-year-old shot in head in Northside shootout has died

GREEN COVE SPRINGS, Fla. – It could be the final chapter in the prosecution of the four people involved in the death of Clay County Detective David White. 19-year-old Jerry Daniels pleaded guilty Wednesday to manslaughter and manufacturing methamphetamine after White was shot and killed during a meth house raid in 2012.

Daniels, who was 16 at the time of White's death, was originally charged with third-degree murder in addition to the drug charge. He was allowed to plead to the lesser charge of manslaughter and was sentenced to three years -- which is the time he's been held since the crime -- plus five years probation. Clay County Sheriff Rick Beseler said he’s relieved this is over.

“Well, you know, it's been three years and four months since Detective David White was taken away from us in a horrible and violent way. And today's court preceding brought to a close that chapter in our history, which has been a difficult time for the community, the agency and for the White family," Beseler said. "And with the conclusion of the last defendant's case today, it brings to a close that chapter, and we're happy that it's finally over."

Prosecutors worked out the plea deal with the approval of White’s family. Daniels was released Wednesday into his grandmother's custody in South Carolina. He will have to wear a GPS monitor, and if he violates probation, he could get 30 years in prison.

The man who killed White and wounded his partner, Matt Hanlin, was shot and killed by other deputies.

The other three defendants were all convicted of murder: 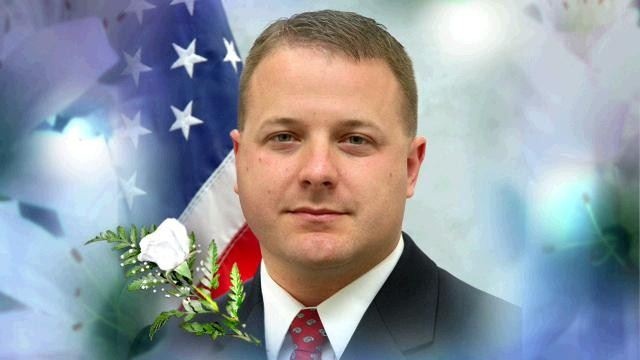 If Wilder wins his appeal and is retried, Daniels will be required to testify against him.

White’s widow was in court. She did not speak, but a statement from her was read in court:

Honorable Judge Lester,
I wish to share the impact the events of February 16, 2012, had on the lives of my young children and I and to express the deep loss in our lives to due to murder of my husband, Detective David White. Romans Chapter 13 discusses submission to authority and says in verse 5, “Therefore, it is necessary to submit to the authorities, not only because of possible punishment but also as a matter of conscience”. This fails to happen more and more often and clearly failed to happen that awful night.

Our children are our greatest blessings and it is just wrong that Dave does not get the honor of watching them grow and flourish. It is wrong that he never shared so many firsts- first birthdays, words, steps, dances, and days at school and we are just starting. They were both so little they only know him through stories and pictures. Unfortunately, memories will fade because they are so very young. They won’t remember their daddy’s kind, gentle ways or how he loved to laugh. Dave was so patriotic and had served his country in the United States Army. He loved football, fishing, and time with his family. Dave never went away mad and never had a bad temper. The children will never remember any of these qualities of their father. We are so blessed to know he loved us and I will make sure they always remember that.

My goal is to protect my children as much as I can from the evil that occurs in this world. I could not protect them completely from what happened to their father, but I can do my best to let them know how brave their daddy was and how he tried to make this a safer world.

In Mr. Daniels’ statement, he seems to take no responsibility for his involvement and actions. While true, he had a terrible childhood, he made choices of his own free will. Being fatherless is no excuse. My children are now in that position as well through no fault or choice of their own.