New buses will run on natural gas, have Wi-Fi and 'transit signal priority'

New routes will be offered downtown, on the Westside, the Southside and at the beaches, but the first routes to will come to the Northside by December.

There will be eight new stations between downtown, Golfair Boulevard, Northwood Avenue and Lem Turner Road extending out to Interstate 295. The stops will included totems that display real-time bus location and pickup times. 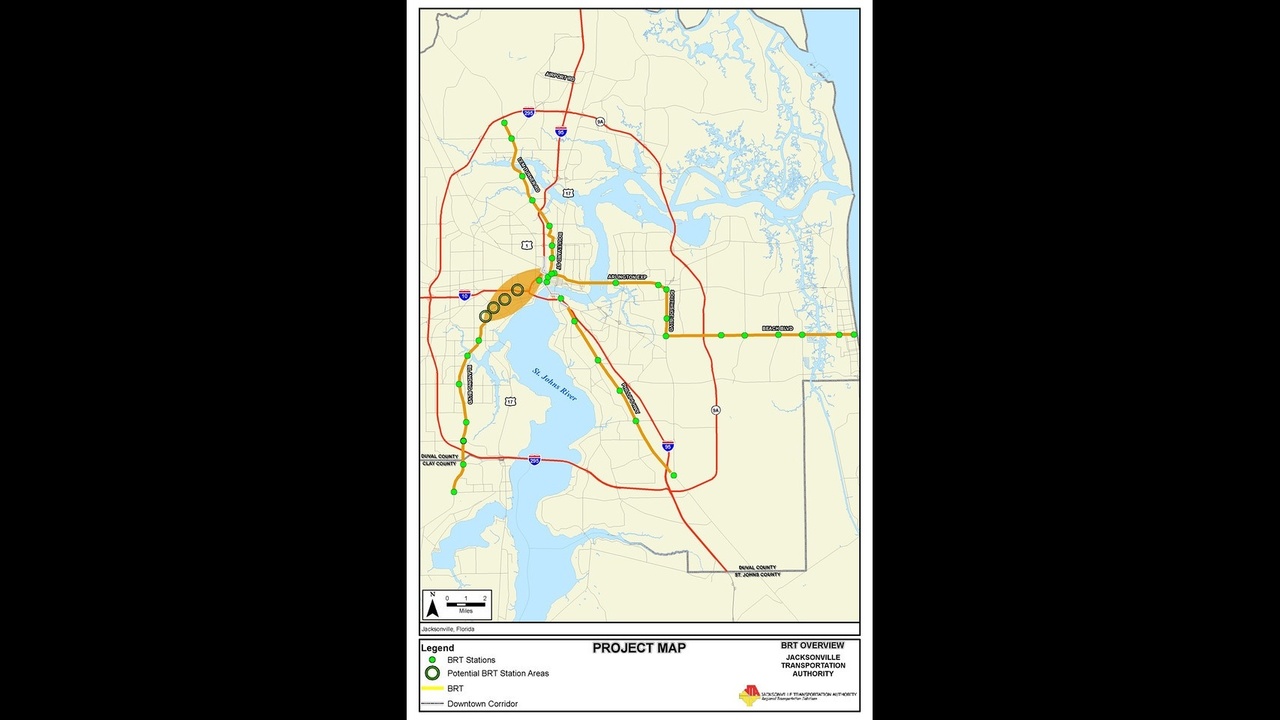 During peak hours, there will be pickups every 10 minutes; every 15 minutes during off-peak hours at these stations. Regular bus routes will also make stops at First Coast Flyer stations.

"With the limited number of stops, people will be able to get to where they need to go -- to the employment centers, the hospitals downtown, to universities and colleges -- much quicker, so that it's more of a service to connect people to these centers than it is to just hop on the fixed-route bus and take it two or three stops to the convenience stores," JTA spokeswoman Leigh Ann Rassler said.

The Northside corridor is a $33 million project, 80 percent of which will be paid for with federal funds. The rest will come from the JTA and the Florida Department of Transportation.

The service will include new buses that run on compressed natural gas, a new bus yard for CNG fillups and bus maintenance, and a new Park-and-Ride lot.

The buses will have free Wi-Fi for passengers and "transit signal priority," 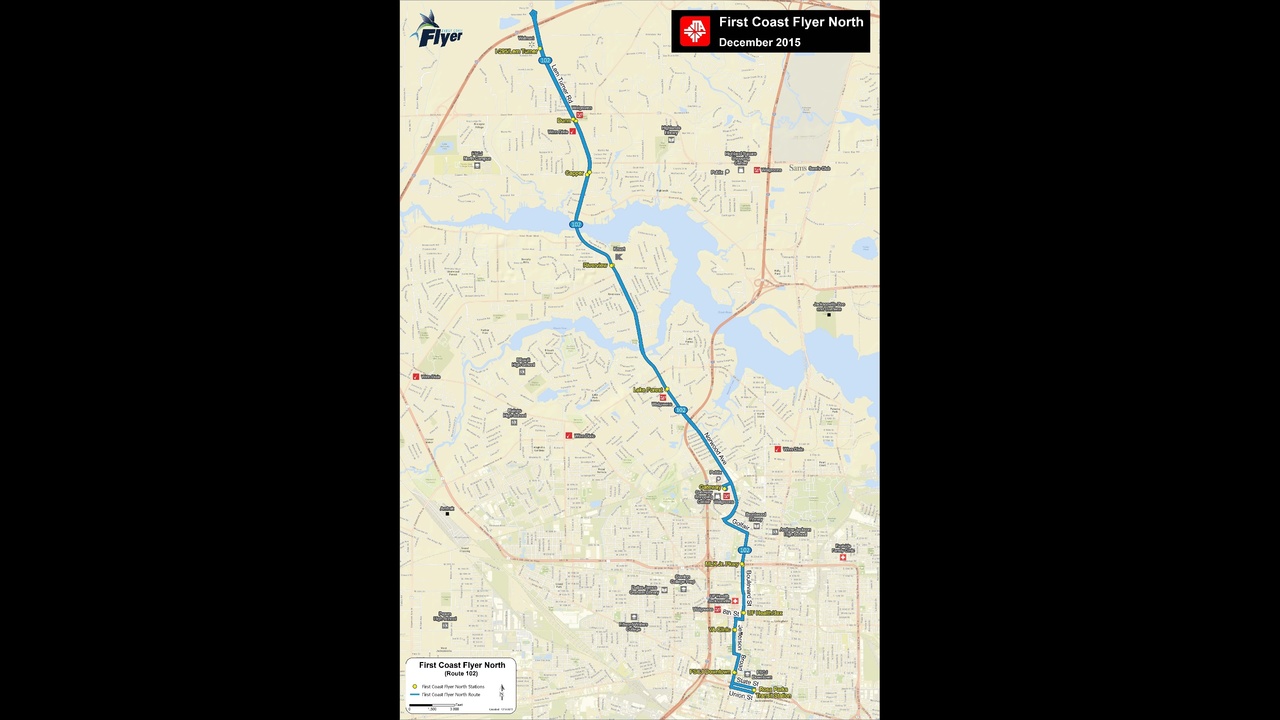 "If a bus is coming up to the intersection, it will have technology on board that will hold the green light," Rassler said. "It won't change the light from red to green, but it will hold that and it will allow the bus to move through the intersection more quickly, and that's how we will achieve those 10-minute frequencies."

The new Northside route will also include designated bus lanes along Lem Turner Road, just north of the Trout River. It is currently a four-lane road, but it was designated as six lanes. An additional lane each way will help buses get around quicker and more efficiently, efficials said.

The latest report from the American Public Transportation Association shows people that people who use the Park-and-Ride or passengers who don't own cars save about $8,000 each year taking the bus.

"They can ride a bus that's better on the environment, cleaner, more sustainable, and we're very excited about that," Rassler said.