Keeping your boat afloat: Tips to boating safely during 4th of July weekend

JACKSONVILLE, Fla. – Most know the toddler in the picture as "Success Kid." His real name is Sammy Griner and he lives in Jacksonville.

You've likely seen his picture online at some point over the past several years. "Success Kid" stands for all things motivational, but little did his family know one day it would help save Sammy's father's life.

Laney took the popular picture on Ponte Vedra Beach in 2007 when her son was just 11-months-old.

Laney posted the photo on the site Flikr and, within a year, it was huge on Myspace. Now, it's all over the Internet, still trending on social media sites like Facebook, Twitter and Instagram. It's become one of the most famous memes of all time.

Flash forward to spring 2015. His father, Justin Griner, had been going through kidney failure for several years. It runs in his family and he'd been on dialysis since 2009.

"My mother had it, my uncle had it," Justin said.

Doctors told him he needed a transplant and they put him on the list for a donation. While much of the actual surgery was paid for by insurance, his family knew they'd have big out-of-pocket costs for anti-rejection medication and other expenses related to the surgery.  It was money they needed upfront, but didn't have. The family said they wouldn't be able to be on the transplant list without proving they had the funds available.

So, in April, Justin and Laney went to the Internet and started a GoFundMe.com page to raise money.

"[Laney] set it up and it just kind of offhandedly, she contacted a few websites that are big "Success Kid" fans and just kind of let them know that we were doing it if they wanted to maybe mention it," Justin explained. "We weren't really expecting a whole lot of a response."

But the World Wide Web did respond.

"The story kind of went viral in itself," said Justin. "And in a week we wildly surpassed our fundraising goals. It was literally about 48 hours. That fast."

"The generosity was overwhelming," said Justin."It was completely overwhelming. We did not expect that kind of a response. It was just so humbling and really just restored my faith in humanity. Ha ha. It was just amazing."

Besides the money, Justin says more than 500 strangers contacted Mayo Clinic to be potential donors. And in August, the Griner family got the call they had been waiting for: the kidney was available. It came from a matching organ donor who recently passed away. Hours later, Justin arrived at Jacksonville's Mayo Clinic and got the transplant he so desperately needed.

A month after surgery, Justin is already doing so much better. 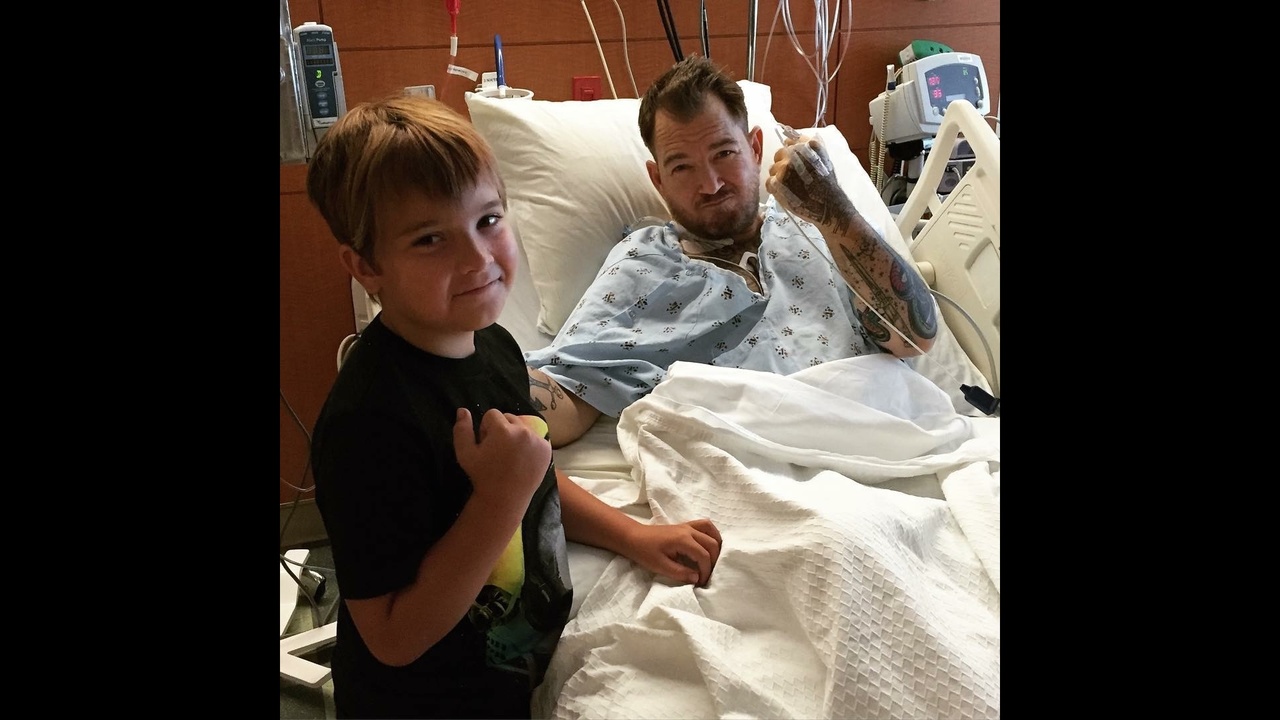 Croome operated on Griner. He said the procedure was very successful.

"He looks good even immediately after the surgery but you definitely were good and stronger and you look healthy," Croome said. "So we are very happy."

So what about Sammy, the "Success Kid?" He still has that famous pose down pat, but he's a little bigger now. Sammy turns 9 years old at the end of September and is thrilled his fame helped save his dad's life.

"[I feel] good," Sammy said. "Really good. Because I gave my dad a whole ton of money! And now he got his transplant."

Justin describes the experiences as "unbelievable."

"This has been the most amazing experience," he added.

Success. It is what you make of it. But sometimes it takes the help of others.

"It has been a humbling experience really," Justin said. "I just can't thank everyone enough."

By the way, Justin is celebrating his 40th birthday and he says he is just happy to be alive.