Track your fitness and more with this $54 smartwatch

25 cats dropped off on steps of animal shelter

YULEE, Fla. – Employees arriving for work Wednesday morning at Nassau County Animal Services found 25 cats left on the steps of the building in makeshift cages made of laundry baskets.

Surveillance cameras showed the group of adult cats and kittens were dropped off about 3 a.m.

Each cat must be tested and vaccinated before they can be made available for adoption, and the number of cats needing to be serviced all at once creates a problem because there was only one staff member working in the cat area Wednesday. 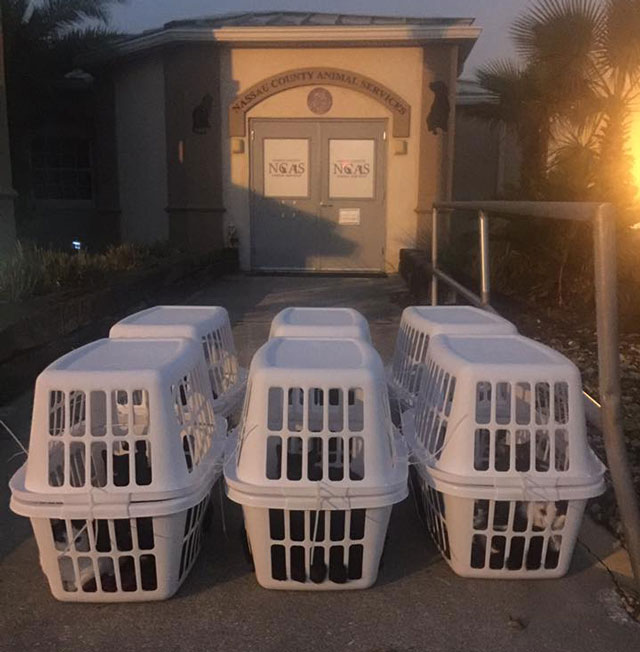 "We've had this happen a couple times in the past where they've been in much worse condition," said Timothy Maguire, director of Nassau County Animal Services. "It doesn't look like they are in very bad condition. We should be able to process them, get them what they need, then try to find them homes."

Despite signs that abandoning animals outside the shelter is not allowed, Maguire said it happens quite a bit, especially around the holidays.

"It they had called and needed help, we would have been happy to help them," Maguire said. "We've got a couple different programs, and if it was a monetary issue, as far as surrendering pets, we waive fees when we (see the) need to for people that can't afford it."

Maguire said all the cats will be spayed or neutered and microchipped, if they need to be. They are also asking anyone in the county that may be missing their cat to take a look at pictures of the cats just in case it is one that was dropped off.

Surveillance cameras did get good images of the person who dropped off the cats, but Maguire said finding that person isn’t their top priority.

"We're more about taking care of the animals then running out and trying to find out who did it. If we can figure out who did it, then we will definitely go speak with them," Maguire said.