I-TEAM: Doctor among witnesses who tried to save UF Health Jax CEO after WaveRunner accident

FOLKESTON, Ga. – Residents on the western edge of the Okefenokee Swamp are being warned to prepare for potential evacuations as a wildfire that has burned 31 square miles near the Georgia-Florida line and continues to grow.

Firefighters from Florida and Georgia have joined forces to battle the massive wildfire, which is believed to have started from a lightning strike in the Osceola Forest on April 6 and doubled in size over the weekend. As of Monday morning, the so-called West Mims Fire had consumed 20,160 acres and was only 3 percent contained.

The fire, which is near the borders of Baker, Ware and Charlton counties, started near Eddies Tower and spread into the Okefenokee Swamp.

Clinch County emergency management director Will Joyce said some residents of Fargo, a city of about 320 people, were urged over the weekend to pack bags in case evacuations are ordered.

Nearly 200 personnel from all across the country are helping fight the fire, assisted by a helicopter, 17 engines, five bulldozers, 27 tractor plows and one hot-shot crew.

The Weather Authority's Mark Collins said breezy weather over the weekend could have caused the fire to spread, but that the breeze will likely disappear for the next few days. Collins said the area is currently under a moderate fire risk. 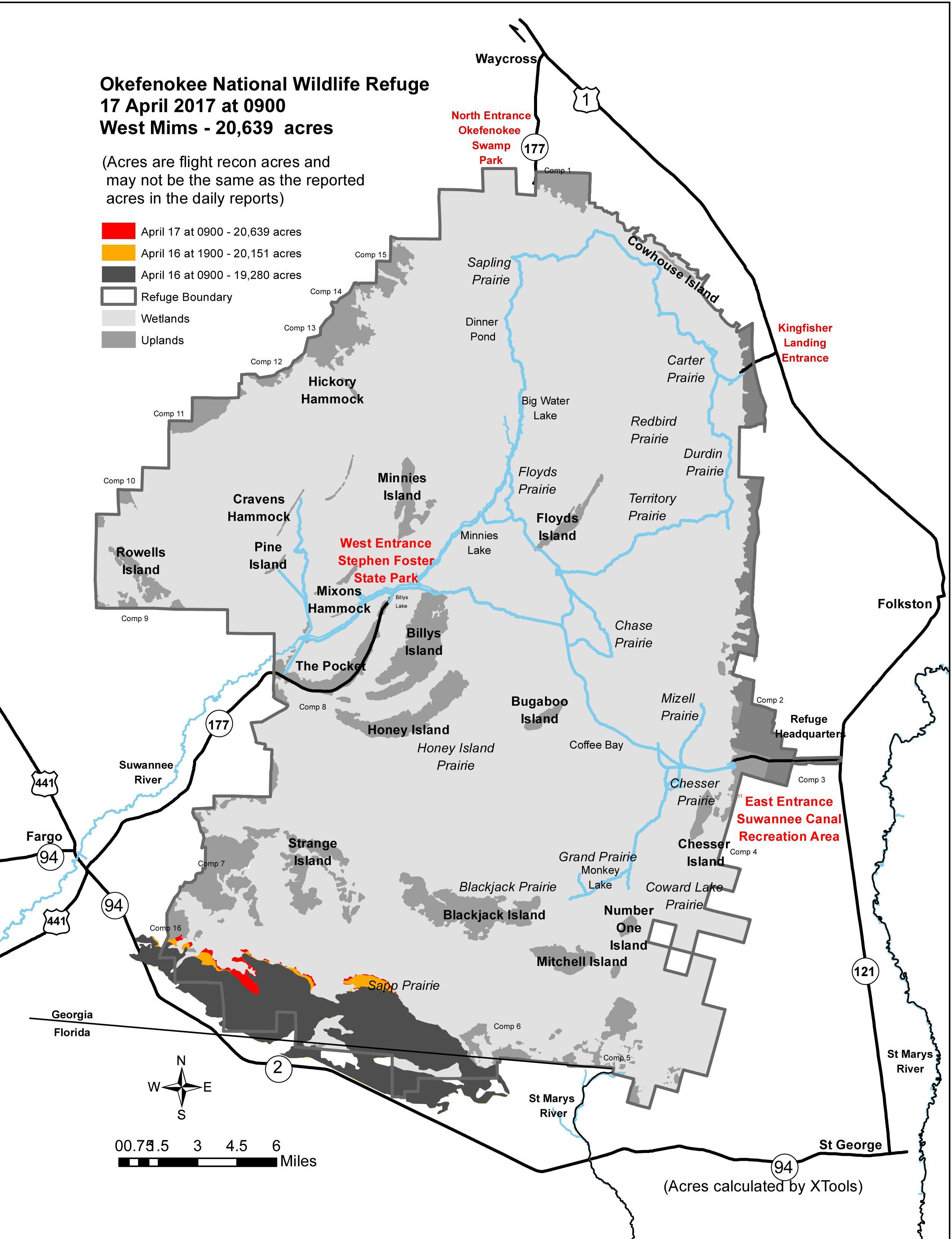 Florida State Road 2/Georgia State Road 94 from the agricultural check station at the state line to U.S. 441 in Fargo is closed due to smoke impacts and fire operations. The Wilderness Canoe Trail in the Okefenokee National Wildlife Refuge is closed.

A burn ban is in place within the Okefenokee Refuge. The ban includes fires at designated campsites and charcoal grills.

The Florida Highway Patrol closed at least three major roads across central Florida for hours over the weekend because of poor visibility.

Troopers said smoke from wildfires early Monday resulted in the closure of a stretch of State Road 528 near Orlando, State Road 407 near Cocoa and State Road 44 in Lake County.