Man sought in connection to incidents on Westside, Southside

JACKSONVILLE, Fla. – A man suspected of robbing a man and trying to rob a woman outside two Jacksonville Walmart stores is wanted by police, and the Jacksonville Sheriff's Office released photos of the man they're looking for in connection to the incidents.

On June 28, a 78-year-old man was walking out of a Westside Walmart on Normandy Boulevard near I-295 at about 10:40 p.m. According to the Sheriff's Office, a man ran up behind the man in the parking lot, grabbed a bag containing a checkbook out of his hand and took off on foot.

On Monday at 11:30 p.m., a 62-year-old woman was placing groceries in her car outside a Southside Walmart near the intersection of Beach and Southside boulevards. A man ran up behind the woman and grabbed her purse.

The purse snagged the woman's arm, and the suspect threw her to the ground, breaking her hand, police said. The suspect ran off and did not get the purse. 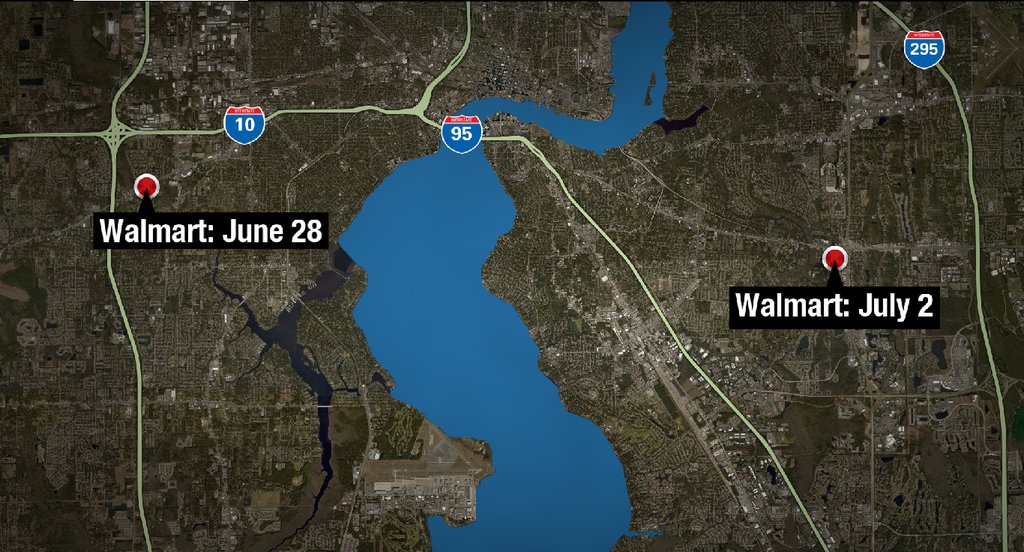 Anyone who can identify the man in the photos is asked to contact Crime Stoppers at 1-866-845-TIPS. Someone with information leading to an arrest could be eligible for a cash reward.