Landing shooting: 'It may have been more difficult for people to escape'

JACKSONVILLE, Fla. – The I-TEAM was the first to tell you Good Luck Have Fun Gaming Bar in Chicago Pizza -- the site of Sunday's mass shooting at Jacksonville Landing -- was not authorized to be open.

Now we've uncovered previous fire safety inspection records for the restaurant and learning some of the gamers inside the Madden 19 tournament Sunday may have felt trapped by the gunman.

A city leader, who wants to remain anonymous, told the I-TEAM the gaming bar should not have been in business, and that by "blocking one of the emergency exits, it may have been more difficult for people to escape when the shooter began firing."

Two of the calls made to 911 were released Thursday, and they show how frantic people were.

Wednesday, the fire marshal shut Chicago Pizza down, posting a "Cease and Desist" order on the door.

The owner of Chicago Pizza, Cliff Camastro, who also owns the GLHF Gaming Bar located inside the restaurant, was cited for three violations by Fire Marshal Kevin Jones: 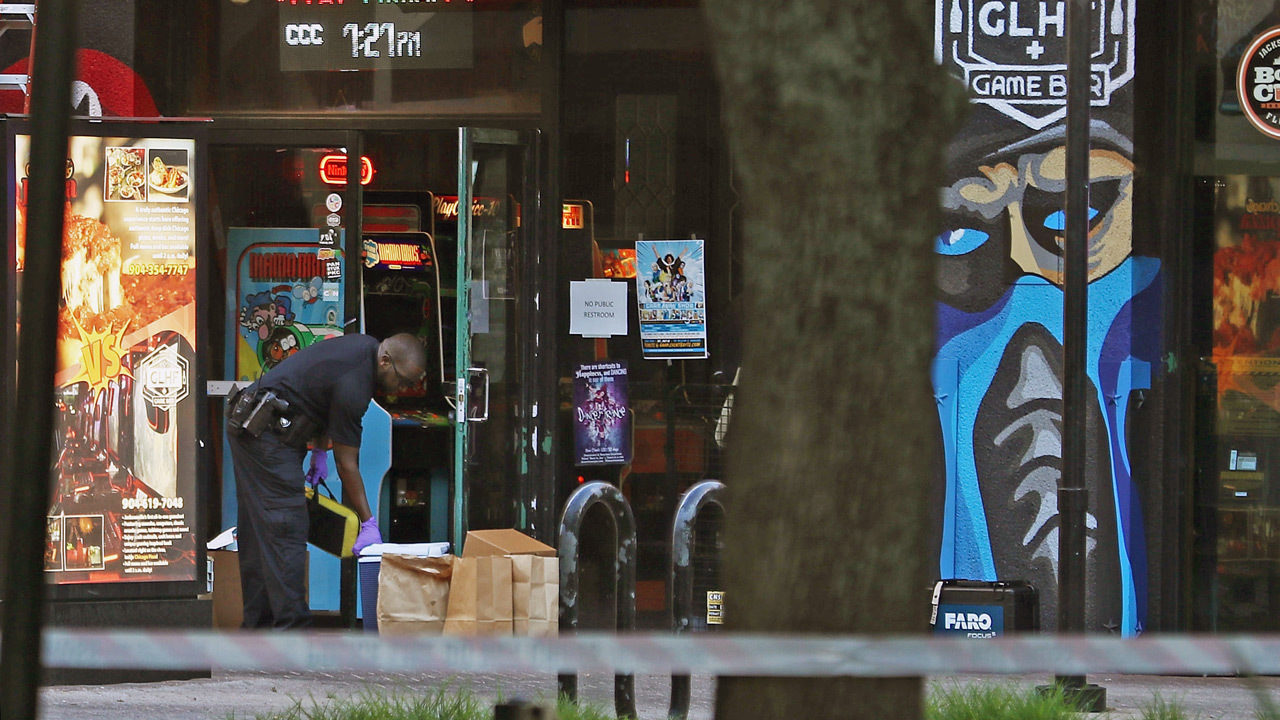 But during an inspection in October 2017, Chicago Pizza was cited for three violations related to electrical wiring and fire alarms.

On a follow-up inspection, the fire marshal found Chicago Pizza had corrected the problems so it passed inspection. However, it was noted in the report that the “...back computer room is still not being used, they are waiting to have electrical work completed.”

That computer room is the gaming bar where the 24-year-old gunman killed two people and injured 10 others Sunday before turning the gun on himself.

The I-TEAM discovered Chicago Pizza never submitted plans or pulled permits for the gaming bar -- meaning they were violating fire code and were not allowed to be open.

With the "Cease and Desist" order put in place Wednesday, Chicago Pizza is not allowed to reopen until the violations are fixed. We have reached out to the owner and will update this story when we hear back.

On Friday, Mayor Lenny Curry said the city does inspections when it can.

"When the fire marshal sees a violation, they act on (it)," Curry said. "We have awesome manpower, but we can’t be at every business all the time. That is something we will take a look (a)."