Box truck headed to help Florence victims flips on I-95

Accident not stopping mission to help with hurricane relief in Carolinas

JACKSONVILLE, Fla., – A Penske box truck carrying supplies for Hurricane Florence victims flipped Saturday when its load shifted while on Interstate 95 north at the Interstate 10 split, just past the Fuller Warren Bridge.

The 5 a.m. crash caused the Florida Highway Patrol to close all lanes on I-95, but the interstate has since reopened.

The driver, Timothy Arce, 37, was his the way to the Carolinas to donate water to the victims of Hurricane Florence when the accident occurred. The truck's roof opened, spilling the loaded pallets onto the road. The hazmat team was also dispatched because of a diesel fuel leak.

Arce was taken to University of Florida Health with minor injuries and released just before noon. No other vehicles were involved. He was driving one of three trucks from the Florida Keys packed with supplies for Hurricane Florence victims. Fellow driver Wood Campbell said their goal is to return the favor from when the roles were reversed.

"We were trying to return the favor because we were in Irma a year ago. And a lot of people came down to support us and brought down all kinds of relief supplies and labor and help. So we started fundraising last week, and we got over $20,000 worth of donations from the local community," said Campbell. "We loaded up the trucks, and of course we had a little mishap on the interstate this morning, so we're regrouping and we're going to head on to Charleston to drop off what's left of the relief supplies."

While some of the supplies were destroyed when the truck overturned, the men are determined to complete their mission.

"Once we get this delivered, we are going to talk to people that do our distribution, and find out what they think the next phase is of items that they are going to need.  Then we are going to get regrouped and try to make another run," Campbell said.

As for his friend who was hurt in the crash, Campbell is thankful that the man who spearheaded this trip is going to be OK.

"He feels worse about losing the supplies than he does about getting injured. I mean, that's the kind of guy that he is," said Campbell.

If you would like to help support their next trip, you can donate at their GoFundMe account. 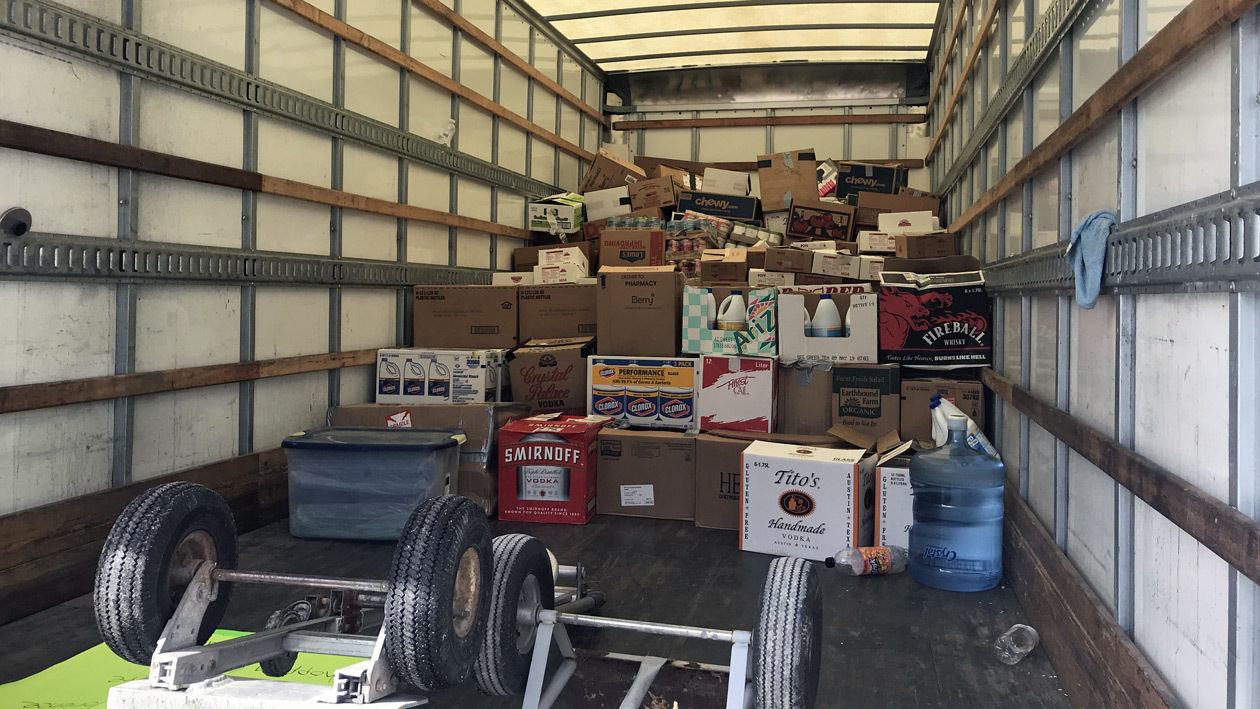