Explosives added to toolbox for ship demolition in Georgia

Opening of 1960 time capsule gives glimpse into Jacksonville's past

The time capsule was packed up nearly six decades ago during the dedication of the old City Hall building and sealed in a cornerstone. It was recently discovered inside the old City Hall Annex along Bay Street that's undergoing demolition.

The artifacts inside the time capsule included old newspaper clippings, financial documents and pictures of former council members. But one of the unusual artifacts was a pack of cigarettes.

Along with an old telephone directory, dozens of other items were pulled out of the small box and placed on table for community members to see Wednesday morning. 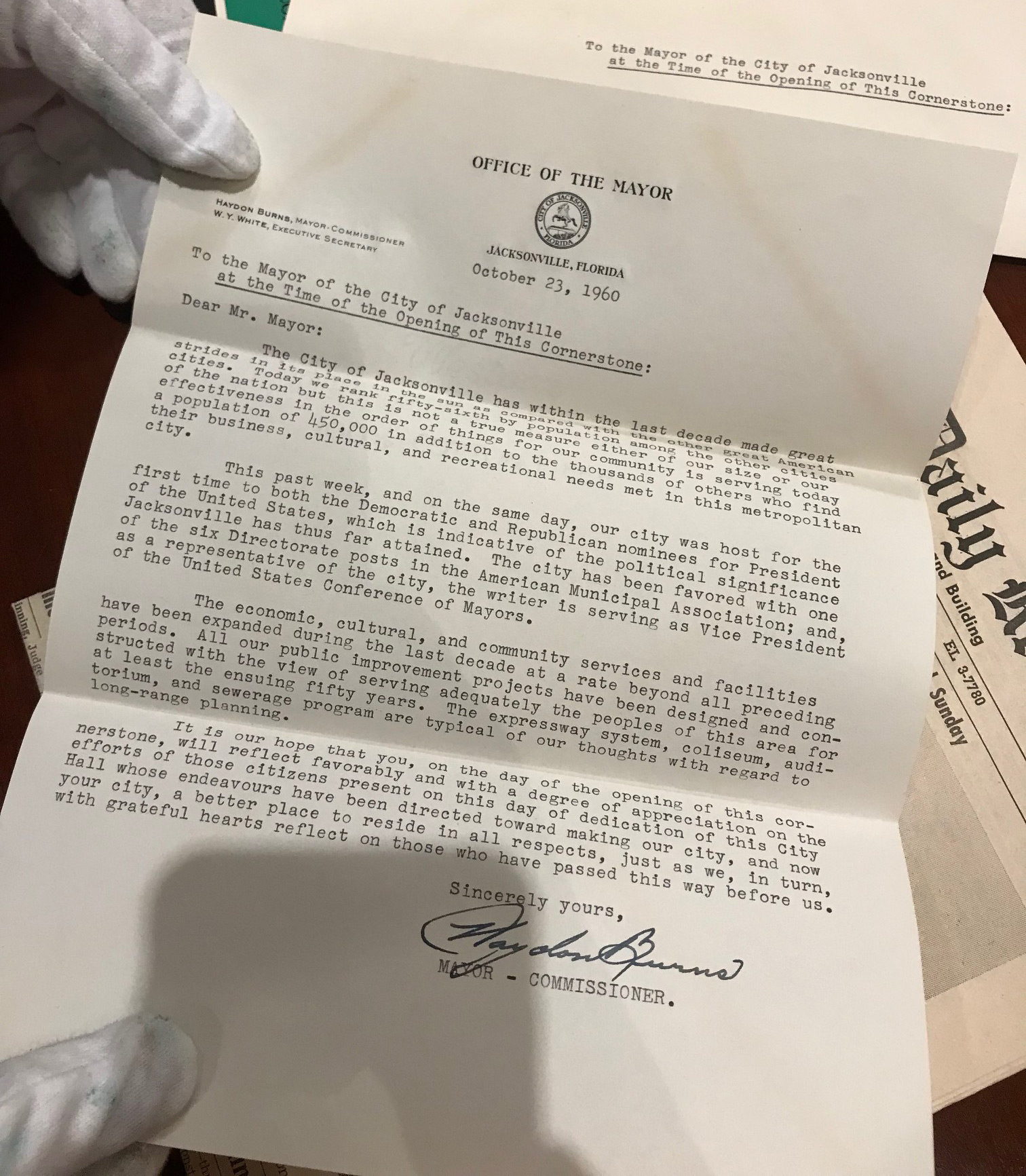 Several letters were opened, including a typed letter from then-Mayor Haydon Burns.

Curry read a portion out loud:

"A week before this letter they hosted nominees for the Democratic and Republican nominees for president of the United States, which is indicative of the political significance Jacksonville has."

There was also another interesting letter from a former councilman who was in disagreement with the layout of the City Hall Annex. 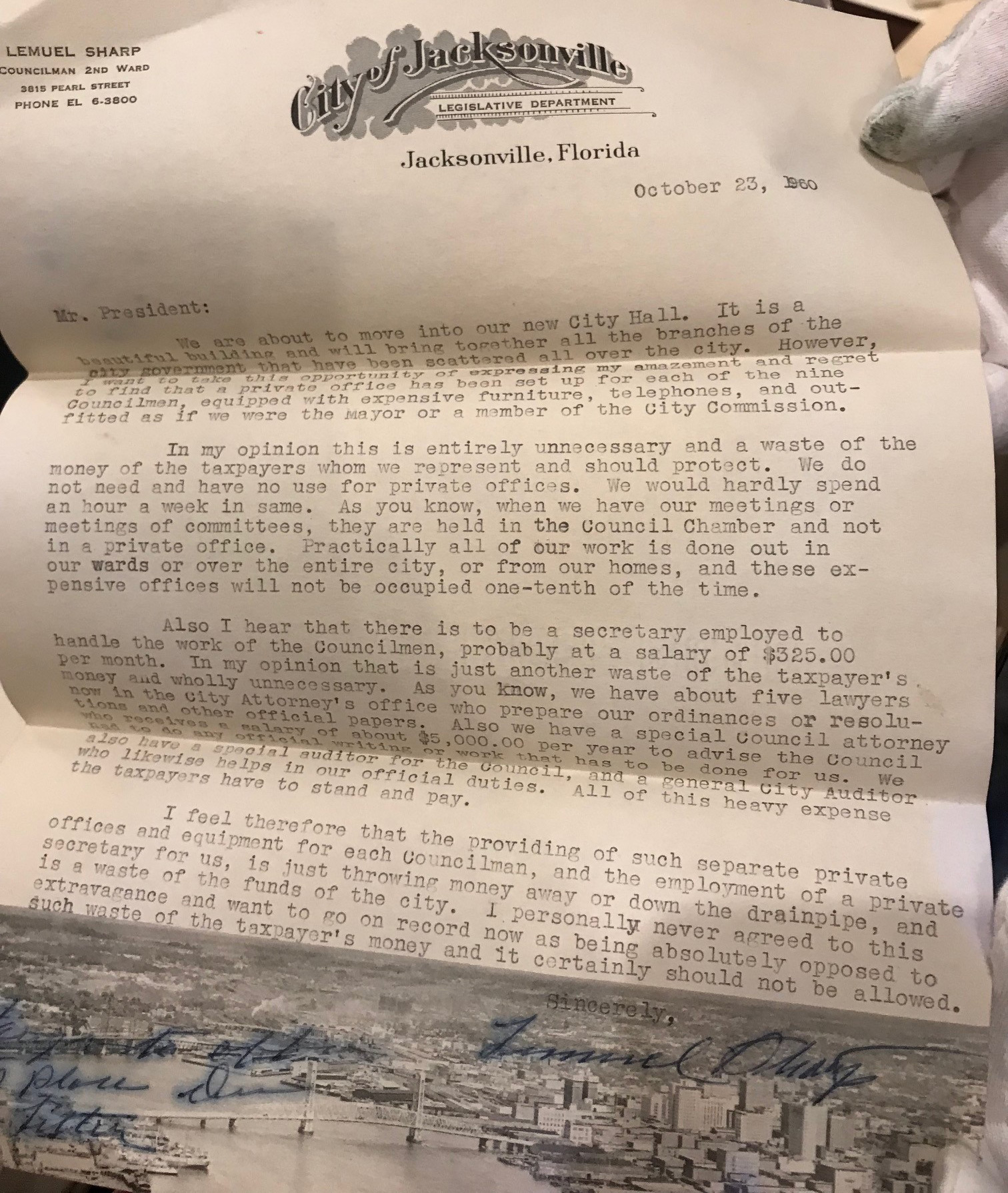 It reads, in part, "It's a beautiful building ... however, I want to take the opportunity of expressing my regret to find that a private office has been set up for each councilman, equipped with expensive furniture and telephones ... this is entirely unnecessary and a waste of the money of the taxpayers ..."

It's now the norm for Jacksonville City Council members to have their own offices and an aide.

The well-preserved items will be recorded and displayed at the Main Library downtown.