The county announced this week that the widening of Race Track Road has been completed in the area of the Pavilion at Durbin Park. But there are remaining sections of the road that are still two lanes.

Development in the area has blown up. Before crews even broke ground on the new Walmart, St. Johns County began construction on Race Track Road, widening it from two to four lanes. 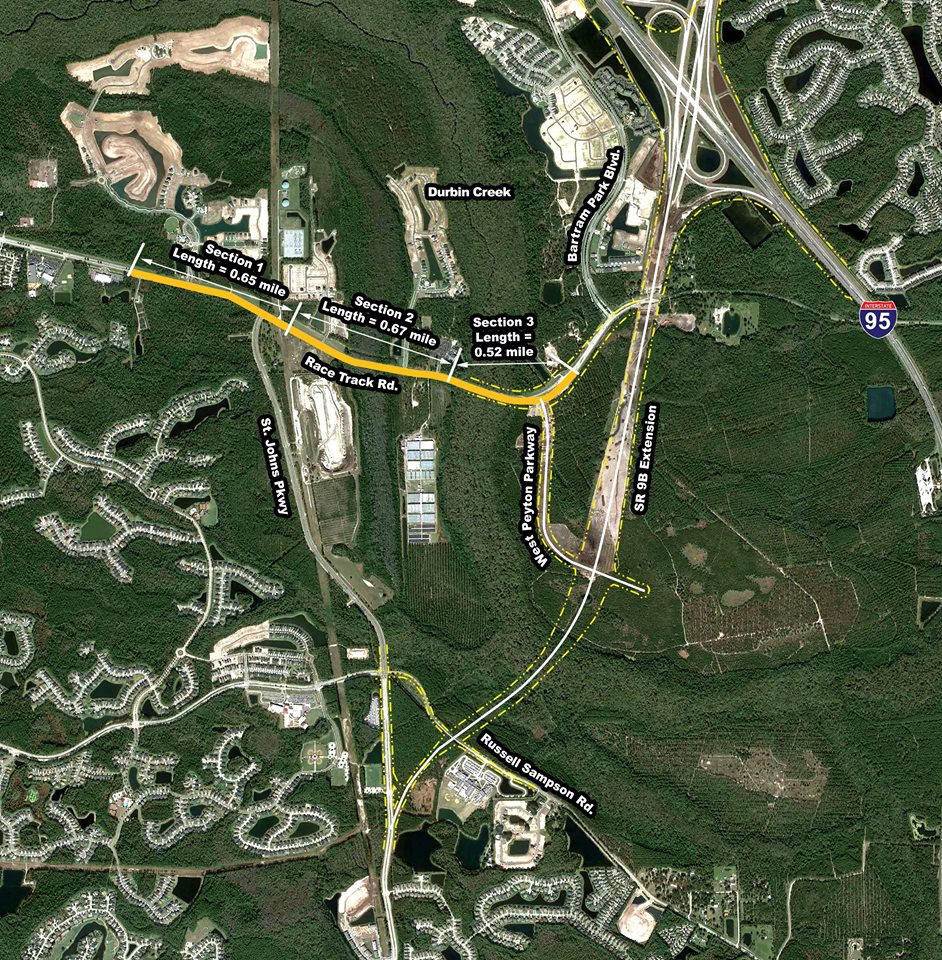 It was broken down into three sections from Durbin Creek Elementary School to Bartram Park Boulevard and includes bike lanes, sidewalks and traffic lights.

The county says Project Race Track has been completed -- the widening of Race Track Road. But drivers noticed it wasn't the entire roadway that's been widened. The county says it's up to the developers to finish the job.

"The remaining sections of Race Track that are still 2-lane fall under developer commitments for widening," reads a Sunday post on the Project Race Track Facebook page.

Sky 4 drone aerials showed Tuesday that Race Track Road east of Bartram Park Boulevard is still a narrow two-lane road. But with more homes, businesses and commercial developments going up on both sides of Race Track Road, drivers say widening the rest of it is necessary.

"The busier this area gets, the more traffic there will be, so we will have problems then," said Janet Hunter, who lives in Nocatee. "I hope they widen it."

"I hope it doesn't get too congested, I guess we'll find out," said Jeremiah Klosterman, who lives in Bartram Park. "They've stayed on top of most of it. Maybe the developers will pick up the rest."

The St. Johns County Engineering Division says plans are in the works with developers to widen more of Race Track Road, but did not give a timetable.