Security guard accused of abuse on student: Not enough training to handle situation

Police want man for questioning in at least 2 armed holdups

Contentious election expected as rival, others aim to unseat Curry

Anna Brosche tosses hat in ring; others sign up to run for city offices

The deadline to file to run for city office was noon Friday.

Brosche arrived at the Supervisor of Elections Office just before 8:30 a.m. and filed the paperwork to join the mayoral race.

Rumors had been flying that Brosche would challenge Curry, whose political action group began running attack ads against Brosche in December, well before she officially filed to run.

Some say that's a sign that this year’s municipal elections are going to be loud.

At an afternoon rally held at Bleu Chocolat Cafe in Springfield, Brosche told supporters that the city deserves a mayor who will look out for everyone in the community, not just financial donors and special interests. "You deserve better than Lenny Curry," she said, calling him a bully.

Curry released a statement Friday in response to a request for comment:

"I look forward to another four years of fighting for Jacksonville’s families. I’m proud to stand on my record of prioritizing the fight against violent crime, creating jobs and passing four unanimous balanced budgets without raising taxes."

Brosche and Curry have been at odds since her presidency on the City Council. She said she plans to focus on crime and making government open and she won't restart talks about selling JEA, something Curry and the council butted heads over last year.

"We went through a very thorough process through the special committee work and produced a report that shared the value of the JEA to citizens from many different angles," Brosche said of the city-owned utility. "(For) many different reasons, I am not in support of selling JEA."

Republican Jimmy Hill is also hoping to oust Curry from the Mayor's Office.

"We can work on these big issues. The crime, the neighborhoods that have been left behind and the corruption, quite frankly, can be handled in a better way, and we can solve it by transparency and a lot of integrity," Hill said. "It’s doing the right thing, even when people aren’t looking. That’s the big piece of it."

And Omega Allen, an NPA candidate who ran for mayor four years ago but said she was ignored, plans to make a statement this time.

"I think it’s time we do things differently in Jacksonville without control of partisan parties and special interest groups and individuals," Allen said.

Council member Garrett Dennis had discussed with his political adviser the possibility of running for mayor or supervisor of elections, but he decided Friday to run for re-election to his council seat instead.

"There is a lot of work that still needs to be done in my district," Dennis said Friday. "My voice is needed on the council to restore checks and balances that have been lost in the past four years."

Two write-in candidates qualified but voters won’t see their names on the ballot.

The first election is in March, and if one person gets over 50 percent of the vote, they will win without going to the general election in May.

Sheriff Mike Williams, a Republican, has qualified for the election, as has one of his former opponents from the 2015 election, Democrat Tony Cummings -- who finished fifth in the first election that year.

As of Friday's deadline, which comes 67 days before the city election, council members Aaron Bowman and Danny Becton are running unopposed, as is Supervisor of Elections Mike Hogan. 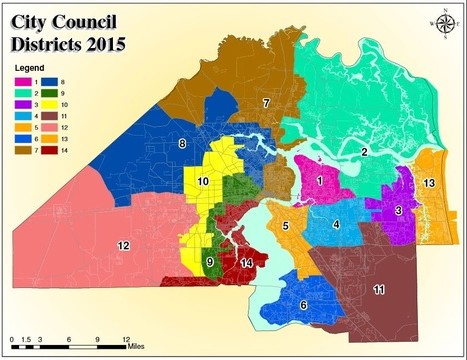 Other races to watch

Despite being suspended following a federal indictment, City Councilwoman Katrina Brown filed for re-election to her District 8 seat Friday.

Brown and fellow council member Reggie Brown, no relation, are accused of fraud charges connected to a loan the city made to Katrina Brown's family barbeque business.

The race is shaping up to be a crowded field. Ju'Coby Pittman, who was appointed to the seat temporarily, is now hoping to be elected to the office, and three others have qualified to run.

Among the other high-profile City Council races are Arlington's District 1, Northwest Jacksonville's District 10 and At-Large Group 4.

For District 1, incumbent Democrat Joyce Morgan is going to be challenged by former council member and candidate for mayor Bill Bishop, a Republican who has already raised slightly more money than Morgan.

In District 10, Republican Terrance Freeman was picked to replace Reggie Brown after he was also suspended. Freeman, who came under fire at first for not living in the district, is now going to run for At-Large Group 1. Five others have qualified to run for the seat, which Brown is not eligible to run for again because of term limits.

The At-Large Group 4 seat, which is open because of term limits, is also drawing some big names. Former council member and 2003 mayoral candidate Matt Carlucci is already campaigning. Joining him is outspoken former City Council member Don Redman and Harold McCart. All three men are Republicans.

News4Jax political analyst Rick Mullaney said Democrats made a strong showing in the last election and that could spill over into the spring.

Candidates can qualify to run for city office by paying a fee or by submitting petitions.