Pilot who survived being shocked is off on new venture

Police: 2 struck by gunfire hit man, dog while driving up to gas station

Willard’s Bar-B-Q off San Juan Avenue had a banner displayed below its restaurant's street sign that said “Welcome Here” with the outline of badges and a “thin blue line” in honor of law enforcement.

“During a time when a lot of officers were being attacked and just their credibility was attacked,” Willard said. “I just felt like we could do something, so they would know that, 'You can come here and we welcome you and we appreciate you and respect you.' That was the whole meaning for the sign.”

But the restaurant's banner was taken Thursday. In its place were stickers on the sign poles that read “Who do you protect? Who do you serve? All cops are bastards” and “Every cop is a class traitor.”

The staff doesn't know who did it, because there's no surveillance video. But Willard said he was more upset over the message the theft -- and what was left in the banner's place -- sends to officers than the fact he lost his property. 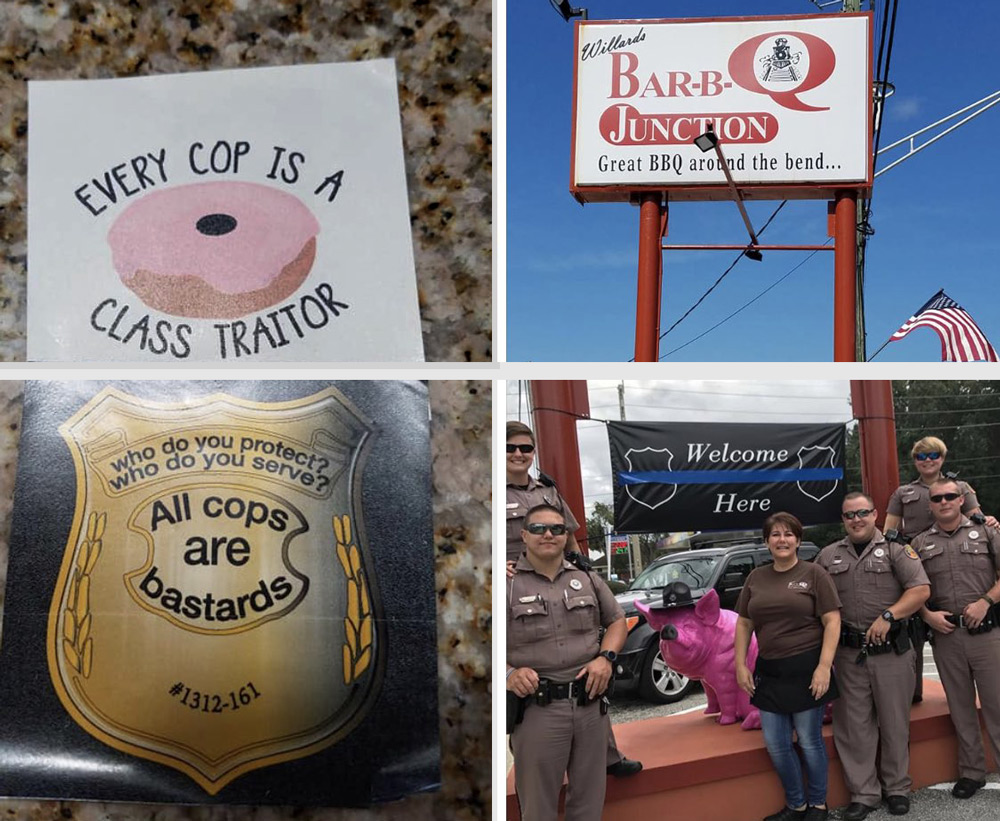 “These guys and girls are out there putting their lives on the line for us every day and that needs to be appreciated,” Willard said.

He already has a plan to hang an even bigger sign -- this time high enough that it can't be easily stolen.

“I guarantee you whenever they need the police officers -- even if (the officers) know who did it -- they're still going to respond and help them and provide them with what they need,” said Steve Zona, president of the Jacksonville chapter of the Fraternal Order of Police.

“I would encourage the public -- everybody in the community who supports public safety, who would support a business owner who is vandalized like this -- to go eat at Willard's,” Zona said. “Show them the support they deserve and eat at Willard’s as much as you can.”

Willard said his new sign will be hung up by Tuesday, and he and his staff will continue to support men and women of law enforcement 100 percent.