Travelers were rescreened after passengers ran through security

ORLANDO, Fla. – A Transportation Security Administration agent is dead after he jumped from a balcony in the Hyatt Regency Hotel at the Orlando International Airport, according to officials from the Orlando Police Department.

It created a panic that brought some security checkpoints to a halt for several hours on Saturday.

Panicked passengers rushed past checkpoints leading to about half of the gates at Orlando International Airport after the man jumped, resulting in the checkpoint closures and delays.

The TSA officer in his 40s died from an apparent suicide, according to the Orlando Police Department, which described it as an isolated incident.

"Our hearts are with the TSA family during this very difficult time," the department tweeted.

The man jumped from a hotel balcony inside the airport into the atrium where passengers wait to get through security.

The officer was pronounced dead after being taken to a hospital, according to the police.

The airport tweeted that passengers who rushed past checkpoints were returned for a second examination out of an abundance of caution. The standstill and rescreening caused delays for passengers who had to wait at least an hour and a half.

Some flights were delayed and passengers were warned to give themselves plenty of time to get through security.

"We ask that you have patience with airport personnel as they work through this tragic incident," the Orlando Police Department tweeted.

OIA spokeswoman Carolyn Fennell said the man jumped from a floor just above the east security checkpoint. Because of that, some passengers may have gotten through the checkpoint without being screened.

This is an isolated incident within the atrium area of the airport. Any reports of suspicious vehicles related to this incident are FALSE. The person that jumped has been pronounced deceased...

All passengers at gates 70-129 were rescreened and there were many delays in the process, according to Fennell. Flights arriving to those gates were also delayed. The Federal Aviation Administration's website states that departing flights may also be delayed.

TSA officials said they are working with police and the Greater Orlando Aviation Authority to return airport operations to normal.

Crowds of people, outlined by neon yellow police tape, were seen waiting to get through the security checkpoint on Saturday

Police asked passengers to be patient with airport staff as they work through the incident.

The identity of the TSA officer who died has not been released. 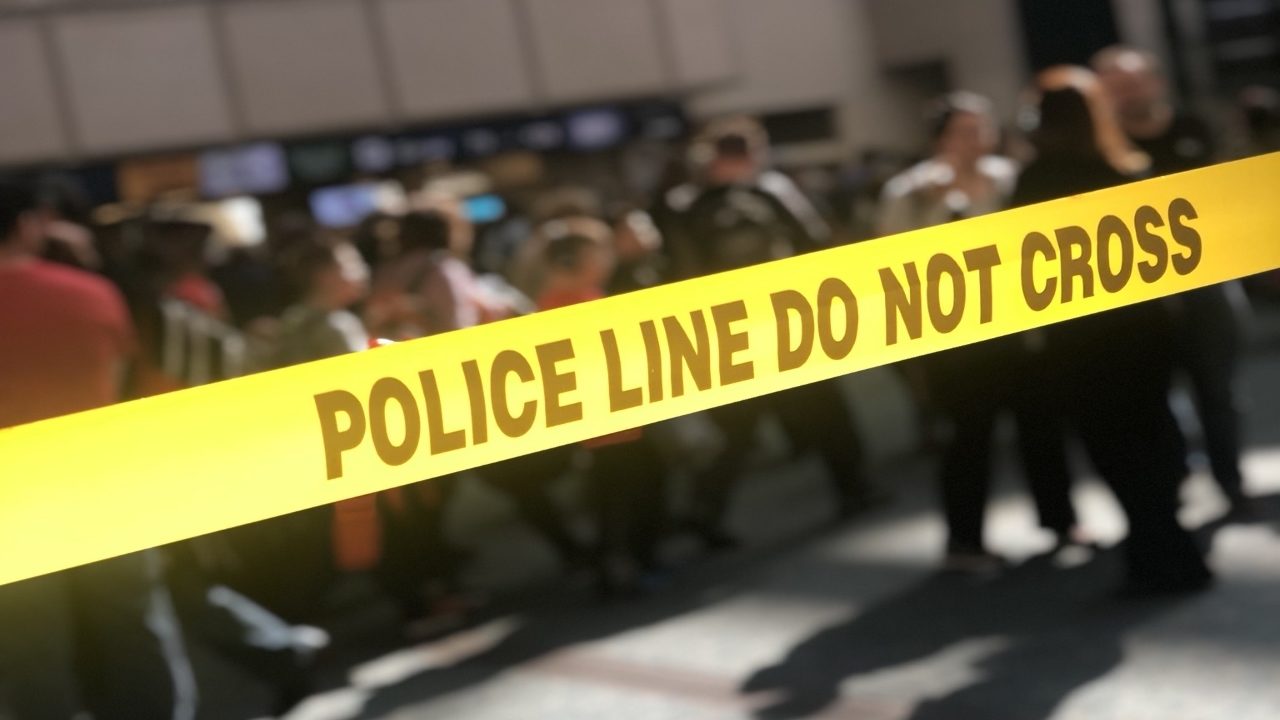