‘Birthplace of freedom’: Fort Mose treasured for its historical importance

JACKSONVILLE, Fla. – City Council has five at-large seats that are elected citywide. Each of the city's 14 districts is also represented by a council member elected by voters in that district. Each candidates' party affiliation is listed on the ballot, but the city holds unitary elections, so Duval County registered voters of any party can vote for any candidate. If one candidate gets more than 50 percent of the vote in the March 19 election, that person wins the office. If not, the two candidates with the most votes will appear on the ballot of the city's second election in May.

Group 4 is an open seat as Greg Anderson is finishing up his second term and cannot run again. A former councilman, a two-term district councilman and a political newcomer are vying for the at-large seat.

News4Jax asks each candidate for office a uniform set of questions hoping to get beyond campaign statements or media filters to help voters decide which candidate they will support. Below are the candidates' verbatim responses. 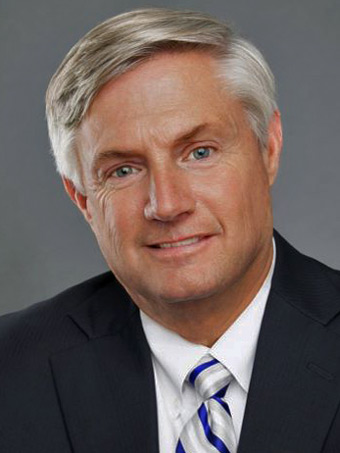 Candidate's family: married 40 years to karen and have 2 sons matther Jr. and Joseph II and 3 grandchildren

How can you help voters in a way that others running for this office cannot?
I will:
•    leverage the experiences from my personal life, as a 40-year small business owner of a State Farm insurance agency (with the issues of flooding and sea level rise the time is right to have a City Council member from the insurance industry),
•    my public service experience, 3 terms on the Jacksonville City Council, serving as Council President and finance committee chair, 2 terms on the Florida Commission on Ethics including a year as Chairman,
•    my many leadership positions with the not for profit sector.

What would you hope to be remembered for accomplishing after serving in this office?
I would like to be remembered for making Jacksonville a better city for the next generation; for having the ability and courage to pull all our city together in order to boldly tackle our difficult issues.

Political experience: I have none, except for working on Ed Austin's campaign which allowed for an internship with Jacksonville's Downtown Development Authority through Jacksonville University. While interning for the DDA I oversaw the signage plan modeled after Orlando's Church Street Station to make the City of Jacksonville more centric (a point of destination). This was a plan that had been worked on for two years with no completion. I redid the whole plan in half a semester and it was institued soon after my efforts in civil engineering.

Public safety, Infrastructure, Retaining and bringing business to Jacksonville through incentives and holding business accountable to the incentives.

How can you help voters in a way that others running for this office cannot?
I want to help our city with a new fresh approach learning from past mistakes to make better decisions for Jacksonville's future. I will make sure to research every issue before making a decision by relying on subject matter experts to ensure that I am fully informed.

What would you hope to be remembered for accomplishing after serving in this office?
I would hope that after my time on the City Council that people would think that our city is a better place than when I arrived with cleaner waterways, robust schools, stronger first responders and a plan to keep pace with Jacksonville's growth,

Commitment to the position, understanding how to accomplish the needs of the city. People, public safety and education.

How can you help voters in a way that others running for this office cannot?
More recent experience. Honest and open approach to the people and whatever comes up to better our city. I've been involved in a number of volunteer organizations, where I'm still currently serving so I am very aware of the needs our city faces today.

What would you hope to be remembered for accomplishing after serving in this office?
Being fair, staying committed and always responding to the people's cares and concerns.

Early voting runs from March 4 through 17 at more than a dozen locations, with all Duval County precincts open from 7 a.m. to 7 p.m. on March 19. Vote-by-mail ballots are available from the Supervisor of Elections Office and must be returned by 7 p.m. March 19.