4 warnings, a watch and an advisory in effect for 20 regions in the area

Get an eviction notice? Here’s the first thing you should do

JACKSONVILLE, Fla. – Shots fired during a pre-dawn robbery of an Arlington business Saturday ended with a teen dead, a woman hospitalized and a pickup truck crashed through the fence of a school in Glynlea.

Jacksonville homicide Sgt. Chuck Ford said a pickup truck with four people inside crashed on the campus of the Bridge Prep Academy on Atlantic Boulevard about 4 a.m. Inside officers found Jacob Daniel Jette, 18, and a woman shot. He said both were taken to local hospitals but the Jette died.

Officers were told the two were shot at the I & S food store on Lillian Road in Arlington, where police were told a man got out of another vehicle and confronted them. After being hit by gunfire, Jette drove the pickup about two miles until he crashed onto the school property. 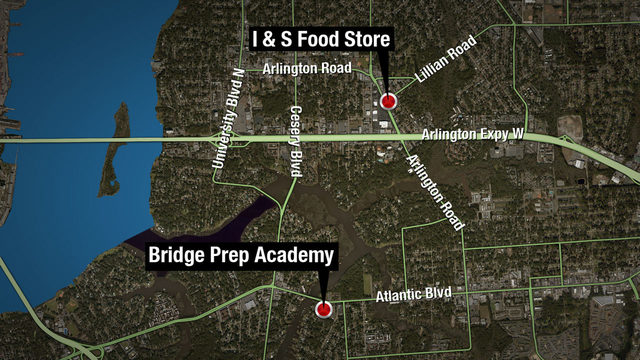 Investigators are not sure who the shooter is but said multiple shots were fired.

Ford said witnesses are cooperating and they are looking for a man in connection with the double shooting who likely fled in another car, possibly with other suspects.

The names of all the victims have not been released and police said they do not yet have a good description of the suspect or the other vehicle.

After hours of gathering evidence, the pickup was towed away while officers continued investigating at the robbery scene. They were hoping to locate any possible video from surveillance cameras that may have been operating in the area.