Thanks to you, Georgia woman gets 600+ cards on 70th birthday

Prosecutors: Man cheated investors out of $3M, lived on run for 2 years

A 64-year-old Tennessee man who pretended to be a Harvard-educated psychiatrist while on the run from fraud charges in Ponte Vedra was sentenced to 20 years in prison Monday by a judge who said the man had “larceny in his heart,” federal prosecutors said.

George David George, of Franklin, Tennessee, was caught by U.S. marshals on Jan. 4 and pleaded guilty Monday to seven counts of wire fraud and one count each of mail fraud, securities fraud and money laundering.

George was first charged in May 2015 and the wire charges were added in February 2017, but he didn't show up for his May 2017 trial and instead somehow ditched his ankle monitor and went on the run, living in multiple jurisdictions under several fake names, prosecutors said. 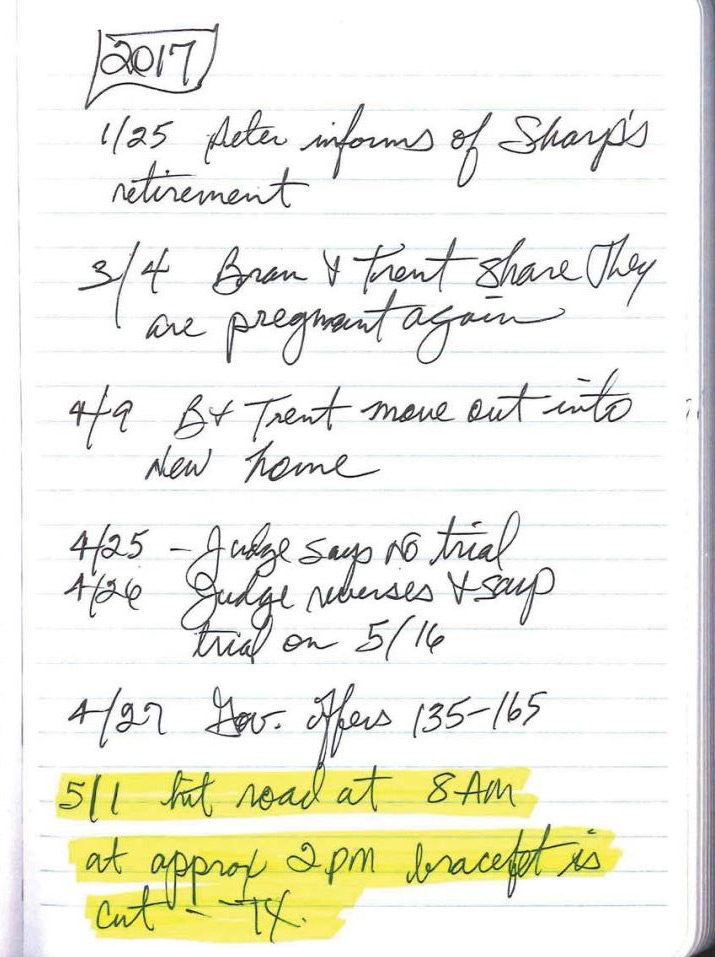 George was found living in a Ponte Vedra Beach condo under the alias Stephen Olivier. A spokesperson for the U.S. Attorney’s Office for the Middle District of Tennessee provided a journal entry from a diary that was seized from the condo this year when it was raided by U.S. marshals. The spokesperson also noted psychiatry books were found in the condo.

According to prosecutors, George was pretending to be a psychiatrist and rented an office in a North A1A business center for his "Beach Family Therapy" business.

His business card didn't include his name or credentials and mentions nutrition and fitness more than therapy -- one of many red flags for a woman who worked at another business in the complex.

“He didn’t have any credentials on his wall, and I thought it was very odd,” Amanda Traub said. “I asked the receptionist and asked her inadvertently, 'Hey, does he have anything up yet?' And she would say, 'No, not yet.'”

As Dr. Olivier, George “treated” patients, including a 16-year-old boy whose mother testified against George during his sentencing hearing, prosecutors said. She said she paid him $750 to treat her son for depression, and that George had “therapy sessions” with her son and eventually gave him Clonazepam.

Prosecutors said George got the pills from a woman he met on Match.com. They said he was in a romantic relationship with her and the two lived together, but that he lied to her about his identity.

The teen's mother said that after her son took the medication, he became suicidal and had to be hospitalized.

Before George moved to Ponte Vedra, he'd lived in Huntsville, Alabama, as “Stephen Olivier” and in Houston as “David Brown,” prosecutors said.

They said he used a fake international driver's license with his photo and the name David Brown in Houston, where he ran a sports membership business and cost his investors significant losses.

Prosecutors said George created the Stephen Olivier alias in Huntsville by using ID documents stolen from a neighbor he had befriended. He worked at a Mercedes dealership in Huntsville and leased a $70,000 Mercedes using the stolen identity, according to investigators.

In sentencing George to 20 years in prison, U.S. District Judge Billy Roy Wilson said he felt it was his duty to protect the public from George's pattern of fraud and deceit.

According to prosecutors, that pattern began in Brentwood, Tennessee, where George bilked dozens of investors out of $3 million in a bogus investment scheme.

Prosecutors said George convinced backers to invest millions in WellCity, Inc., which claimed to operate a social network devoted to wellness. But, they said, he lied about the company's earnings and sponsorships and kept falsely promising that the company's stock would soon be traded publicly.

George also breached contracts with dozens of investors and owed them millions of dollars and kept offering shares in WellCity stock even after the state ordered him to cease and desist, prosecutors said.

“I commend our prosecutors, law enforcement partners and the many victims who persevered throughout the life of this case,” Cochran said in a news release. “Because of their tenacity, Mr. George will have little to no chance of inflicting his many deceitful scams upon anyone else as he spends the next 20 years in prison.”

Wilson also ordered George to pay $2,833,968.77 in restitution and ordered that he remain in custody to begin serving his sentence.