Mother of prisoner on unrest at Georgia prison: ‘It was disturbing. It was hurtful'

JACKSONVILLE, Fla. – Ben True set the pace on the 38th annual Gate River Run, crossing the finish line at 44:03 for his third straight victory in America's largest 15K. Over the next two hours, thousands more completed what for many was their longest race of the year.

True, 29, held off Christo Landry through San Marco than passed the fastest woman, Olympian Amy Hastings, on the exit ramp of the Hart Bridge to win the $5,000 equalizer bonus.

"We were picking off the women along the way," True said. "I though Amy would be in the lead, but I couldn't see her yet. so I started to get a little worried. Luckily I saw her when I was crossing the hill, so I was able to turn it on and catch her."

It was 32-year-old Hasting's first River Run win on her third try, crossing the finish line at 50:18. 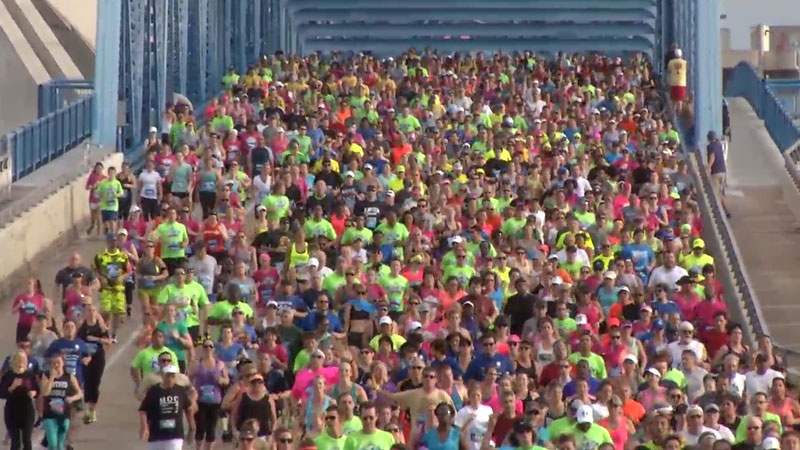 "You just push off the hills and don't think about what's behind you," Hastings said. "You just go for it. And then on the way down I just try to go as fast as I can."

The top local finishers were Cesar Lizano of Jacksonville in 47:34, and Kelsey Beckman of Atlantic Beach in 57:10.

Another 1,220 runners registered for the Gate River Run 5K -- up from 1,000 people last year. Hundreds more participated in a 1-mile fun run or the diaper dash, making this Jacksonville's largest participatory sporting event.

The Gate River Run once again serves as the USA 15K Championship with some of the top athletes in the world competing for $85,000 in prize money. 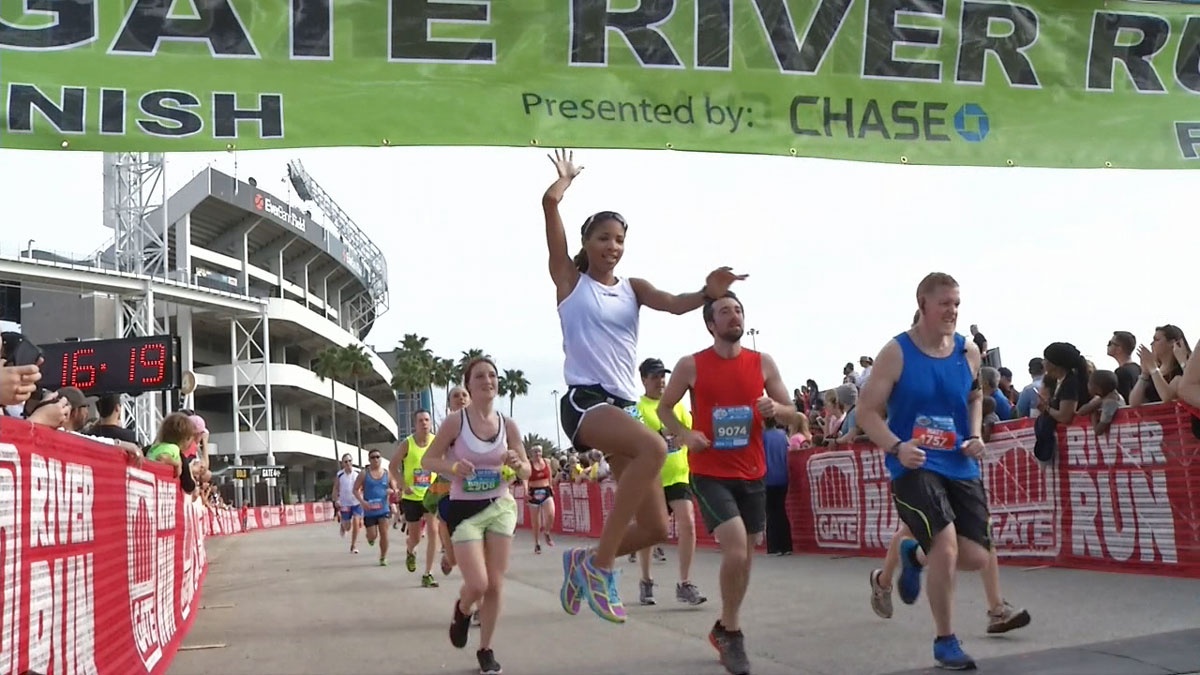 The race is the site of the men's and women's 15K American records, women's masters record and is a Runner's World "Top 100 Event."

This year's elite field was one of the strongest ever, including the men's defending champion, Olympians and former Gate champions.

New this year, the Adecco Downhill Mile Challenge awarded $1,000 to the fastest man and woman in the last mile of the course, most of which is the downhill on the Hart Bridge, aka "The Green Monster." True won the additional price, bringing his total paycheck for the day to $18,000.