In this week’s restaurant report rodents, roaches, and flies oh my!

Report highlights deficient bridges. How many are in northeast Florida?

JACKSONVILLE, Fla. – While Florida rates well in a review of the nation's bridges, five rated structurally deficient in northeast Florida are among the 25 most-heavily traveled in the state.

Those five are among 265 -- or 2.1 percent -- of Florida's 12,355 bridges that were classified as structurally deficient in a report released by the American Road and Transportation Builders Association. Eight of of those 265 bridges are on interstate highways.

The bridges are among 693 the state has identified as in need of repairs, with a cost estimate of $1.7 billion.

FDOT's Troy Roberts also wanted the public to know that structurally deficient does not imply that the bridge is unsafe.

"A structurally deficient bridge, when left open to traffic, typically requires maintenance and repair to remain in service and eventual rehabilitation or replacement to address these deficiencies," Roberts wrote in an email to News4Jax.

The ARTBA report was released just before President Donald Trump was expected to address the country's aging infrastructure during his State of the Union address Tuesday night.

According to the report, if all of America's deficient bridges were placed end to end, they would stretch from New York City to Miami. At the current rate of repair or replacement, it would take 37 years to fix them all. 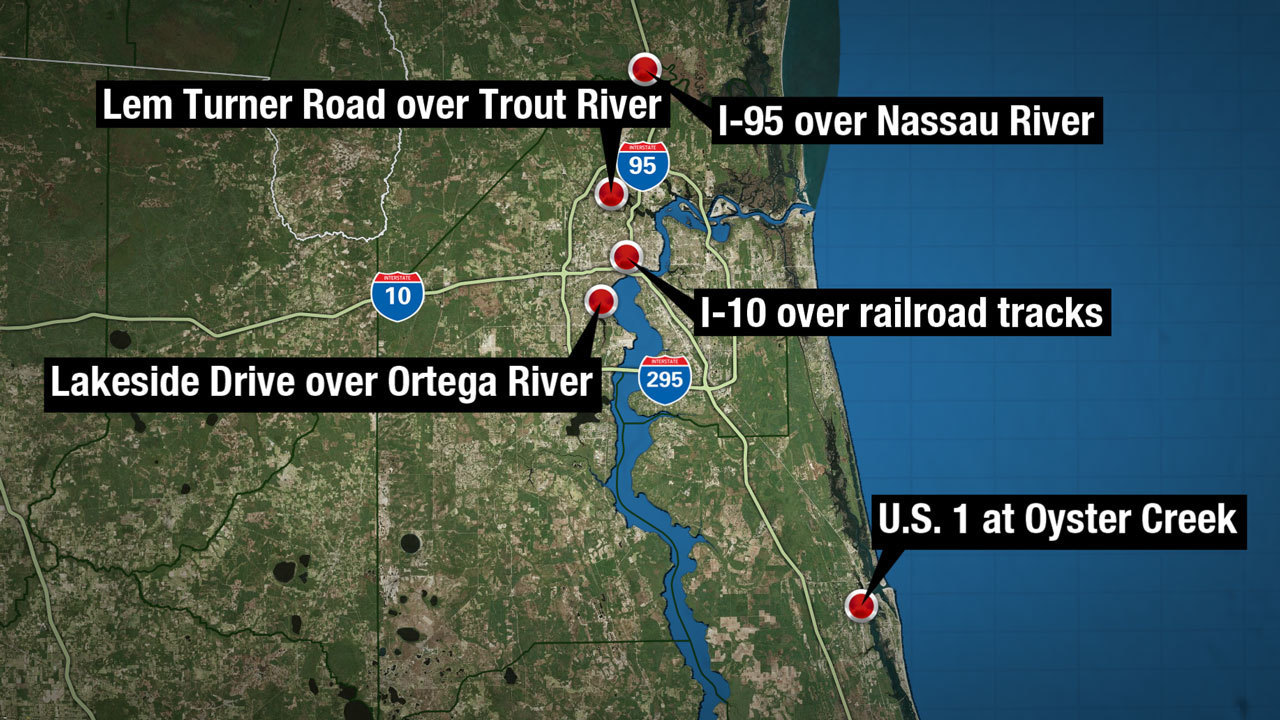 Point to bridge on map to read details