Tree falls on home, debris & damage left in wake of storms in Jacksonville

Thousands were without power during the storms

JACKSONVILLE, Fla. – As storms packing heavy rains and lightning rolled through the Jacksonville area Wednesday afternoon, a tree fell on a home in the Ortega neighborhood.

The tree fell on a house on McGirts Boulevard near the intersection of Grand Avenue. Debris from trees were left all over the roads in the area.

"It was absolutely crazy," said Elizabeth Loftus, a neighbor. "You could see the water blowing up off the river. It was the craziest wind I'd ever seen. 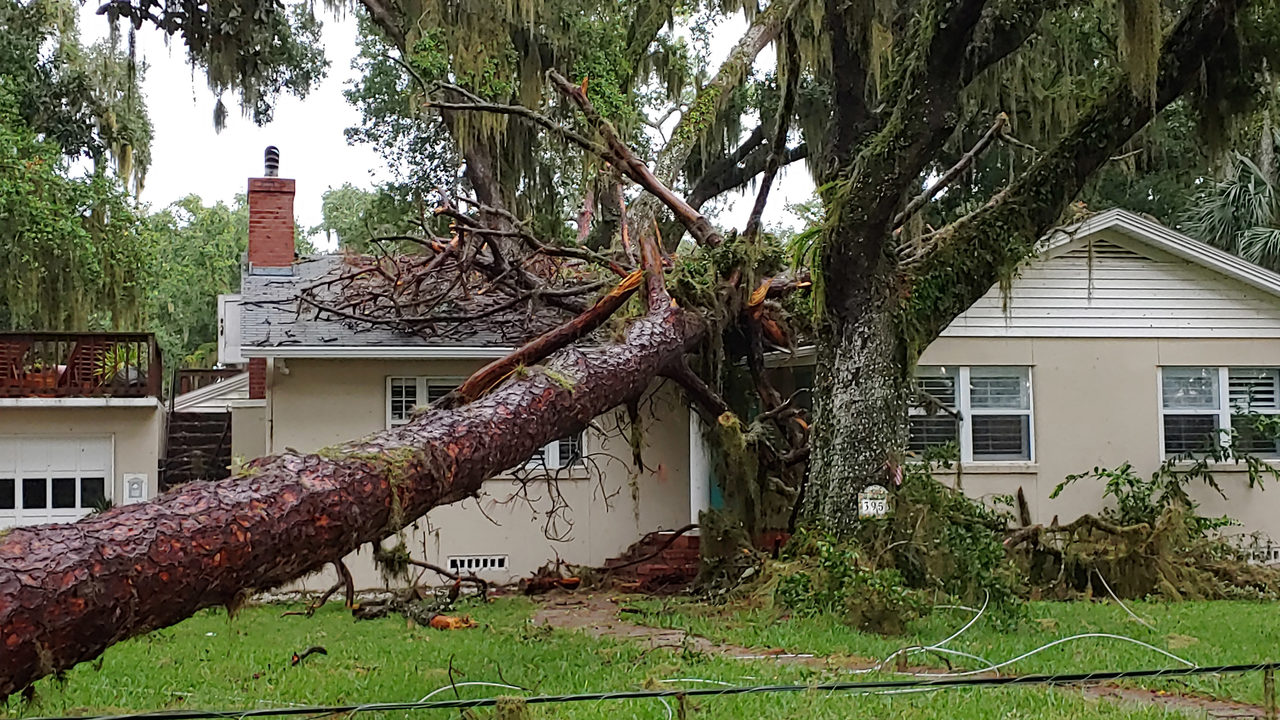 According to the Jacksonville Fire and Rescue Department, there were no people inside the home, but a few dogs were. No injuries were reported.

Before the downpour, Garry Quartermann and her husband were planning to host a dinner party with more than a dozen people.

"We had to cancel it," Quartermann said. "Knocked over our patio furniture and we lost electricty. I have wet cornbread in the oven and a brisket still on the grill."

The winds blew the top of Quartermann's chimney into her front yard. A street away, a driveway was covered with large tree limbs. Throughout the block, snapped power lines were dangling as crews worked to restore power.

As of about 5 p.m., about 6,700 customers were affected by power outages in the Jacksonville area, according to JEA. As of 11 p.m., a few hundred customers were still without power.

Just down the road, a man and dog were rescued from a boat that capsized in the Ortega River as the bad weather rolled through.