30 years later: Inside story of how Jacksonville landed the Michael Jackson Victory Tour

JACKSONVILLE, Fla. – Monday is the 30th year anniversary of what some consider one of the greatest concerts in Jacksonville of all time.

Michael Jackson's Victory Tour traveled to 10 cities across America from July to December 1984.

Typically Jacksonville would not have stood a chance to land one of the 10 spots, but it did. In fact, not only did the tour come to Jacksonville, the Jackson brothers performed three nights straight at the Gator Bowl, the city's football stadium at the time. 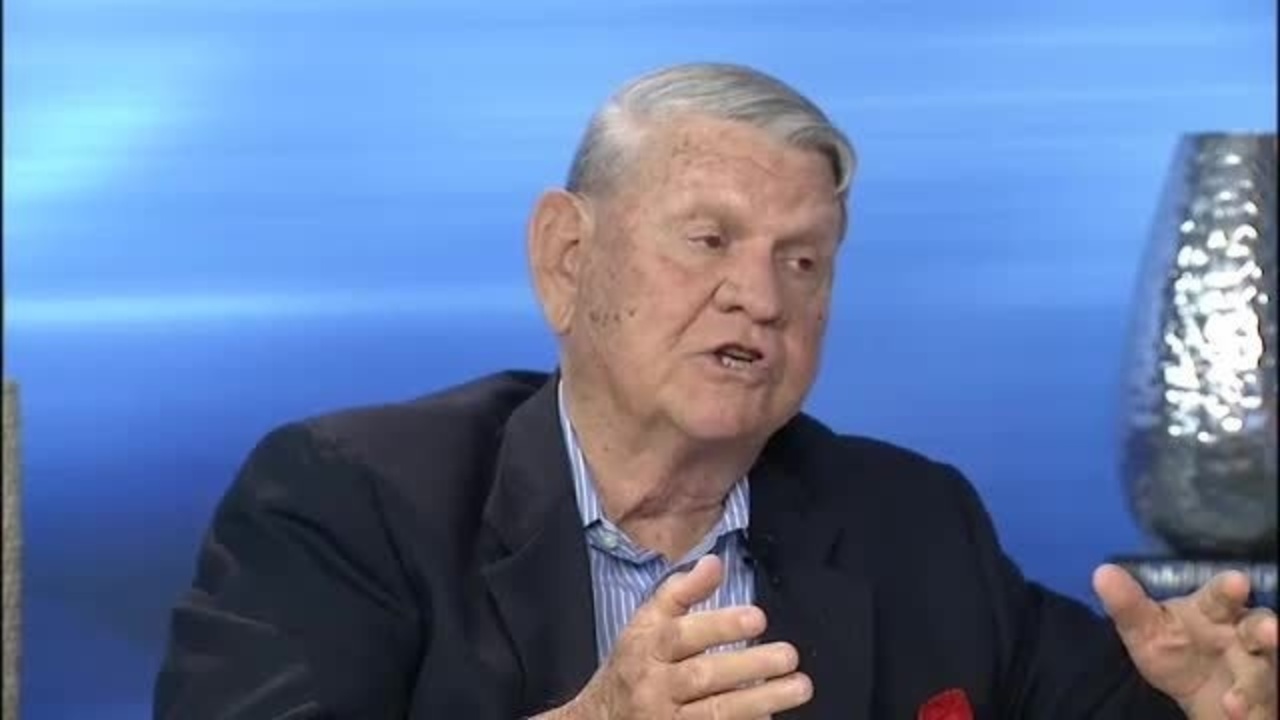 If you are wondering how Jacksonville managed to pull it off, football was the catalyst. The mayor at the time, Jake Godbold, used to convince the king of pop to come to our city.

Flash back five years before anyone in Jacksonville was even thinking about a Michael Jackson concert. In 1979 what the city really wanted in their stadium was for Bob Ursay, owner of the then Baltimore Colts, to bring his team to Jacksonville.

The plans were set and Ursay was on his way to Jacksonville.

Godbold had an idea to woo Ursay into bringing his team to the Florida city. The mayor surprised Ursay with a helicopter arrival to a stadium full of Jacksonvillians cheering, "We want Colts, we want Colts."

"We'll bring him down in a helicopter and tell everyone he's going to be there and say we want the colts," Godbold said. "It ended up 50,000 people showed up and 25,000 people standing outside trying to get in."

Two weeks later, Godbold had an appointment with the president to talk about Jacksonville transportation.

"So his top aids come in and he says, listen I don't want to talk about transportation and bridges, I want to know how in the hell you got 50,000 people into that stadium with cold drinks and popcorn... it went all the way around the country," one of President Ronald Reagan's aides said.

Although Ursay ended up taking the team to Indianapolis, Godbold said that the exposure is what led to another meeting with all the NFL team owners in Washington D.C. for a pitch to host the Super Bowl in Jacksonville.

Godbold had just finished his presentation with Patriots' owner Sullivan and thought this just might be Jacksonville's chance at a team.

WJXT's Sam Kouvaris happened to be sitting with  Godbold during the meeting.

"I didn't introduce Sam as a reporter... I thought he might throw both of us out of the room." said Godbold.

Instead of thinking football team, Sullivan had a different idea.

"He (Sullivan) said, 'Mayor, I can't give you a Super Bowl or an NFL team, but I can give you something that's equivalent to three Super Bowl games... I have the contractual rights to a Victory Tour for Michael Jackson,'" Godbold recalled.

"It's going to be the greatest show and the biggest concert that's ever been and we'll put one on in 10 cities, only 10, and you're (Jacksonville) one of them," Sullivan said to Godbold.

Kouvaris remembered the day he learned Jackson was heading to north Florida.

"The funny thing is, I went to a pay phone and called Tom," Kouvaris said. "I said, 'Listen, we're not getting the Super Bowl, but Michael Jackson is going to open his tour next year in Jacksonville with three stops.' Tom was virtually speechless on the phone."

When the news hit Jacksonville, the excitement was contagious. WJXT's Tom Wills traveled to Kansas, Jackson's first stop on the tour, to show News4Jax viewers what a concert like this was all about.

This was the chance Godbold had wanted. An opportunity to bring the city together.

"One of the things we needed in Jacksonville was to have more pride in our self, to build our esteem... we needed something to spark us -- black and white, young and old -- bring us together," Godbold expressed.