FRUIT COVE, Fla. – If you ask Sgt. Lucas Peters about computers or smart technology, you'll quickly realize how much he loves and understands both.  His love for repairing and building tech started as a child growing up in Ponte Vedra and then expanded as he served his country in the United States Marine Corps. Now, Peters has returned home, offering what he knows best to his community of St. Johns County and beyond.

Peters was still in the Marine Corps when he first started iRepairFast as an online business. When he left the service and returned home, he opened his first store in Ponte Vedra. But with so many people having computers and smart devices - and in turn problems requiring repair - Peters expanded to a second location in Fruit Cove.

"We have lots of people come in for screen replacements on iPhones and iPads alike," said Peters. 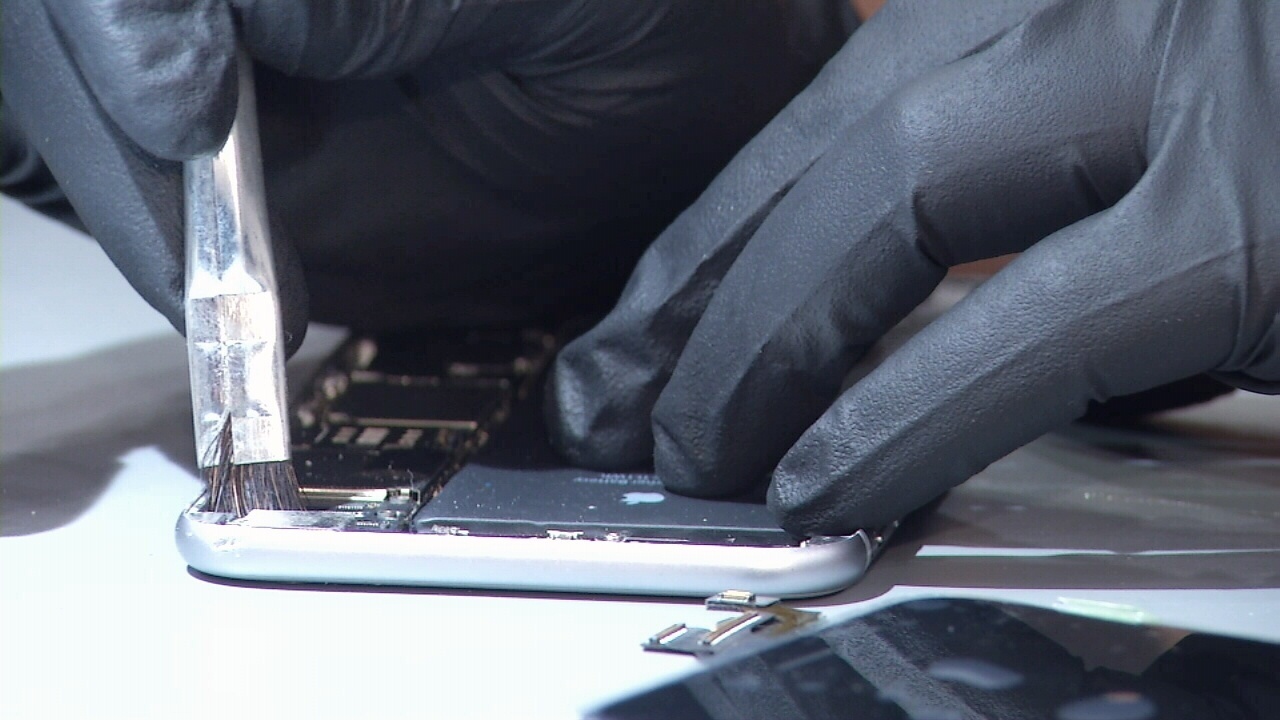 Peters picked up the priceless skill of repairing smart devices when he broke his very first iPhone while in the military.

"I left the phone in my pocket and I crushed the screen," he said.  "Horrible, cracked the glass. It hadn't even occurred to me at the time, 'Where am I going to get that repaired?'"

Peters couldn't afford a new phone, so he ordered the part he needed and did the repair himself.

"I thought to myself, this is going to be a huge industry," he added.

As a child, Peters was fascinated with computers. He knew the business was going to be big and he wanted to be a part of it. He recalls an old, hand-me-down floppy disk computer when he was about 10 years old as the time when it all started.

"It didn't do much, so naturally, I decided to take it apart," Peters said. "My mom came in extremely upset at the fact I had ruined the computer, so I ended up putting it back together and it worked perfectly."

He realized he had a talent and a love for technology, but little did he know his skill would later save live

s. In 2006, when Peters was deployed in Iraq, he used his growing knowledge of technology for a very specific job: to block radio controlled bombs from blowing up.

"The threat at the time, they figured the easiest way to detonate a bomb was radio control," Peters explained. "They would stand off in the distance and when they would see a convoy, they would press a button and detonate a bomb. But these counter measure systems would block that radio control frequency would keep the bomb from detonating."

Today, things are different for Peters.  We all know our smart devices and computers are often filled with information important for our day-to-day lives, and Peters along with his employees at iRepairFast, are helping protect - even save - that information.

"So, you get in there and you inspect every connection and make sure they

are healthy, And then blow it out with nitrogen and test the screen," explained Peters as Jason Suminski, the manager of iRepairFast Fruit Cove, demonstrated the usefulness of a microscope camera when working with such small parts.

While the business does a range of repairs, it's the challenging ones Peters and his employees thrive on and learn from. That's why Peters set up cameras so the two stores can talk to each other.

'We prefer to collaborate by talking to the other store on camera. Anytime I want to, I can go up here and talk to these 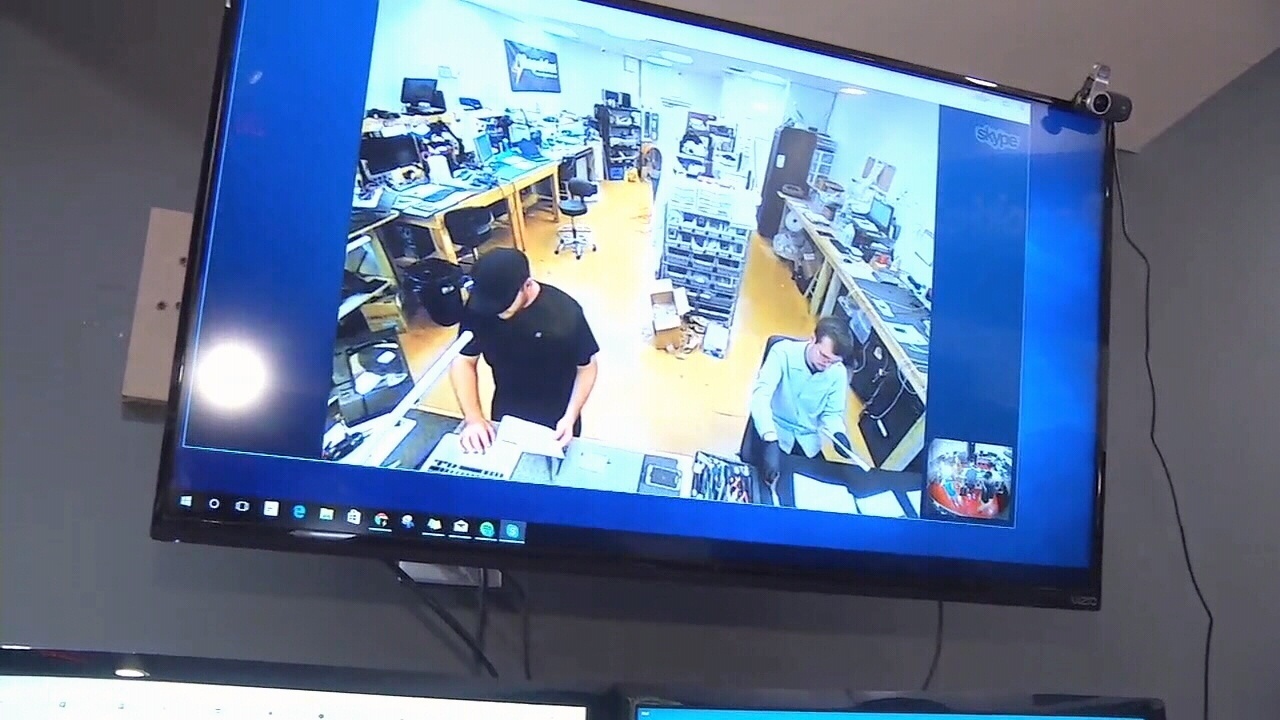 guys and ask them questions and they reply back to us," Peters said.

And by the way, if you are more of a "do-it-yourselfer" like Peters, no problem.  Not only does he fix repair things, he also teaches you to fix things on your own.

"We sell a do-it-yourself repair kit for people," he explained. "They use our videos and if they do get in a bind, they call us and we are quick to help them through that bad area of the repair."

Another exciting venture iRepairFast has started helping some of our lo 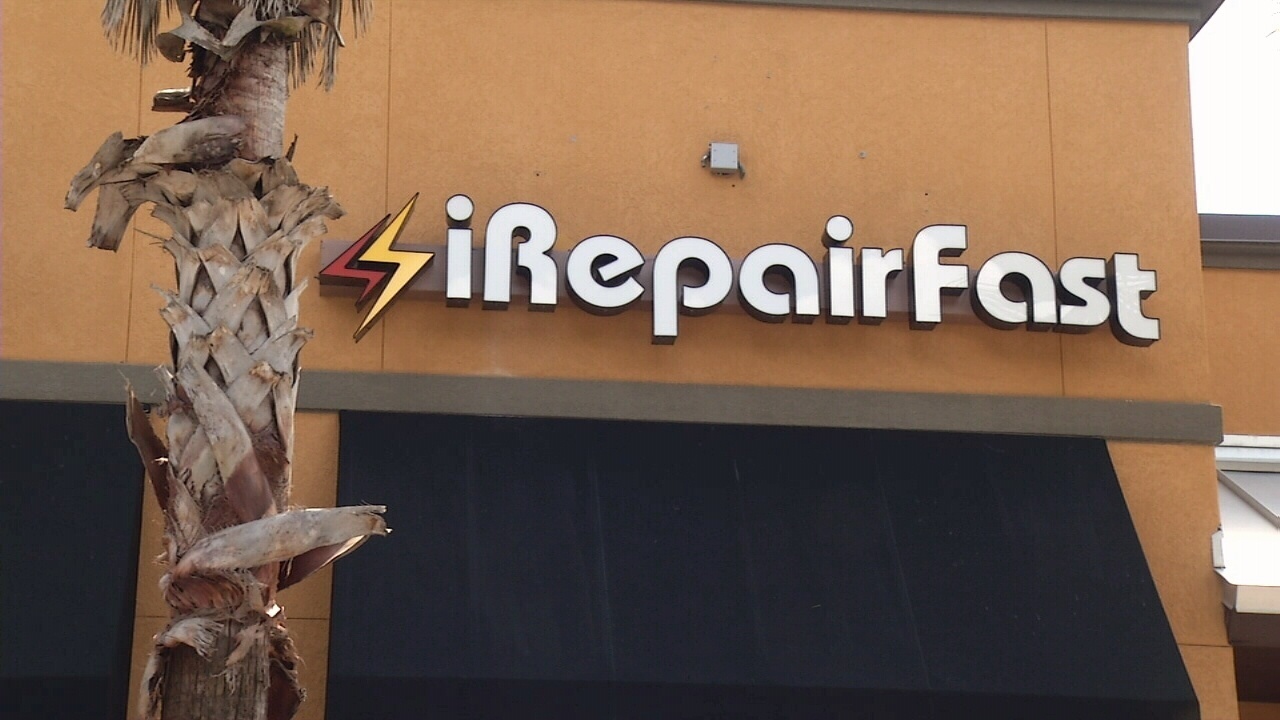 cal schools save money.  With technology expanding in the classroom, Peters' business has contracted with several school systems to repair iPads instead of having to pay the money to replace them.

Editors Note: News4Jax would like to introduce readers and viewers to veteran-owned businesses in our community. If you know of a business that should be featured, please email SpecialProjects@wjxt.com.