Nov. 20 marks 1 year since a gunman opened fire on campus

The killer was shot and killed. Elijah and Nathan recovered, but Ronny is paralyzed from the belly button down.

The shooting started just after midnight at Strozier Library, in the heart of FSU's campus. It was filled with students studying for exams. Ronny was outside in front of the library.

News4Jax asked Ronny what was going through his head.

"The first thing was just get out of the way. But obviously I didn't have enough time for that," he answered.

Two bullets pierced through Ronny's arm, chest and stomach.  He fell to the ground.

"I hit the ground directly me where I was. I was instantly paralyzed," Ronny said.

One of the bullets had gone through Ronny's liver. He was badly bleeding and unable to move. He called 911 for help and told the dispatcher he was in front of the library.

"Wow I can't believe this," he told the dispatcher.

He wanted to call his family, too, not knowing if it'd be his last call.

I had all my friends back at home. Family. Mom, dad, sister. Especially my mom I was really thinking about her," he said.

Within a minute and a half, the first officers arrived. 30 seconds later, FSU police killed the shooter, 31-year-old Myron May.

After months of rehab, Ronny is back in Tallahassee, adjusting to his new normal, with his dog by his side. He's studying biomedical engineering.

"I want to get a PhD and hopefully get to Berkeley," he said.

Besides being back in school, he's trying new things, like skydiving and scuba diving. In fact, Ronny is now a certified scuba diver. 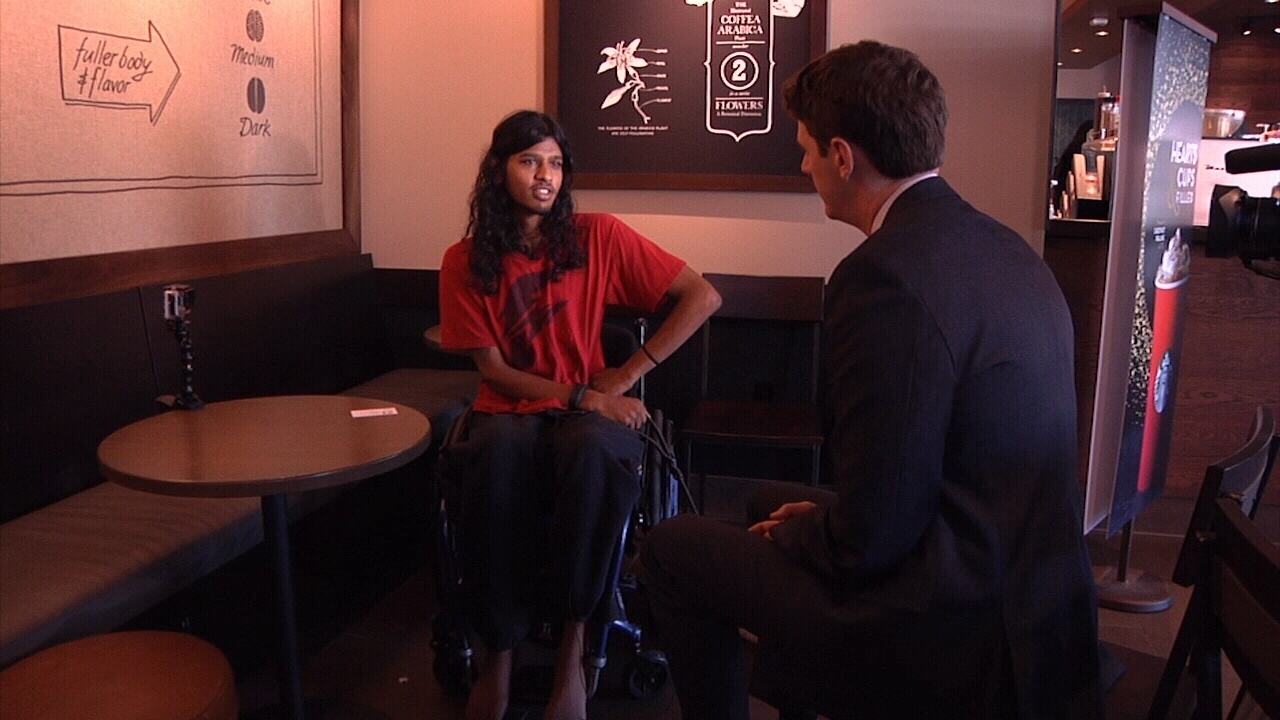 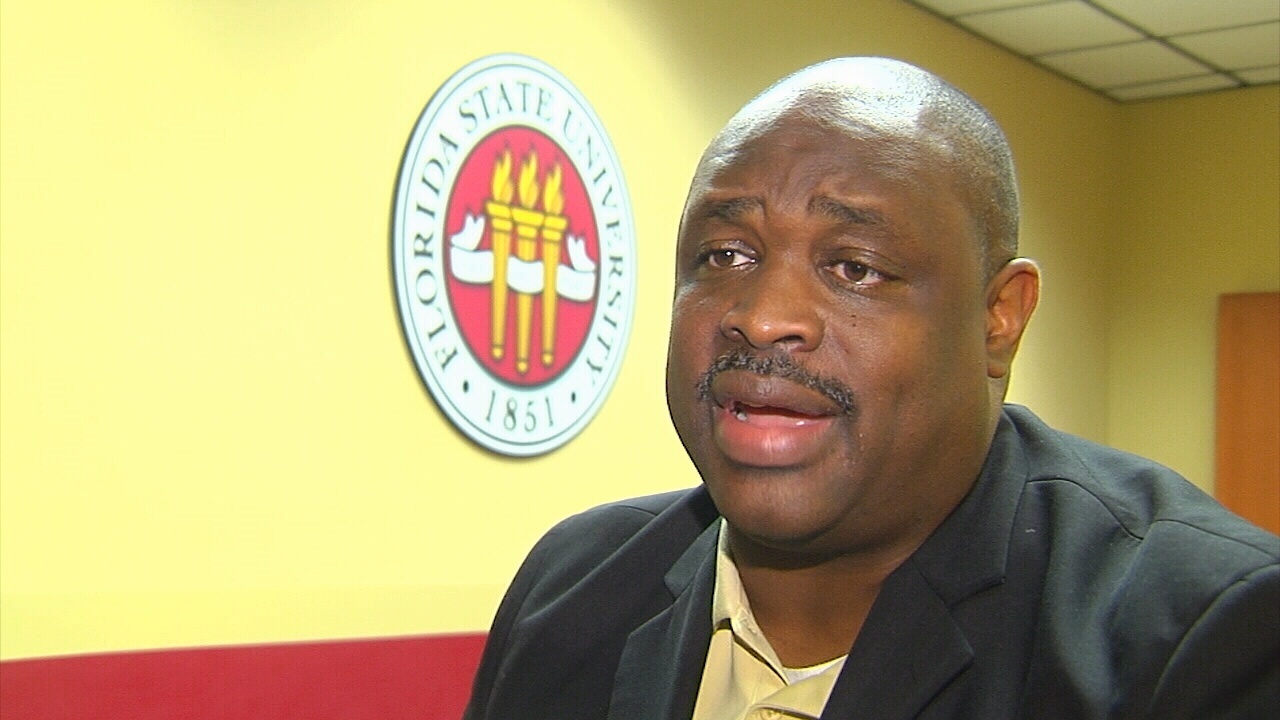 "It decompresses my spine," he said. "I really don't have any pain that I deal with when I am Scuba diving, which is really nice, because typically I am taking anywhere from like 7 to 8 pills a day just for pain."

Ronny made the decision to not let the shooting or being paralyzed from the belly button down stop him.

"There were definitely days that were more difficult than others. I got frustrated at times and what not. Overall, I kind of made that decision when I woke up in the hospital the next day. I realized I was paralyzed. I was gonna have to be in rehab for a very very long time. This was gonna be the hardest thing I would probably have to do in my life," said Ronny. "And I made the choice that even though it sucks, even though it is unfair, there is no reason to sit here and constantly cry about it."

Ronny does wish that someone had stopped the shooter, before the rampage.

"I think that there should be stricter background checks for guns. Because he [Myron May] bought the guns legally," said Ronny. "Something should be done. The way that things are handled currently are pathetic frankly. And the amount of just disregard that we have for mental health issues is kind of sad."

Investigators say Myron May told people he was hearing voices in his head. May, who was a lawyer who graduated from FSU, made several alarming social media posts in the weeks before the attack.

"It is very disturbing that he [Myron May] felt that way and that there was maybe an opportunity to intervene because of family members knowledge of what he was feeling, the alleged voices he was hearing in his head. I just wish we had an opportunity to maybe prevent that type of situation from happening rather than having to respond in the middle of that call," said FSU Police Chief David Perry.

FSU leaders agree this shooting shouldn't have happened, but believe campus police did the best they could, helping to keep any students from losing their lives.

"Everything about that incident that we could have learned from, we have," said FSU President John Thrasher. "And the Chief has applied it obviously to the future."

Despite being paralyzed and in a lot of pain, Ronny points out he's here and the shooter isn't.

"I just really appreciate the support and I could not have done it without everyone here supporting me," he said. "It just wasn't my time to go. At the end of the day I wasn't ready to go. I had a lot of things that I needed to handle still. And I think that's why am still here."

While Ronny is moving forward, he has a lifetime of medical issues to deal with. He has multiple doctors and has insurance, but it doesn't pay all his medical bills, which will be well over a million dollars. You can donate to Ronny's medical trust fund at YouCaring.com.