Vaccinated woman speaks out after her family contracts COVID-19

Alachua County detention officers use CPR to save inmate’s life

Low pressure offshore could bring isolated showers through the weekend

JACKSONVILLE, Fla. – Sheriff Mike Williams, Mayor Lenny Curry, State Attorney Melissa Nelson and federal law enforcement agents stood together Friday morning to announce the arrests of 41 people they said were members of a gang known as the Rolling 20s that has operated in Jacksonville and beyond for at least the last three years.

Williams said they are looking for five more people with warrants resulting from this investigation.

Some of the 41 named were already arrested, in some cases convicted, of crimes and those arrests included most of the leadership of the gang. Another 20 people accused of gang activity were arrested by federal agents in other East Coast cities, as well as in California.

Williams said gang activity accounts for 40 percent of all violence in Jacksonville.

"It's a small number of people in comparison to the community, but they drive a large amount of the violence in the city," Williams said. "We make arrests of gang members every single day, and the reason we’re standing up on the case like this is ... it's a big, comprehensive organization that we typically don’t see in Jacksonville."

Charges against those arrested include murder, attempted murder, arson, drug and weapons trafficking and conspiracy dating back to May 2015.

Among those Williams described as a leader of Rolling 20s was Quintae Hudson, who was convicted in 2017 of arranging to have a witness killed while he was awaiting trial. He was convicted and is currently serving a life sentence.

As a result of the Hudson case, police launched the first phase of a crackdown on the Rolling 20s, which resulted in more than 20 arrests. Williams said that created a leadership vacuum within the gang and a power struggle ensued. Police believe a number of unsolved murders are related to the activity of the Rolling 20s, but would not say which ones. A second sweep was conducted on Oct. 24, with 15 more arrests were made.

Williams said 30 guns, as well as powder and crack cocaine, heroin, molly and ecstasy, were seized during the investigation.

Police are asking for help locating the five additional people wanted in this gang takedown: Dashawn Rose, Jacoby Hartley, Jamie Williams, Humphrey Benton and Ronald Coleman. Anyone with information about their whereabouts is asked to call the Jacksonville Sheriff's Office at 904-630-0500 or, to remain anonymous, Crime Stoppers at 866-845-TIPS. 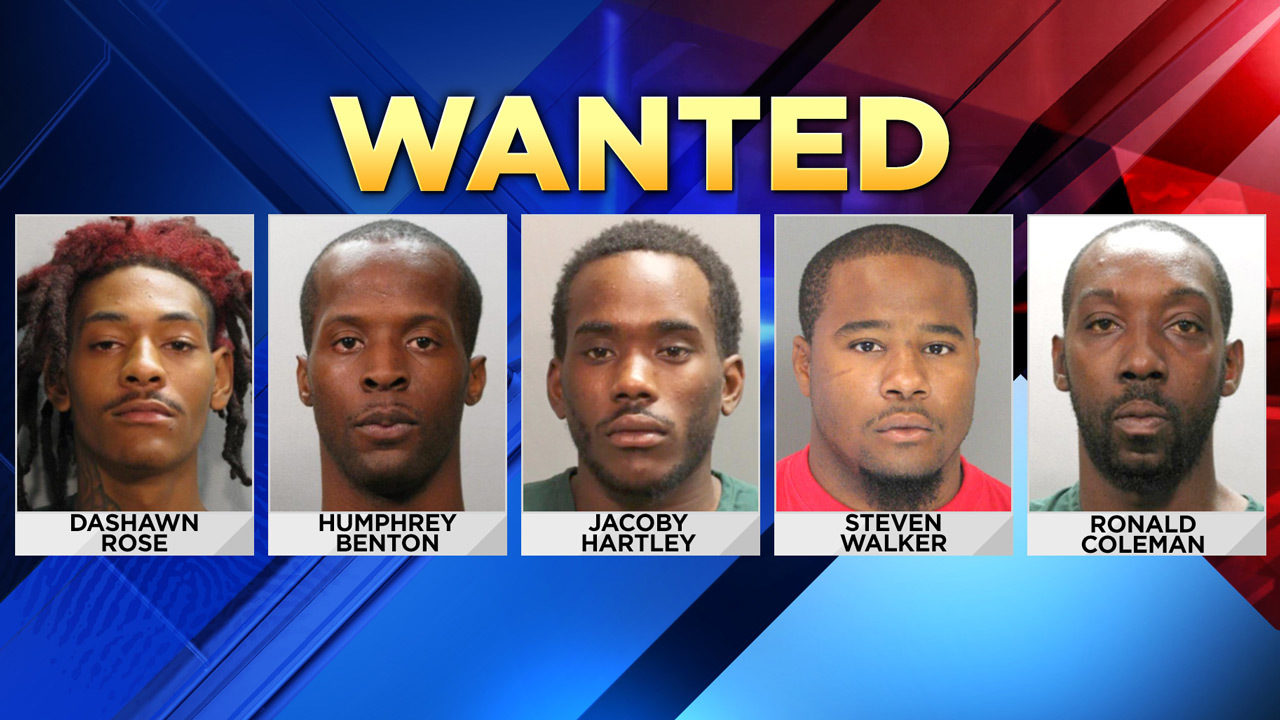 William Wormack, who lives in Lackawanna, a Northwest Jacksonville neighborhood where police said much of this gang activity took place, commends the police for the arrests.

"I think they’ve been doing a good job," Womack said of the police. "But they don’t come regular enough. They need to be over here more regular than what they’re coming now because we need help."

Despite the arrest of 41 accused to be gang members, community activists believe prevention is the key to changing the culture of violence in the city.

"I don’t agree with arresting a group of kids like that," said Beverly McClain, CEO of Families of Slain Children. "Locking them up? What’s that going to do? What’s is it going to solve?"

Donald Foy, president of MAD DADS, agrees that Jacksonville's problem is not going to be solved by arrests.

"To put a dent in this is, we have got to put resources into revitalizing our community and our community stands up and tells what they know," Foy said.

Guns seized during the arrests of the accused Rolling 20s gang members on display in the JSO photo.