The National Hurricane Center said Tuesday that Ian has increased to a Category 3 major hurricane.

7 warnings, 3 watches and an advisory in effect for 27 regions in the area

7 warnings, 3 watches and an advisory in effect for 27 regions in the area

JACKSONVILLE, Fla. – The State Attorney's Office has ruled two shootings involving Jacksonville police officers from 2017 justifiable, including a case in which a man hit ran into numerous vehicles on the Wonderwood Bridge.

In both cases, the Jacksonville Sheriff's Office's Response to Resistance Board ruled the officers' use of force was within departmental guidelines. 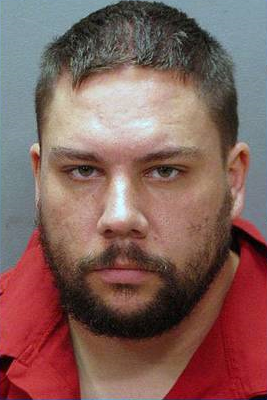 On Nov. 3, 2017, Steven Smith, a veteran who investigators said was armed, was shot in the wrist and abdomen after a series of hit-and-runs that ended in a crash on the Wonderwood Bridge in the Mayport area.

Police said Smith stepped out of his truck, holding a gun when police opened fire. He survived and was arrested. The State Attorney's Office ruled the shooting justifiable on Jan. 16.

Records show Smith had been arrested previously on charges after police said he tried to hit law enforcement officers with a pickup truck.

On July 25, 2017, officers with the Jacksonville Sheriff's Office got into a pursuit with Michael Harris, an ex-con. Over a two day period, police said he had robbed two banks and shot a man in a robbery.

Harris dumped his stolen getaway car, carjacked a woman and began shooting at police, investigators said. K9 Officer Jeremy Mason was the lead pursuit and was wounded. His car was hit several times by gunfire.

After two miles, the pursuit ended in a crash. Investigators said Harris got out of the car and opened fire. He was fatally shot by Mason and Detective Brad Hurst.

The woman who was carjacked was not hurt and Mason received a Purple Heart. The State Attorney's Office ruled the shooting justifiable on February 6.