Search on for gunman after child shot in head on Northside

City of Jacksonville checking up on hungry, lonely senior citizens

Some neighborhoods will be cut off without detours for 10 hours

NASSAU COUNTY, Fla. – Nassau County residents in the Callahan and Bryceville communities are upset about last-minute work being done to the CSX railways, which will close down the ways they get in and out of their neighborhoods.

VIEW: Notice of Intent to Begin Construction on railroad crossings

But the work, which could take up to five days and starts Monday, will close the entrances and exits for hundreds of residents, as well as emergency vehicles. Eight crossings will be closed as part of the last-minute repair project. The work is estimated to be completed by Friday if there are no unforeseen obstacles. 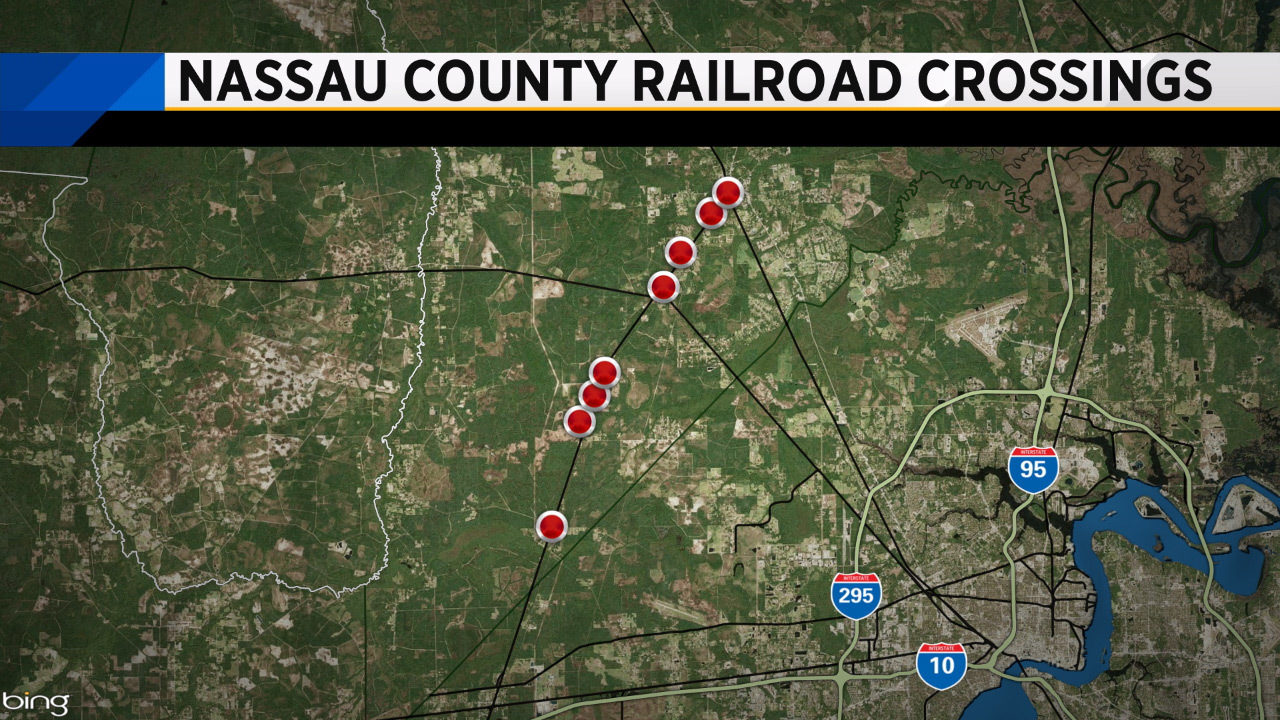 Emmette Tharpe, 83, and his wife, Patricia, object to the plans. They live off Crawford Road and are concerned about their safety.

"When they close it off, there’s no way out," Tharpe said as he stood on his porch with his walker. He recently survived a massive stroke.

“It really is a safety issue for us out here,” his wife added. “My husband has multiple health issues and if I need an emergency vehicle...”

They’re not alone. Since the county announced the work, News4Jax has heard from a number of upset people who live in the affected communities. They claimed they had no opportunity for input.

Matthew McDonald lives in a small subdivision behind another crossing on the list with his wife, elderl in-laws and two sons. He said for four days, they’ll have a 75-minute detour down a dirt road to get to town.

"We feel completely ignored. The community back here is just forgotten about," he said.

He noted the timing was terrible.

"This is the first week back for Nassau County schools next week," McDonald said.

Another neighborhood called Sandy Ford will be cut off completely for 10 hours, without the option for a detour. Officials told residents there they can park their cars on the other side of the project and walk if they need to get out of the neighborhood.

CSX officials did not comment on camera, but a spokesperson sent News4Jax this statement:

"CSX is conducting maintenance work on the company’s rail line in Nassau County, Florida. This work has been scheduled in close coordination with local roadway authorities with viable detour routes in place in order to temporarily close roads as crews replace crossties and repave the asphalt to provide a safe, smooth surface for drivers. Temporary crossings will be provided for emergency response.

"Starting Tuesday, CSX maintenance team will move along the rail line, repaving each crossing as they go. Crews will work through the night at the intersections of Sandy Ford Road and Crawford Road, which will be replaced as quickly as possible. The company understands that this work can affect communities, and CSX works to minimize inconveniences when feasible. We appreciate the public's patience while we complete this work, which is critical to ensuring the safety of motorists that use the crossings and a safe, reliable freight rail network."

The affected residents wish it was handled differently.

“More notification,” McDonald said. “[They could have] contacted us individually and given us an opinion on how the work could potentially be done. Some better workarounds for us.”

“I’m not necessarily willing to accept that this is the final answer,” McDonald added. “I’d like to see something done before Tuesday before this finally occurs.”

News4Jax attempted to contact Nassau County Manager Mike Mullen on Friday afternoon, but had not heard back as of the time of this story.