Mother, 4 kids not reported missing, but family knew something was wrong

Casei Jones' older sister thought something was wrong long before a Brantley County deputy found the 32-year-old woman's body in her husband's van after he crashed Sunday night near Hickox, Georgia.

"We had not seen her for weeks, but we were getting messages," Sarah Gilbert told News4Jax. "We had received messages that she was sick, that her phone was messed up."

Gilbert's birthday passed 10 days ago without a word from her sister. Then she didn't post anything for her own son's birthday.

"I don't care hurricane or not, she would have posted something," Gilbert said. "She lived and breathed those babies. She would have never let that happen. That's when we knew for sure something was wrong."

The reality was far worse than what Gilbert could have imagined. Not only was her sister dead, but the next day,  her four children -- all age 10 or under -- were found buried in woods along U.S. 301 near Folkston.

Casei's husband, Michael Jones Jr., in jail in Georgia, is not fighting being returned to Marion County, Florida, where the couple lived and authorities believe the family members were killed, to face multiple murder charges.

"Finding out he was possibly involved to me was a shock. I didn't expect that," Gilbert said. "They had normal everyday marital spats but nothing that would be like, 'Get your children and move into my home," Gilbert said. "I don't know what could have possibly gone through his head at all."

Gilbert said the couple married on Halloween in 2017. The two older children -- Cameron, 10, and Preston , 5, -- were from Casei's previous marriage. Jones was the father of Mercalli, 2, and 1-year-old Aiyana.

SLIDESHOW: Family photos of Casei Jones and her children

Gilbert said Casei was a dog groomer until she decided to stay at home with their youngest child. She was not aware of what Jones did for a living, but News4Jax learned he had served in the Navy. 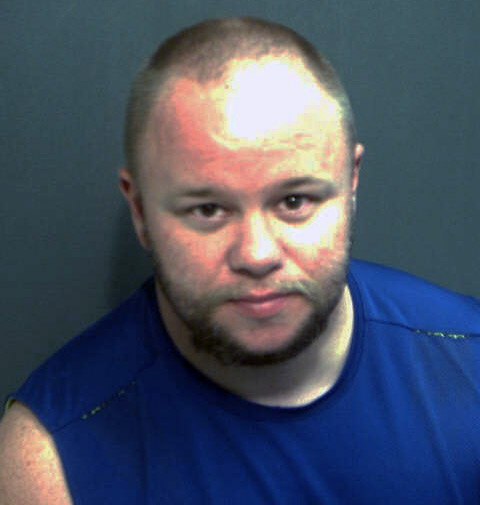 Building a case against Michael Jones

According to the criminal affidavit from Marion County giving the Marion County Sheriff's Office probably cause to bring Jones back to Florida to face murder charges, a deputy doing a welfare check on Casei Jones noted their Summerfield home appeared to have been vacant for weeks, but, "Deputy King detected the foul odor of decomposition."

According to court records, Michael Jones was arrested several times in Orange County on charges ranging from armed burglary to a structure, grand theft of a firearm, and three counts of grand theft.

In 2015, investigators believe Jones broke into his former employer's office, the Mount Dora Medical Hospital, stealing a gun from an office drawer, money and computer equipment.

Witnesses told police that shortly after the theft, Jones took Casei on a vacation in St. Augustine, paying for hotel rooms, drinks, gifts and dinner with cash. The report goes on to say that Casei, wasn't able to find out where Jones got the money.

VIDEO: New information about man accused of slaying his family

Detectives said they believe Jones murdered his family in Marion County and stored the bodies at his home and in his van for several weeks before driving them to Brantley County, Georgia.

Marion County Sheriff Billy Woods said the crime is incomprehensible and tough on his deputies, most of whom are parents.

"One of the things everybody's asking is, 'Why?' We don't need to know why. It's evil. That's why. Pure evil," Woods said. "All we know is wrong was done and that justice needs to be served on this individual."

Marion County confirmed to WKMG-TV on Tuesday that they were headed to Georgia to pick up Jones, who waved his extradition to Florida.

Autopsies will be conducted Wednesday to determine how Casei and her 4 children died. Investigators said it will be a lengthy process because they believe the family was killed weeks ago. The results, which could take several days- if not weeks, could lead to more charges, according to the sheriff's office.