Millions more veterans will have access to life insurance soon

JACKSONVILLE, Fla. – A teenager faces up to 35 years in prison after pleading guilty Wednesday to six charges that resulted from a September 2018 carjacking of two women and the killing of a police dog while trying to avoid arrest.

Jhamel Paskel, now 18, was charged with killing a K-9, armed carjacking and two counts of kidnapping.

Police said Paskel carjacked the two women in the middle of the night at a gas station on Lem Turner Road. He made one drive as he held her at gunpoint. Since the car had an OnStar system, police were able to track the vehicle to Interstate 10 near Cecil Commerce Parkway, when they had OnStar shut off the engine. Paskel got out and ran from officers and K-9 Fang was released to chase him.

Evidence showed Paskel shot and killed Fang and kept running into the woods, but he was tracked down by another officer with his K-9.

Paskel’s mother stood next to him during Wednesday’s hearing.

At the proceedings, we learned Paskel is also involved with a second case involving two counts of battery at a detention facility. Under the plea agreement, those charges will be dismissed.

Paskel will be sentenced on Jan. 30.

The Jacksonville Sheriff’s Office posted that Fang played a vital role in keeping everyone safe at special events and football games and had captured some of the most dangerous criminals in Jacksonville.

“We will miss you Fang,” JSO wrote in and End of Watch tweet. 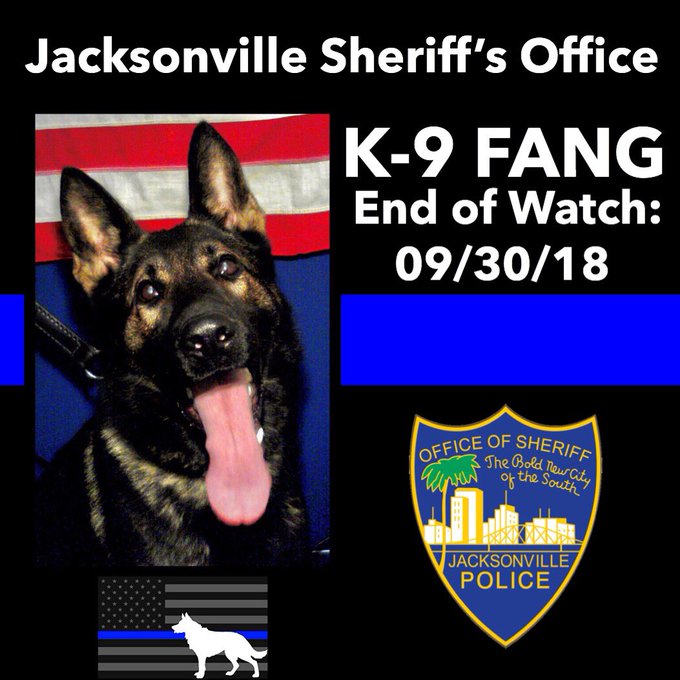 As the judge read through Paskel’s plea agreement in court, Fang’s handler, Officer Matt Herarra glared at Paskel. Fang was about three years old and had been with Herarra for two years. The judge said Herrera will be speaking at January’s sentencing hearing.

Last spring, after an I-TEAM investigation into the sentencing guidelines for killing a K-9, the Florida Legislature passed a law to increase killing a dog or horse working with police or other first responders to a second-degree felony and raise the maximum sentence from five years to 15 years.