JACKSONVILLE, Fla. – As the Jaguars head across the pond to face-off against the Houston Texans, there's a group of dedicated fans in London prepared to cheer the Jags to victory.

The Bold City Brigade's United Kingdom and Ireland chapters are made up of die hard fans who have found each other through a shared love of American football and the Jacksonville Jaguars.

Jamie Galloway is one of them. He and his wife, Nikki, became fans after winning a trip to come see the Jaguars play in Jacksonville.

"It was an awesome atmosphere. We had contacted people beforehand who ended up taking us around Jacksonville, showing us Jacksonville. They were just super friendly. Super welcoming," Galloway said. "It just completely touched us and changed our lives."

Galloway and his wife's love for the River City runs deep, so much so that instead of having a big wedding with their friends and family in the UK, they decided to tie the knot in Northeast Florida.

"Our friends that we met here at the Jags party, they helped arrange this, and it was just a great time, a great time to get married," Galloway said.

It's just one of the many times the couple has made the trek to Jacksonville to visit their beloved Jags family. A few years ago, they made a stop by the Mark Brunell Show at Sneakers Sports Grille.

"It's a really cool American sports bar," Galloway said. "If you're coming from the UK and you want something very American, it's a great thing to do."

Asking a question that was no doubt on the minds of all Jaguars fans, a young boy took the spotlight during The Mark Brunell Show on Monday night when he asked Brunell and Myles Jack the following question:

"What was Mark Brunell's and also Myles Jack's favorite costume as a kid and also what was their favorite Halloween candy?"

They reveal the answer in this video: 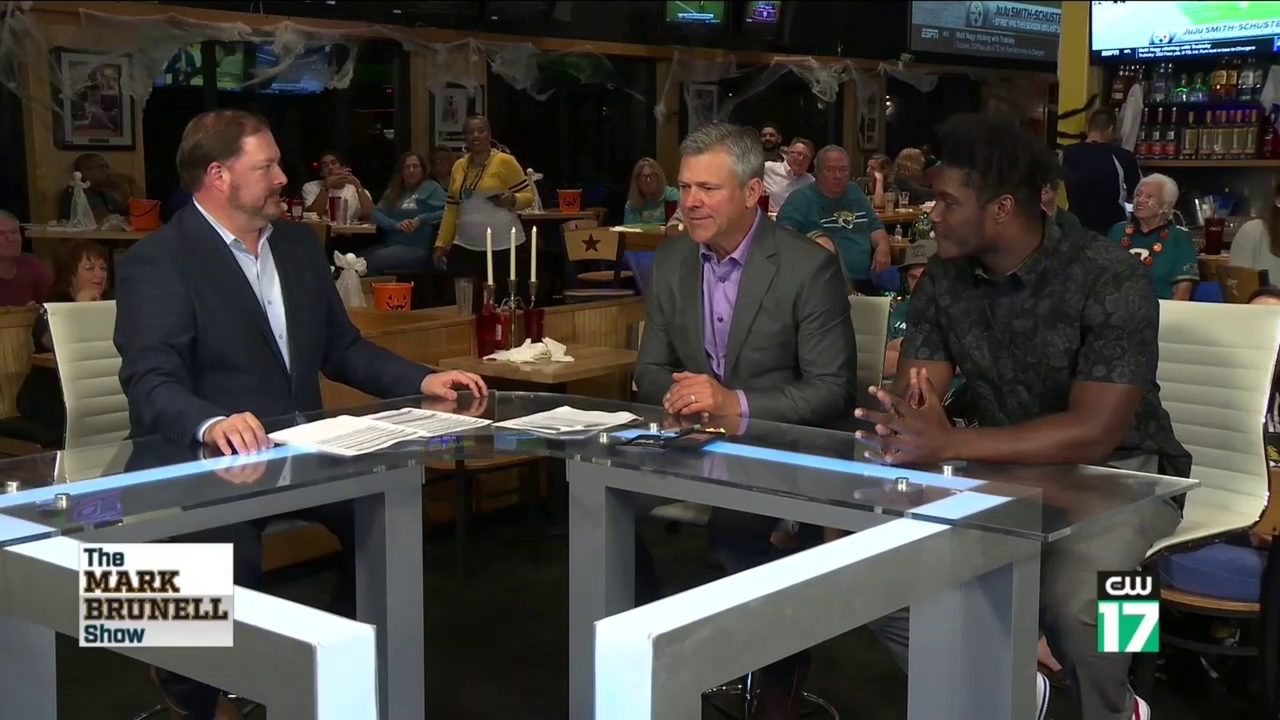