4 bites reported in 4 days in North Florida waters, bringing total for year to 6

Two of those bites happened Sunday in Nassau and St. Johns counties. A University of North Florida student was bitten Thursday while surfing in Jacksonville Beach, and News4Jax has also confirmed that a man was bitten by a shark Friday night at Big Talbot Island State Park.

That brings the total for shark bites in Northeast Florida to six for the year, including a 10-year-old girl in Jacksonville Beach who received national recognition and was dubbed a hero for going back after she was bitten to pull a younger friend out of the water.

Jacksonville Fire and Rescue said the man bitten in the leg at Big Talbot Island was taken to Baptist Nassau. His condition was not released, but rangers said he was conscious and alert when he was taken to the hospital.

A local shark researcher said the number of bites reported is unusual but not unheard of. It's causing a lot of people to think twice before taking a dip.

It's also bringing shark repelling products into the spotlight. 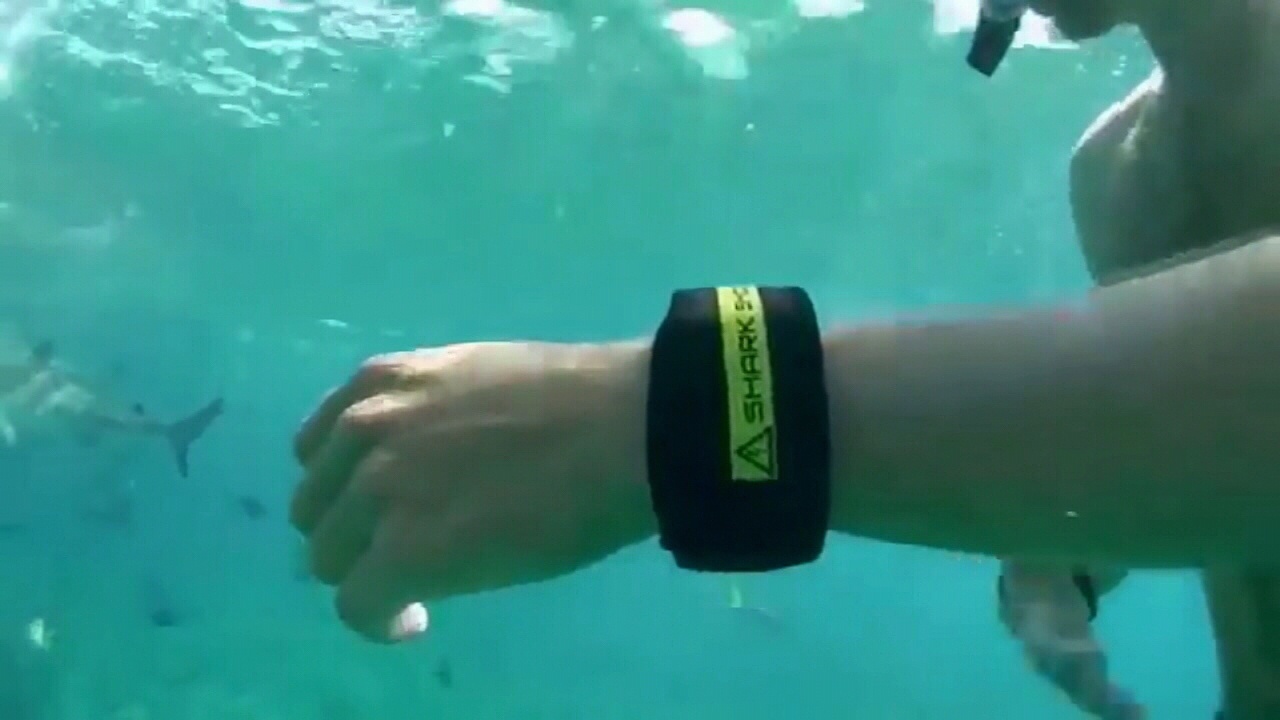 Surf Safe is a shark deterrent kit that is installed in a surfboard and sends electrical waves that the company claims are unpleasant for sharks.

Sharkbanz is a $59 magnetic wristband, which the manufacturer says keeps sharks away. A promotional video appears to show sharks scattering when the device (pictured) enters the water.

"As the sharks approached me you noticed obvious repellent reactions as they approached the bands on my feet," the video narrator said.

The Shark Shocker does the same thing.

The Shark Shield claims to be an electronic shark deterrent system.

And another company makes Repel Shark spray, a $20 aerosol can which the company claims releases repelling chemicals in the water.

The theory is that the smell of dead sharks keeps the live ones away.

But do these devices really work?

"They do work to some extent," he said. "There really hasn't been a good amount of support to show that this would be beneficial to warding off sharks."

Gelsleichter researches sharks year-round, but said the jury's still out on how effective the new technology is. He said he's not sold just yet.

Gelsleichter's advice is to stay cautious:

"Certainly not wearing things like flashing jewelry that would give the appearance of fish scales and certainly not going into the water when you have an open wound for example that might leak some blood into the water and be an attractant," Gelsleichter said.