Cool afternoon with changes for Sunday

Brown's 5th Congressional District is in the process of potentially being redrawn after the Florida Supreme Court determined the current district was unconstitutional.

Brown, D-Jacksonville, has been critical of the process that potentially could change her district from one that snakes south from Jacksonville's urban core to Orlando to one that stretches west from Jacksonville to past Tallahassee. One of her criticisms is the new district includes a high number of minorities in prisons in Baker, Columbia and Hamilton counties, and those people can't vote. 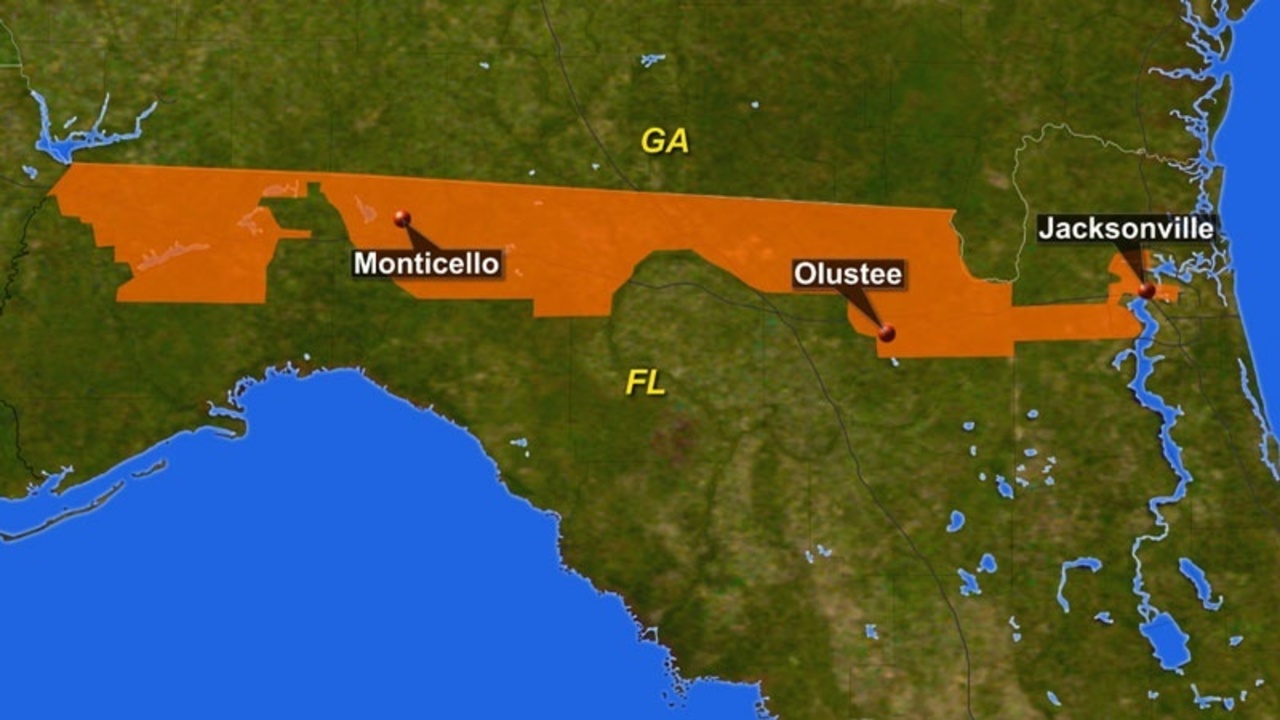 PoliticoFlorida released audio of Adkins, R-Fernandina Beach, speaking to the North Florida Republican caucus. She suggested "you draw (the district) in such a fashion so perhaps a majority, or maybe not a majority, but a number of them will live in prisons, thereby not being able to vote." She says that's the way to "get rid of Corrine Brown."

"I have been saying from the outset that the newly proposed boundaries of Congresstional District 5 make it a non-performing district, not only for an African American, but for a member of the Democratic Party," Brown said in a statement released Thursday morning. "Clearly, those who drew up the map knew that the new congressional district has 18 prisons in it. And they also know that in the state of Florida, felons cannot vote; so not only was the black voting age population decreased for 50 (to) 45 percent, many who were counted in this 45 percent are incapable of voting."

News4Jax Political Analyst Jennifer Carroll said Adkins' comments will give Brown fuel to make a challenge in the courts that her newly drawn district is unfair by giving the appearance that Republicans orchestrated the new district to affect Brown's ability to be re-elected to this seat in Congress.

"Now makes it such that it was orchestrated. And thereby with Corrine Brown's challenge to the courts that her district lines are not fairly drawn could give her a jewel of a defense," Carroll said.

"To say that these appalling comments from Rep. Janet Adkins have no place in our political process would be an understatement. No, Rep. Adkins, the majority of North Florida African Americans do not ‘live in the prisons.'"

Carroll said Brown may use this to win in court and get a district where prisons aren't counted, which does happen in other states.

"Missouri, Michigan, Colorado, all exclude prisoners from being counted in their district re-drawing. And you don't have to use census data," Carroll said.

Adkins declined to answer questions about her remarks, but she did release a statement:

"My comments regarding the proposed realignment of congressional district five (as recommended by the Florida Supreme Court) were an attempt to explain some of issues that came up in debate during the redistricting special session. I apologize if my statements offended anyone. Because congressional redistricting is a pending legal issue, I will not comment on this matter any further."

Having the prisoners counted as a percentage of the African-American population is something Brown is fighting against.

"Indeed, the diminishment of the black voting age population in this newly drawn district, which consists of 18 prisons that hold 17,000 prisoners, would give the newly drawn congressional district 5 one of the highest prison populations in the state," Brown said. "Moreover, the percentage of black inmates is proportionally higher than in the rest of the state's population. And since the federal government requires states to count prisoners as residents of the towns where they are held, not where they are from, the official number of African Americans in the newly drawn CD 5 is completely distorted, again, making the district extraordinarily difficult for a minority candidate to win."