‘I feel betrayed’: Mother of man beaten during traffic stop outraged at not guilty verdict

Adults and children can get flu shot and COVID-19 vaccine

Police name suspect in attack at Townsend Apartments in Arlington

The Jacksonville Sheriff's Office said Barbara Grubbs, 55, died after she was attacked just after 2 p.m. in her unit at the Townsend Apartments. Her daughter, Rebecca Grubbs, was also stabbed but is recovering at a hospital.

Saturday night, police announced they were searching for Alonzo O’Neal Cole (pictured below), 24, in connection with the stabbings.

Russell Withers, who lives below the apartment where the stabbing happened, said he heard everything.

“I was in the living room doing work, and all of a sudden, I hear an argument," Withers said. “Next thing I hear was somebody, ‘Help me. Help me,’ and then it went dead silent.” 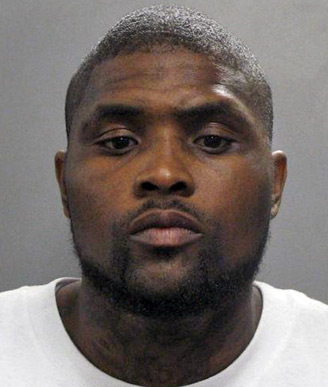 He said shortly after, he saw a man resembling Cole running away from the apartment.

Withers said the two women who were stabbed were mother and daughter. He believes the daughter was dating Cole.

“He was covered in blood, from head to toe, from top to bottom,” Withers said of the suspect.

David Broadwater, Barbara Grubbs’ ex-husband and Rebecca’s father, spoke Monday after visiting his daughter at the hospital. He told News4Jax she was stabbed multiple times all over her body.

"I guess he just went off and just got mad about something and went to sticking them," Broadwater said. "Mom tried to stop him and I guess he …jumped her, too."

Broadwater said he urges anyone who sees Cole to call police.

"I just hope someone finds him before I find him," Broadwater said.

According to records from the Florida Department of Corrections, Cole was released from prison in March after serving time on drug charges.

Most recently, in 2018, he was arrested for leaving the scene of a crash.

In 2016, he was arrested for battery in a detention facility. However, those charges were later dropped.

Neighbors are saying there was a lot of violence going on in the home where the women were stabbed.

“I never thought it would get to that point, even though the fights they would have, they sounded pretty violent,” Withers said. “I would always see them walking out of there, but this time, nobody walked out."

The family has a GoFundMe account to help raise money for Barbara Grubbs' funeral.