The day's headline news items are presented by the WJXT 4 Evening News Team, along with the latest sports scores and the Jacksonville area weather report

Sources: Teen critically injured after being shot with pellet gun

4th of July is dry for most everyone

'Epidemic' claiming lives of first responders, but we can help

Specialized hoods can give firefighters added protection against carcinogens

JACKSONVILLE, Fla. – There is a killer claiming the lives of first responders, and two men are on a mission to help save them.

When firefighters run into a burning home or building, there are things their protective gear does not fully protect them from. Because of that, they are three times more likely to get cancer than the families they keep safe.

It all may come down to the hood firefighters wear to protect the thin skin on their face and neck.

Cancer is stealing the lives of firefighters

Everything from living room couches to office wall decor, when firefighters rush in to put out the flames, whatever is burning most likely contains cancer-causing molecules that get into a first responder's skin and attacks the DNA. 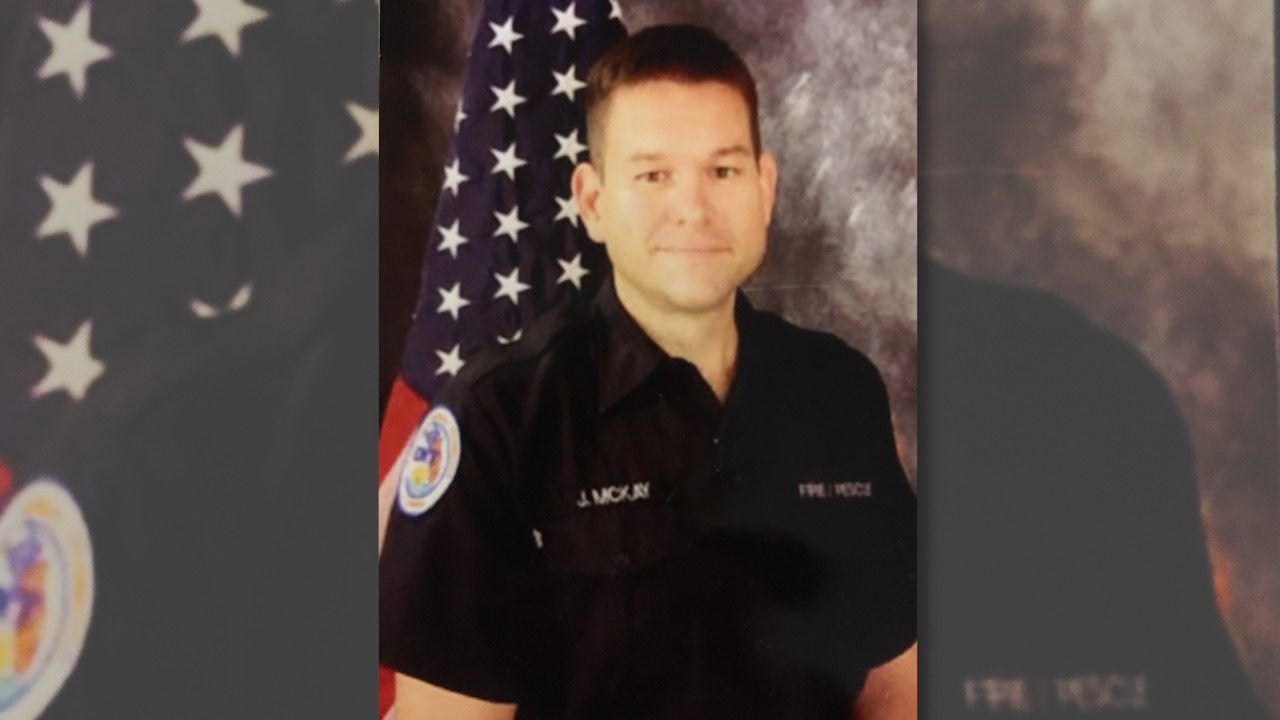 Tanya McKay's husband Jeremy is a Clay County Firefighter. He was told in September he has Stage 4 Adenocarcinoma, which Tanya says started in his stomach.

From the CT scan, they said there were over 50 masses in his liver, over 20 in his lungs, and his entire lymphatic system has been taken over," Tanya explained. "I said what is the plan? What are the odds of remission or beating this? And she said, 'You're not going to beat this. Right now we're just going to prolong his life for your children so that you can make some memories.'"

"So my husband, who's 44, we're in the place of just getting him well enough to just making memories." 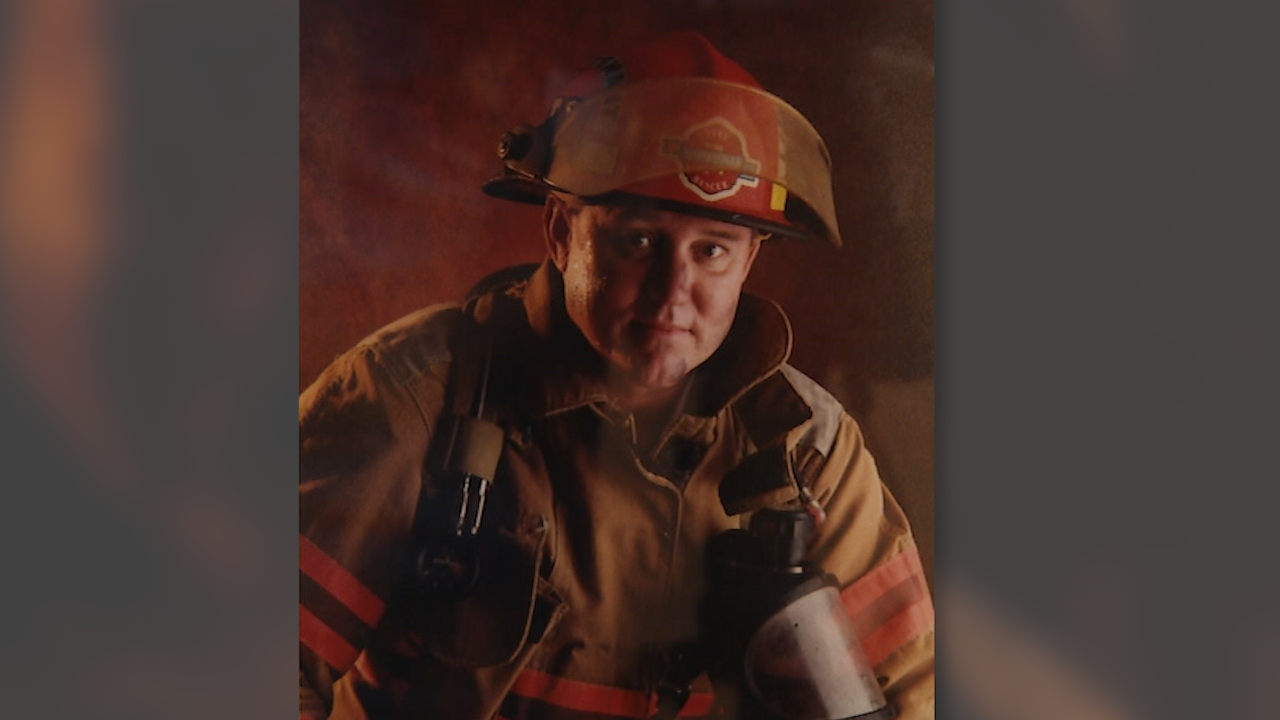 That type of skin cancer killed her husband George this past spring.

Betty explained, "I love going in and helping people. l love to go in and, I'm a paramedic! I risk my life because I love people and I want to help. I need to be helped now." 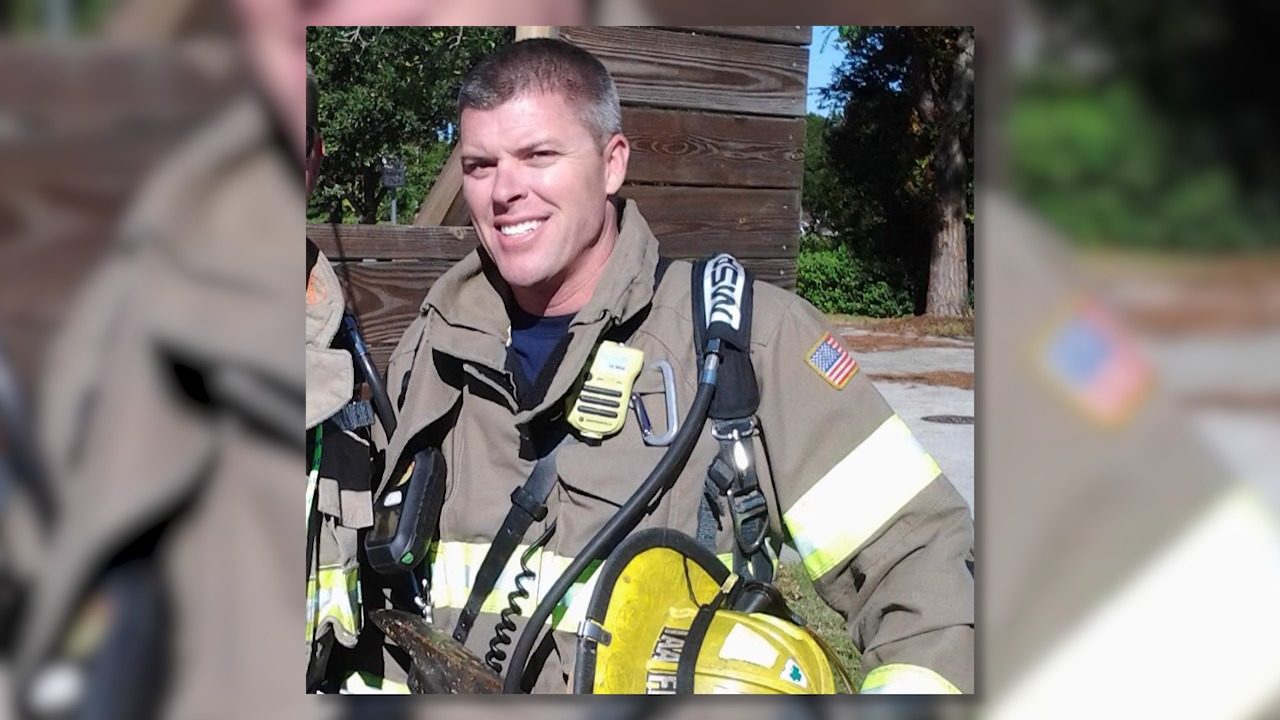 Firefighter Pat Taaffe is in a battle for his own life. He's in remission from stage 4 colon cancer and he recalled hearing news from his doctor.

"He said your cancer has metastasized to your liver, so not only is in your colon, but you have 12 tumors in your liver."

Taaffe's mounting bills where paid over the last three years through generous donations from his fellow firefighters.

"Without the benefit of others, for others helping me, I would have been out of luck. I don't have $20,000 to spend on cancer," he said. "I've been very fortunate that others have done what's necessary to get me through this."

Lt. Dave Thomas has fought fires for more than 30 years. He continues to battle blazes while he battles cancer.

"She says it's $5,000 a vile. You take four vials every treatment," Thomas said about his cancer. "My lymphoma popped up in my neck, right here. Is there a correlation to that hood, and this, where (cancer) popped up?  Possibly, possibly not. But where did I get it?  From the job."

With all four firefighters, their doctors told them their cancers likely came from years on the fire line.

Cancer specialist Dr. Kevin Hunger, with Cancer Specialists of North Florida, says those carcinogens in a fire can move through a person's body very quickly -- but may not cause problems for years.

"If that carcinogen lands in the right spot, the cell can start to grow uncontrollably, and now it's a cancer cell," Hunger explained. "Those carcinogens can be spread from the skin, to another person, to their home, they've even found them on their kids' soccer balls when they studied it."

"We are just now coming to the realization that this is an epidemic," Hunger warned.

So how do you try and stop that carcinogen from having any kind of a chance and save the lives of firefighters? A couple of life insurance agents have joined these families and others and are vowing to wage war against cancer with the help of a relatively new tool.

"As we started learning about the higher risk of cancer, we asked the experts: 'Is there a piece of equipment that can help?' And everybody we talked to kept saying these particulate hoods," said Jeff Rountree with Hoods for Heroes.

Right now, traditional hoods worn underneath a firefighter's helmet to protect his or her head from high heat doesn't stop contaminants from seeping through to the skin, but newer particulate hoods -- they can.

Jeff Rountree and Bill Hamilton met us at the Fire Academy of the South's Training Facility on Jacksonville's Southside -- which allowed them to put on firefighter's gear to go the burn house where firefighters practice their own skills. They wanted to show us how a particulate hood versus a traditional hood can protect a first responder.

When they came out of the burn house, the two wiped their necks and we could see the dirt that seeped through the traditional hood.

But, we could see the particulate hood stopped more of the dark contaminants from getting through to the skin.

Those results were after just 10 minutes of fire and smoke exposure from burning pallettes made only of wood.  Live Fire Instructor Jason Kerr said inside the burn house, we are not seeing the more complex carcinogens.

"Lightweight construction, the new foam that's out there is twice as toxic. It has a faster burn rate," Kerr said.

He explained that when it burns, all of those materials are getting out with the potential of getting into the firefighter's skin.

After learning about those harmful carcinogens Jeff Rountree and Bill Hamilton said it seemed so simple -- get firefighters these potentially life-saving hoods! They started the non-profit group "Hoods for Heroes," based in Clay County.

The problem: the cost of the hoods. They say the traditional, standard issued hood can cost from $15 to $30 per hood. The chemical-blocking particulate hood can cost as much as $125 each.

Hoods for Heroes was created just this year, and they've gotten requests from fire departments across the country.

"They are out there saving lives and sacrificing their lives for us, and this is an exciting project to help them to better health," said Dr. Hunger.

Cancer Specialists of North Florida have donated enough money to the group to provide these hoods to all Clay County firefighters, which will happen Nov. 17.

JFRD Public Information Officer Tom Francis tells News4Jax that Mayor Lenny Curry did include these specialty hoods in his budget, and they have been distributed to Jacksonville firefighters.

"I can't help my husband, but I don't want someone to go through what she's had to go through and what I'm going through now," said Tanya McKay with the other family members and firefighters dealing with cancer. "These are young guys. They still have a lot of life left in them to be going through this, and you're gonna tell me this piece of material that they can pull over their head before they get into a fire can literally save their lives? Then it needs to be done. They need to have that gear."

If you or a family member needs assistance following a cancer diagnosis, the Firefighter Cancer Support Network (FCSN) can offer support. Call 866-994-3276 toll-free.

"We’ll stick with you through the diagnosis, treatment, and recovery process. We have more than 120 fire-service mentors with personal experience facing many types of cancer. FCSN mentors can provide newly diagnosed fire/EMS members with valuable information about a particular type of cancer, share their own experiences with testing and treatments, and offer valuable insight into the recovery process."