Sheriff Daniels' ex-lover: 'What I've done, that was wrong'

Cierra Smith says affair began 6 years ago when she was 21, he was 48

JACKSONVILLE, Fla. – Cierra Smith, arrested earlier this month when she was accused of stalking Clay County Sheriff Darryl Daniels after the two had a long relationship, came forward Thursday to set the record straight about their affair.

Smith said her affair with Daniels began in 2013 when she was a 21-year-old Jacksonville Sheriff's Office corrections officer and he was 48 and chief of the jail.

Micolucci: When you started that relationship, did you know he had a wife?
Smith: I did.
Micolucci: Were you married?
Smith: I was not married.
Micolucci: And he was your boss?
Smith: He was.

Smith would later marry another man she said was unhappy about her relationship with Daniels and reported it to JSO, which prompted her to be demoted to desk duty at the jail last September.

There were allegations Smith and Daniels were intimate on JSO property while on the job. She denies that, saying it was strictly personal. Smith's attorney provided photos of Daniels and Smith vacationing together last fall in Costa Rica. Smith provided the I-TEAM flight records for the trip and a ticket to Universal Studios that he bought for her. 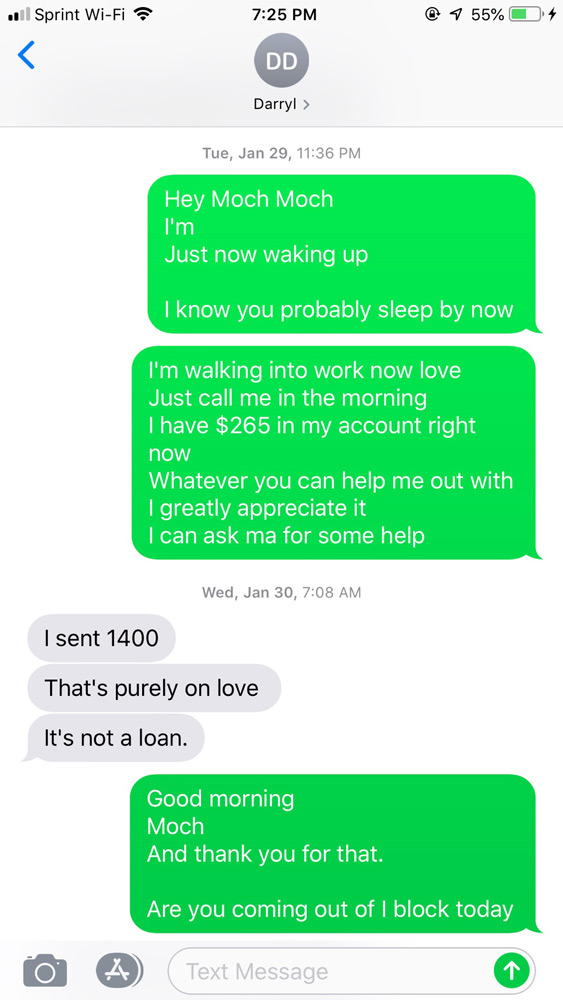 Smith provided News4Jax with a list of 88 transactions she received through a mobile app, totaling approximately $30,700 dollars. The list showed transactions in various amounts made periodically from Jan. 20, 2018, through March 29, 2019. The transactions on the list ranged from as little as $20 to as much as $1,400.

"Never a point in time where I was extorting him or he felt like I was holding something over him to where he had to make payments to me," Smith said.

The investigation soured the relationship, although she said they have been intimate in recent months.

On May 6, Daniels accused Smith of stalking him with a gun in her car. He reportedly asked his deputies to arrest her. She said it was supposed to be a meeting to talk about things, but she believes the sheriff set her up.

Smith said she’s licensed to carry a gun as a permit holder and a corrections officer. She said her 7-year-old daughter was in the car at the time.

Earlier Thursday, Daniels told News4Jax that Smith was recently Baker Acted and questioned her credibility. Smith said she was taken to the hospital at the beginning of May because she was stressed out and upset about possibly losing her job. She talked to a therapist and spent the night. She said she is not a danger to herself or anyone else.

"Ultimately, when I did go to the hospital, the Baker Act was lifted because there is no need for the Baker Act. The therapist that I spoke to the hospital simply said that, 'This is more of a stressful situation for you than anything,'" Smith said.

Smith is currently on administrative leave from the Jacksonville Sheriff's Office, which has recommended her for termination.

Smith claimed that despite the public embarrassment and stress, she has no ill will toward Daniels. She just wants this chapter closed.

"We are both adults and we both have to own up to it," Smith said. "So pushing it on one person or pushing it toward somebody else is not the way that we're going to get this resolved at this point."

Asked if she thinks Daniels should continue to be sheriff, Smith said she doesn't think his personal life has anything to do with his work ethic or the way he conducts himself in Clay County.

There are also allegations Smith is pregnant. She would not confirm or deny that, but she said if there is a baby, it's not Daniels'.