Same-sex marriage potentially under fire amid the overturning of Roe V. Wade

JACKSONVILLE, Fla. – America's deadliest stretch of highway happens to be in the Sunshine State.

Interstate 95 runs through 15 states on the East Coast but has the most problems in Florida, according to numbers from the National Highway Traffic Safety Administration. 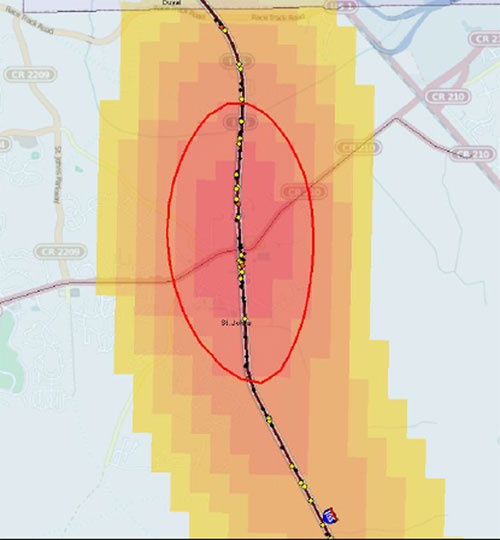 Federal figures show that Florida's part of I-95 has the highest fatality rate of any road, anywhere in the United States. Many of the deadly crashes have been in Northeast Florida.

A lengthy News4Jax investigation uncovered the worst areas in the region.

Florida Highway Patrol numbers, obtained through a public records request, show that between April 2014 and April 2015 there were 1,713 reported crashes from the Florida-Georgia line to the Flagler-Volusia county line.

Of those crashes, 573 involved injuries and 18 were fatal, claiming 25 lives altogether.

DOCUMENT:  Breakdown of I-95 crash hot spots in Northeast Florida

St. Johns County had the most fatal crashes in the region: nine over the last year. That's half of all deadly crashes on 95's Northeast Florida stretch. The worst area for wrecks was around County Road 210 (pictured above), where there were 62 accidents, including three deadly ones.

The other hot spots for wrecks were near International Golf Parkway, State Road 207 and State Road 16. 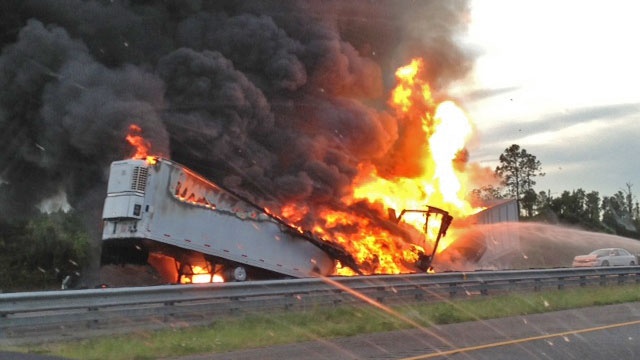 Duval County had three times the number of pileups, but fewer fatal crashes, with five reported over the past year.

Jacksonville's Northside had the most of I-95's deadly crashes in the county. Three of them were reported near the airport.

The stretch on and near the Fuller Warren Bridge downtown had the highest total number of accidents in the entire region. FHP numbers show 280 reported wrecks in the last year. Of those crashes, 95 involved injuries and one was fatal. The area also has the most traffic in the region, where some spots see around 150,000 vehicles a day. 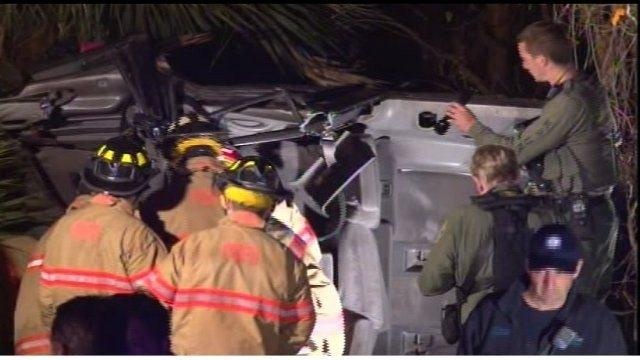 Flagler County had the third highest number of crashes in the region: 93. Of those, 48 involved injuries and two were deadly. The most troublesome areas were near Matanzas Wood Parkway, State Road 100 and Old Dixie Highway.

I-95 through Nassau County had the least crashes in the region over the past year. Records show there were 73 total accidents, 27 with injuries and two where people were killed. The problem areas appear to be near State Road 200 and U.S. 17.

While southeast Georgia does not have as many crashes on I-95, there have still been a number of wrecks on the stretch of highway that runs through the state’s east coast counties.

Florida Highway Patrol Trooper Jazmin Grant said, in her opinion, speeders are the No. 1 reason for bad crashes. 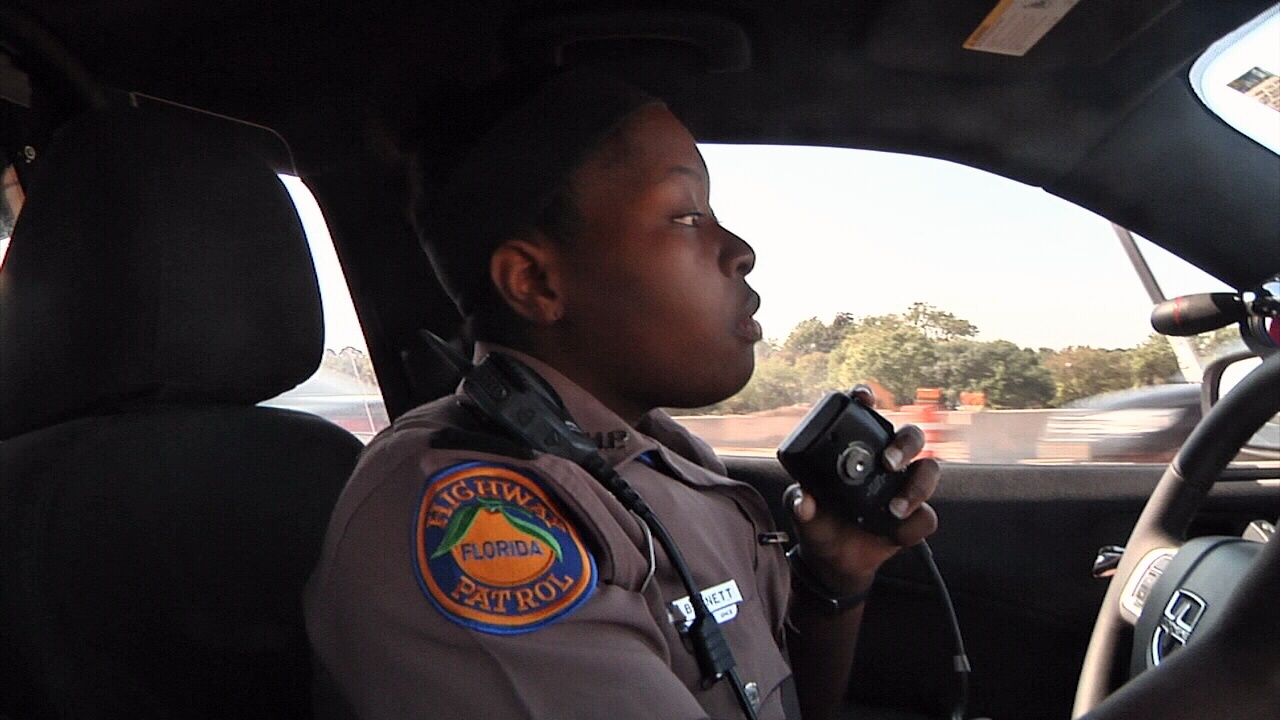 "Speed kills," she said during a morning ridealong on I-95.

She said every day she also sees people talking, texting and tweeting on their phones. Grant (pictured) calls distracted driving a huge problem.

"You can be right up on them with your lights and sirens blaring, and they're still just driving," Grant said.

She believes people also are getting in crashes because they're not paying attention to traffic conditions, construction and road changes.

“And it's 100 percent preventable if you just mind your business, keep your eyes on the roadway and drive,” Grant said.

Driving instructors are trying to cut down on the startling accident statistics. 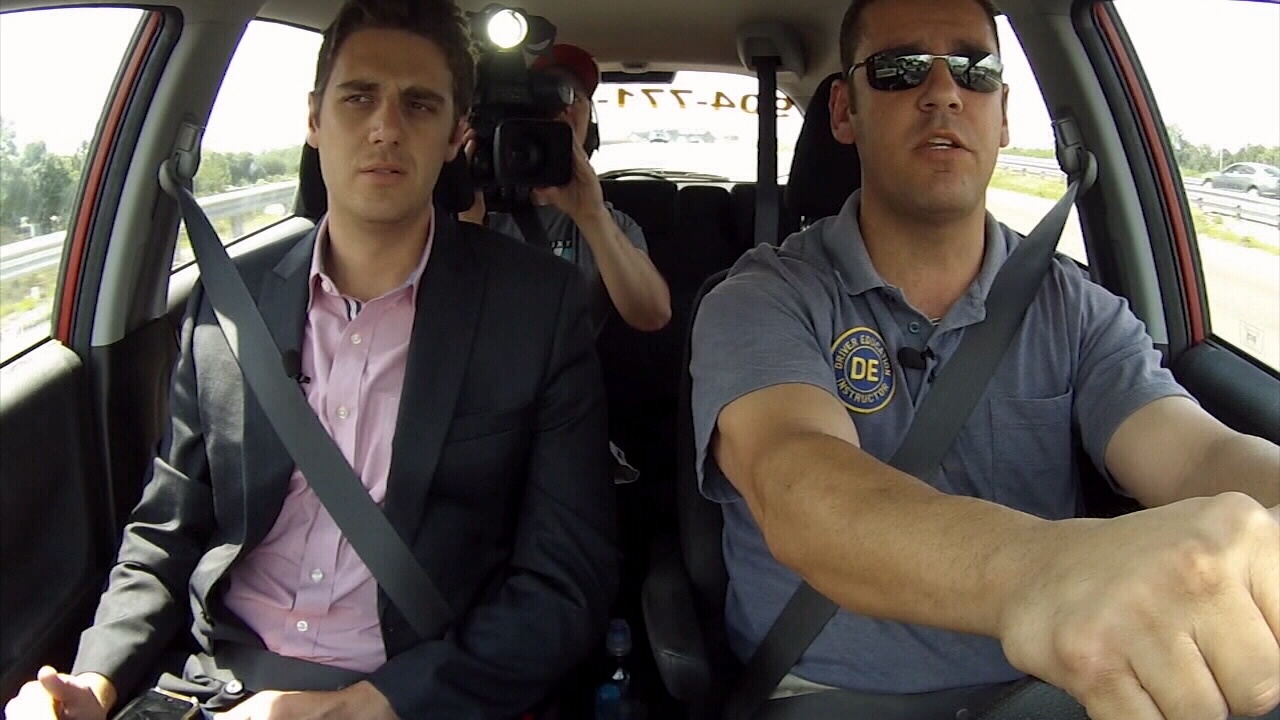 "I tell (my students), 'Good drivers, they drive. They don't text and drive or eat and drive. They just drive," Dominguez said. "Always look ahead, far ahead. Make sure that you know what is going on way ahead of the car in front of you, so that you can predict and anticipate things."

He said too many drivers tailgate or ride too close. He suggests keeping a distance of at least three seconds behind another vehicle when driving on the interstate.

Other safe driving tips from experts include: