Test could be missing link in background checks

Makers of Diana Screen hope it will prevent child molestation

JACKSONVILLE BEACH, Fla. – It's a topic many people don't want to talk about, but experts say all parents should be aware of -- child sexual abuse.

High-profile cases like that of Jerry Sandusky, the Penn State assistant football coach convicted of molesting at least eight boys, have recently brought more attention to the problem. But experts say children are being molested right here in Jacksonville much more than most would think.

While the perpetrators are often relatives or close family friends, many times they're teachers, caregivers or counselors.

Kristina Hartless, Robert Luke, Christopher Bacca, Leonard Hoffman, Michael Worrell, Danielle Reed, Tracey Slamka; these are just some of the teachers arrested in the past couple years in North Florida, accused of sexually abusing their students. Many have already been convicted.

The cases have made the news and left local parents stricken with fear. But these are just the crimes that were reported. Experts say sexual abuse is swept under the rug way too many times.

The numbers are downright frightening; according to the Centers for Disease Control, 500,000 American children are molested each year and only about 5 percent of sexual abuse cases are ever brought to trial.

"You can't tell by looking at a person that that's somebody who has a inclination or a sexual attraction towards children," said forensic Psychologist William Meadows. "So we have to be careful, we can't judge just based on appearances."

Dr. Meadows (pictured, right) says in almost every case the child knows the person who abuses them.

"Most times that I evaluate somebody on a criminal charge for a sex offense that is the first time that they've actually been charged with a sex offense."

So how are we working to protect our children? The state of Florida requires anyone who's going to spend 10 or more hours a month with kids, whether for work or volunteer purposes, to have a level 2 screening. It means they'll be finger printed and run through FBI databases to look for felony or sex convictions.

But what about all those people who haven't been caught or convicted before? How can we keep them away from our kids? 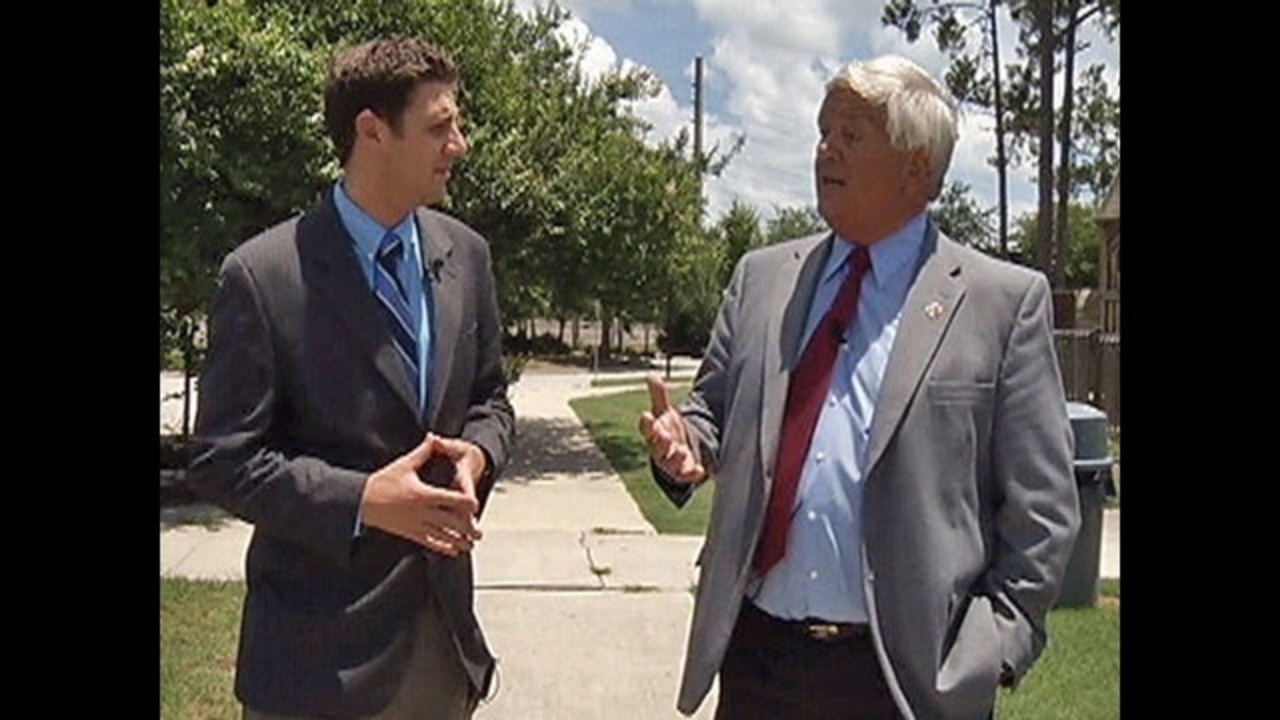 Donald Dymer thinks he has a solution. Dymer is president of SingleSource, a Jacksonville Beach based company which offers background checks for businesses, schools and non-profits.

"Five percent of these people that molest children ever get arrested," said Dymer. "So it's critical that we've got to find a way of assessing the other 95 percent, to make sure that there's no one in there, that shouldn't be there. "

He believes traditional background checks aren't enough and uses a relatively new test called the Diana Screen. It was developed by Dr. Gene Abel, who spent 18 years studying the minds of convicted sex offenders, trying to unravel their tendencies.

"There is no perfect answer, I mean, I wouldn't want anyone to think if you do the background check, and you do the Diana Screenings," said Dymer. "You do the interviews, that you'll never fail, you'll never let someone in. But I think you're going to give yourself a much better shot at making sure those people don't get in."

Dymer said it's another line of defense for employers and parents. The Diana Screen gives test-takers a slew of questions; some as simple as 'do you like bargains and sales at auctions?' to serious ones like 'why do you enjoy being around children?' Those who administer it say even if you lie the test has a big chance of catching those who may overstep their boundaries with kids. While the computer-based test comes with an additional cost which can add up for larger organizations.

Dymer says it costs anywhere from $25 to $30 to take the assessment through his company.

It's catching on. The Boys and Girls Club of America and the Episcopal Church use it.

Locally, the Seamark Ranch in Clay County makes all it's prospective employees and volunteers who will work with kids take it, according to CEO Fred Meiners.

"We have staff members and we have a lot of employees and some of them are childcare employees," said Meiners. "And we are concerned that we provide the safest environment possible."

Meiners says the Diana Screen is especially important to the Seamark Ranch because students who've lost their family live on the property and are supervised by employees around the clock.

Psychologist Dr. Meadows says the Diana Screen certainly isn't going to solve all the problems with child sexual abuse, but it appears to be a step in the right direction. And if it even saves one child from being abused, it's worth it.

"Well it's something certainly to consider to add as an addition to looking at a sex offense arrest history, in addition to clinical interviews references, and examining someone's employment history it's one piece of the puzzle in making hiring decisions," said Meadows.

If you're looking to enroll your children in a school, summer camp or day care, experts say ask the hard questions. Questions like 'Do you use the Diana Screen? How can I know my kid is safe once I drop them off?'  Click here for a free, downloadable child sexual abuse prevention checklist.

For more information on the Diana Screen and SingleSource Services, visit the company's website at http://www.singlesourceservices.com or call 1-800-713-3412.