The latest regional, statewide and national news events, along with economic news, sports reports, weather and traffic are provided by the WJXT 4 News Team.

Get $20 off a pair of Apple AirPods Pro

The FBI search at a Charlton County, Georgia, landfill for possible evidence in the case of Joleen Cummings, a Nassau County woman missing since the day before Mother's Day.

The Nassau County Sheriff’s Office and the FBI jointly announced at a Friday afternoon news conference that an organized search would begin Saturday morning at the Chesser Island Landfill -- a Waste Management facility. The search will run from 7 a.m. to 7 p.m. for seven days.

Crews were geared up in full body suits, gloves, masks, safety glasses, and steel toed boots for protection during the search on Saturday.

It's the same landfill where the body of 7-year-old Somer Thompson was found in 2009.

Cummings was last seen May 12 at her job at Tangles Hair Salon on State Road 200 in Yulee. Her former coworker, Kimberly Kessler, was charged in connection with her disappearance.

Authorities said they obtained video of Kessler appearing to put a white trash bag into a dumpster about the time of Cummings' disappearance. The Sheriff's Office asked Waste Management to hold 5 million pounds of trash received on May 14 so it could be searched at a later date.

Nassau County Sheriff Bill Leeper said they waited to search the landfill because they wanted to exhaust other leads first.

"Our main focus is to find Joleen's body in order to bring some sort of closure to her family," Leeper said. "We've now determined a search of the landfill is necessary to ensure we've done all we can do to find clues and answers for Joleen's family, based on what we know at this point."

Special Agent in Charge Charles Spencer said a specially-trained search team of 25 from FBI offices including Jacksonville, Atlanta, Tampa, Boston, Washington and the FBI Quantico lab would conduct the search.

"(We) want to make sure this search is thorough, exhaustive and safe," Spencer said.

Cummings' mother, Ann Johnson, has expressed full confidence in the investigation and posted on Facebook about the heartache of not having a daughter.

"Please keep Joleen Jensen Cummings children and two siblings in your prayers. God heals broken bodies, broken minds, broken hearts and broken lives. His presence alone has immense healing powers. We are leaning on God more than ever," her post reads in part. 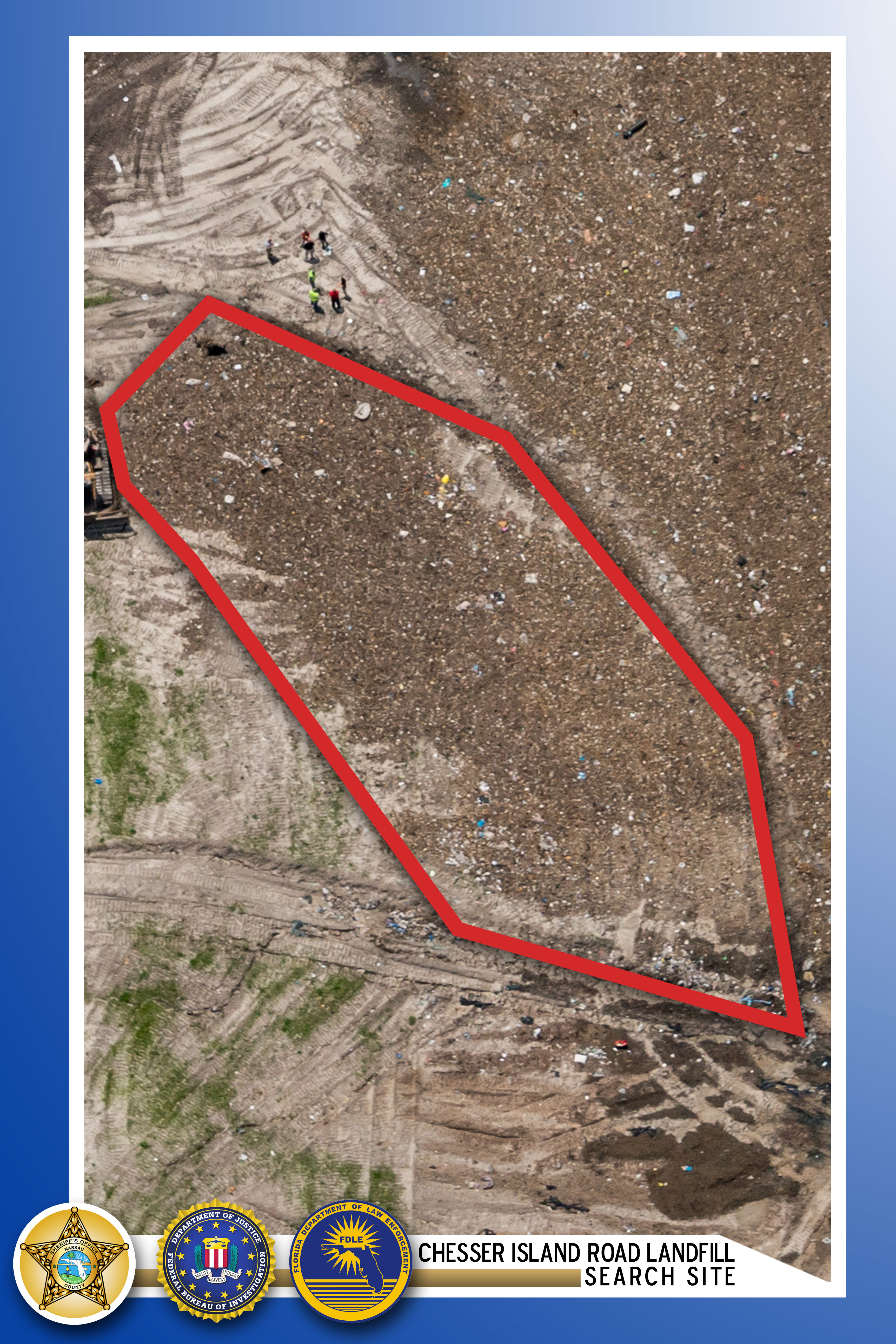 The Sheriff's Office has named Kessler as the prime suspect in Cummings' disappearance.

READ MORE: Who is Kimberly Kessler?

She was seen on surveillance parking the car and stepping out of it. Kessler was arrested in May and is behind bars in the Duval County Jail, after being moved there following a hunger strike in June.

"Over the past several weeks, we've continued to track down Kessler's strange past history, collected valuable physical and forensic evidence, reviewed telephone records, interviewed hundreds of potential witnesses, searched through hours and hours of surveillance from various businesses and locations and following every lead the public has provided to us," Leeper said Friday. "We don't know what items were placed in the dumpster but we believe, based on what we know, it's worth our time and effort to find out."

Leeper said the cost of the search was not yet available, but the FBI will be funding it. He added that cadaver dogs will not be used in the search because the FBI said conditions aren't safe for them, with hazardous materials and sharp objects.

Friday's announcement about the landfill search came 55 days after Cummings, a mother of three, was last seen.

Longtime friends told News4Jax that the search seems to be never-ending, saying they feel each update continues to be worse and worse.

Alma Powers, a longtime friend of Cummings, said learning of the extensive landfill search was emotional, but she also hopes it will bring answers.

"I’m kind of disgusted that they would even have to look in a dump because nobody deserves that. But I’m kind of hopeful that we find something, either Joleen or something that can lead us to Joleen," Powers said. "We all need closure. We want to bring her home. We need to lay her to rest and have somewhere to mourn her. We don't have that right now."

Brooke Harley, a friend of Cummings for nearly 20 years, told News4Jax by phone:

I’m coping how anyone else in this situation would cope. I stay busy. We are working on various fundraisers for her family and I try to help with the kids when I can. It’s hard. I know in my heart she’s no longer with us but hearing about them searching at the landfill made my heart drop because I feel like for some reason I still have a small glimmer of hope that she’s still alive. And that’s the hardest part about not having closure. I hope they find her so we can lay her to rest and to get Justice for Joleen."

Though Cummings' disappearance has not gotten easier, Powers said she and other loved ones have been leaning on each other.

"Brooke was also a close friend," Powers said. "So her and I, when we have bad days, we call each other and try to uplift each other."

Powers and Cummings' family long for closure and they're hopeful the next week of searching will bring them closer to that.

"At this point, I really want justice," Powers said.

Reports weekdays and anchors The Morning Show on Saturdays and Sundays