Strong storms continue through the evening

ATLANTA – One year into disgraced former Congresswoman Corrine Brown's 5-year sentence, the U.S. Court of Appeals for the Eleventh Circuit heard oral arguments on whether or not her conviction should be overturned.

Brown was sentenced to federal prison for her role in a corruption conspiracy that involved stealing hundreds of thousands of dollars from a fake education charity for needy children.

Brown, 72, did not attend Friday's hearing, which took just over 30 minutes. Only her attorney and prosecutors appeared before a three-judge panel. Brown's daughter, Shantrel, and about two dozen other supporters traveled to Atlanta and were in the courtroom.

Brown's attorney had 15 minutes to convince the Court of Appeals of errors in the case.

The focus of the argument centered on a juror who was dismissed during her trial after he made statements to other jurors that the "Holy Ghost" told him Brown was not guilty. 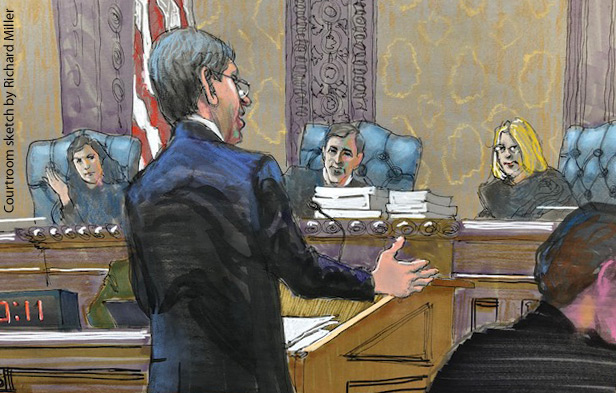 Also questioned in Brown's appeal is that she, Simmons and Wiley will have to pay back more than $600,000 as part of the sentence. A brief in the appeal states that the court must spell out how much each person is responsible for paying back.

Federal prosecutors had 15 minutes to rebut Brown's challenge to her conviction. Two of the three federal justices asked questions, appearing to approach the jury dismissal from opposite ends of the issue.

One judge said the defense seemed to consider the Holy Spirit an outside influence, while the other judge focused his questions on the language of the oath jurors take when they are sworn in.

"I think it gets to the core of the problem," Brown's lawyer, Bill Kent, said. "Either we can seek guidance from God and follow the guidance we receive or not. The court requires jurors to swear on oath, to do their duty, 'so help you God.'"

It could take several months before a decision is made by the court.

When asked how she thought the hearing went, one of Brown's supporters said, "I am playful."

It took federal investigators more than 18 months to build their case against Brown, tying her to a stream of donations meant to go to children, but much of the money ended up in the pockets of Brown, plus Ronnie Simmons, her chief of staff, and Carla Wiley, Simmons' girlfriend. Overall, the funds totaled more than $800,000, which went into a personal slush fund used for lavish parties, vacations and clothing.

Following a two-week trial, Brown was found guilty on 11 of 18 counts, including fraud, conspiracy and tax evasion. She's serving her sentence at a federal facility in Central Florida.