Voter turnout in Duval County up compared to 2016 election

How much will new bulletproof vests protect Jacksonville firefighters?

JACKSONVILLE, Fla. – Bulletproof vests purchase by the Jacksonville Fire and Rescue Department in the wake of a mass shooting downtown last year won't protect the city's firefighters from all types of gunfire.

But they will keep them safe from handguns, like the one David Katz opened fire with inside the Jacksonville Landing during a video game tournament in August. Katz killed two fellow gamers before turning the gun on himself.

Firefighters with Engine Company 1 were training across the street and were the first to respond to the mass shooting scene. They went in despite not having bulletproof vests at the time.

“When you're standing across the street from an active shooter situation and respond like they did, nothing but heroic with no protection,” said Randy Wyse, president of the Jacksonville Association of Firefighters.

The department has since purchased vests, but a label inside one of the vests says "it is not intended to protect against rifle fire or sharp-edged or pointed instruments." 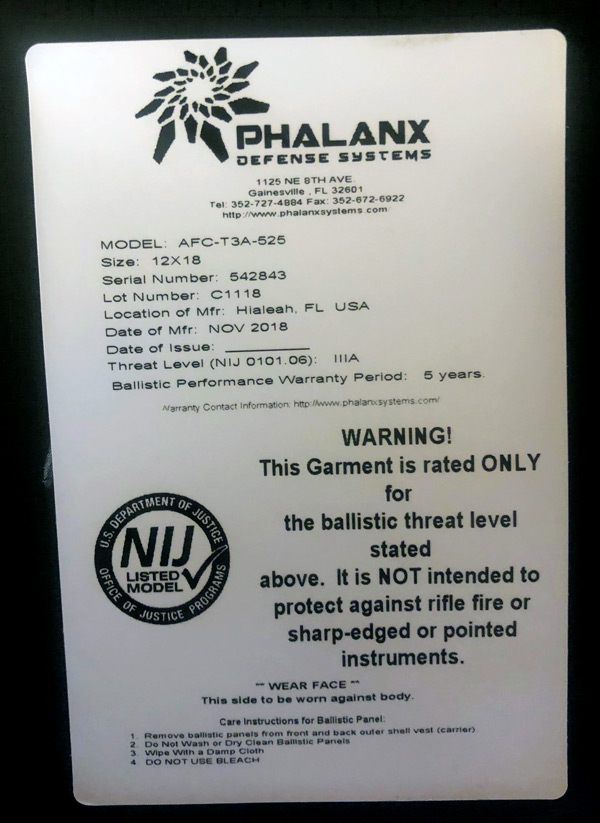 Wyse said the vests are the same kind patrol officers with the Jacksonville Sheriff's Office use -- the level of protection is level IIIA, which means they would protect against some bullets but not protect against common rifle rounds.

“It's more for like a handgun or that type of situation, which is what they would probably encounter for a domestic or shooting situation,” Wyse said.

Semiautomatic rifles have been used in some of the country's deadliest shootings. In 2018, the Gun Violence Archive reports 21 mass shootings in Florida -- five of them in Jacksonville.

Plates can be inserted into the vests to increase the level of protection, but the fire department does not have those in its everyday trucks.

“They basically stop high-powered rounds, say from an AK-47 or AR 15 -- that type of protection,” Wyse said of the plates.

Wyse said the department did not purchase plates for the vests in everyday trucks because it thought the plates were too heavy and unnecessary. A single vest weighed about 24 pounds with a plate in it and about 9 pounds without the plate in a test conducted by News4Jax.

Instead of being in the trucks at every station, there are four stations around town that have plates for the vests, including Capt. Aaron Bebernitz's station.

“In some instances -- with the Jacksonville Landing (for example) -- one had to respond straight to the situation,”  Bebernitz said. “If we do receive one of those calls, rest assured, all squads will respond as fast as they can.”

The average response time for squads with the plated vests is about four to six minutes.

Some surrounding counties also have bulletproof vests for their firefighters:

St. Johns: Has bulletproof vests but keeps them in Battalion Chief vehicles and they are distributed as required by call type
Nassau: Has some ordered but they're not here and haven't been used yet
Macclenny: Does not have them. It has been discussed, but there are no plans to purchase any
Clay: Does not have them, but vests will be requested in the budget this year