Dementia calculator: Can you lower your brain age?

Fall is in the air, you can almost smell the pumpkin spice

‘I feel betrayed’: Mother of man beaten during traffic stop outraged at not guilty verdict

Attorneys: About 2 dozen sick after food poisoning at popular restaurant

JACKSONVILLE, Fla. – Two dozen people are sick after they said they got food poisoning at a popular Jacksonville restaurant.

Members of the Exchange Club were at a banquet at Cooper’s Hawk Winery & Restaurant, located in the Markets at Town Center near the St. Johns Town Center, last month when they said they came down with a stomach illness.

Many told the News4Jax I-TEAM that they have now been diagnosed with a parasite that can last for weeks.

“I got up to go to the bathroom and collapsed,” said patron Tom Clift. “My wife called 911 and I was taken to the hospital by ambulance.”

Clift said he’s one of nearly two dozen people who got sick after the banquet at the Southside eatery.

“(I had) weakness, diarrhea and just a terrible stomach upset,” he told the I-TEAM, adding that he lost 12 pounds.

It started in mid-June and he still has symptoms. Clift said he was diagnosed with Cyclospora, a foodborne parasite. He’s not alone.

“I’m sorry. It really is not fun,” said Jane Jens, who was at the same dinner party with her husband. “What has been so devastating about this is that there are relapses. So you think you’re getting better, you feel, like ‘OK. I’m alright. I’m going to eat a small meal or a piece of toast.’ And maybe a day or two goes by and bam, here it comes again.”

Attorneys Shawn DeVries (pictured left) and Brian Lee have taken on the case, trying to track down what happened.

DeVries, himself, was also sickened.

“We currently represent about 20 folks,” DeVries said. “We are aware of at least 30 that have contracted this.”

The Duval County Health Department is now investigating, sending out a survey to those affected and examining lab tests. The Centers for Disease Control and Prevention has also been contacted. 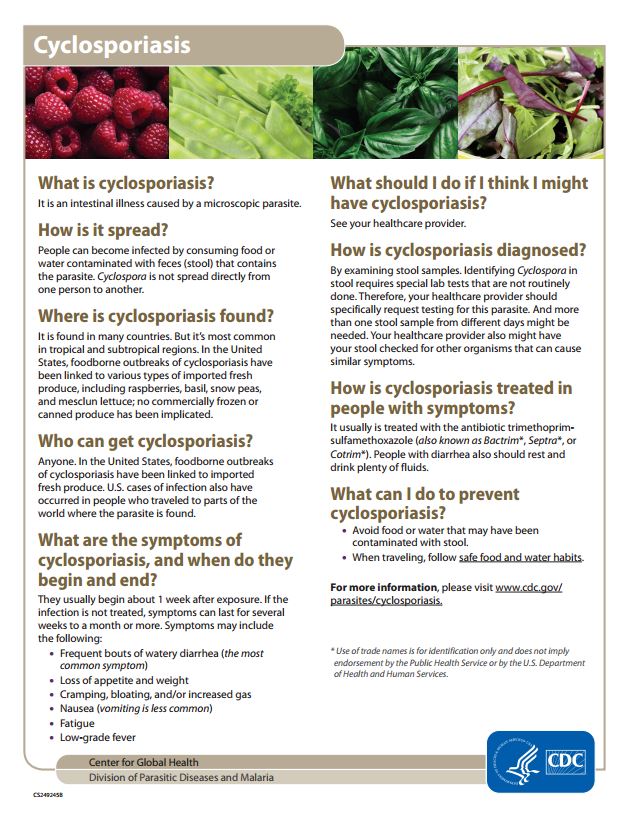 “We found out that it’s all because of a parasite,” said Lee, a lawyer who specializes in food poisoning cases. “It’s a parasite that is preventable and it is something that restaurants know about, they’re supposed to prevent.”

The ill are now on antibiotics to get rid of the parasite, but they’re concerned more people are sick and don’t know what’s wrong.

A manager from Cooper’s Hawk in Jacksonville said she couldn’t comment and directed the I-TEAM to the company’s corporate office. The I-TEAM called and emailed the office, but had not received a response as of Tuesday afternoon.