Bruce Hamilton anchors the noon news and Richard Nunn has the latest weather.

Relieve tension and neck pain with this portable massager

The woman who created a GoFundMe page for 5-year-old Matthew (Mateo) Ortega confirms he’s the Kingsland boy who died Monday from abuse.

This close family friend and several neighbors were initially told that the boy died from drowning and put the false information she was given into the narrative on the online site soliciting donations.

On Thursday, the medical examiner ruled the boy's death was due to abuse. The Camden County Sheriff's Office arrested the child's mother, Maria Miranda Alas, from El Salvador, on a charge of murder and her boyfriend for making false statements.

The Sheriff's Office said Alas flagged down a deputy Monday and communicated through broken English that the boy in her lap was unconscious. The couple was escorted to Camden Medical Center.

As the child's condition worsened, he was flown by air ambulance to Wolfson Children's Hospital in Jacksonville, where he died. 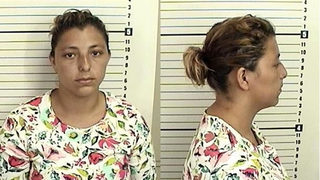 After the child's death was determined to have resulted from abuse, Alas, 25, was charged with two counts of cruelty to a child and one count of murder.

Her companion, Max Mejia Meza, 23, was arrested and charged with making false statements and writings. Both remain in the Camden County Jail awaiting a court hearing.

The friend who created the GoFundMe post said that now that she knows what happened, any money raised will go directly to the funeral home in order to make sure the boy gets a proper burial.

A vigil to celebrate the life of Mateo will be held at 7:30 p.m. Monday near the pool at the entrance of the Camden Point Mobile Home Park, 955 South Grove Blvd., in Kingsland.

"Please bring own candles as we have a limited supply. We are also asking that this vigil be to remember this little boy's sweet smile and that negativity be refrained from," Sherian Smith wrote as she announced the vigil.

Reports weekdays and anchors The Morning Show on Saturdays and Sundays

Created WJXT.com in 1995 and managed The Local Station's website through 2021.