The beaches saw much flooding, some cars struggled to navigate streets

JACKSONVILLE, Fla. – Rounds of heavy rain throughout Monday flooded streets, including some along Jacksonville Beach.

Photos shared by a News4Jax viewer showed some of the high flooding along 3rd Street near Fletcher Middle School.

There was also severe flooding nearby in Neptune Beach, where the Police Department placed barricades along First Street.

Anyone who drove to the end of Atlantic Boulevard on Monday likely saw floodwaters. Some drivers, found themselves stuck and had to get out of their cars.

Hank Watson said Jacksonville Beach firefighters had to come to her aid.

"A deluge just came down three times. Unbelievable. Thought it was Armageddon out there," Watson said. "We just slowed down for the water and a big truck went by and covered the water over the frame of my car."

Bob Meador said he too was stuck in floodwaters.

"It didn't look like it was that bad but once I got in the middle of the street it was over the hood," Meador said.

The newsroom received several calls during the evening about flooding in other parts of the beaches. If you see flooding in your neighborhood, send your photos and video to the News4Jax Facebook page.

News4Jax Chief Meteorologist John Gaughan anticipated flooding in other areas including the University of North Florida, Fruit Cove and Baymeadows, although nothing near what was seen at area beaches.

The flooding continued along Heckscher Drive, where someone's rain gauge recorded about 5 inches of rainfall. The flooding affected at least one person's home, saturating the floors inside. 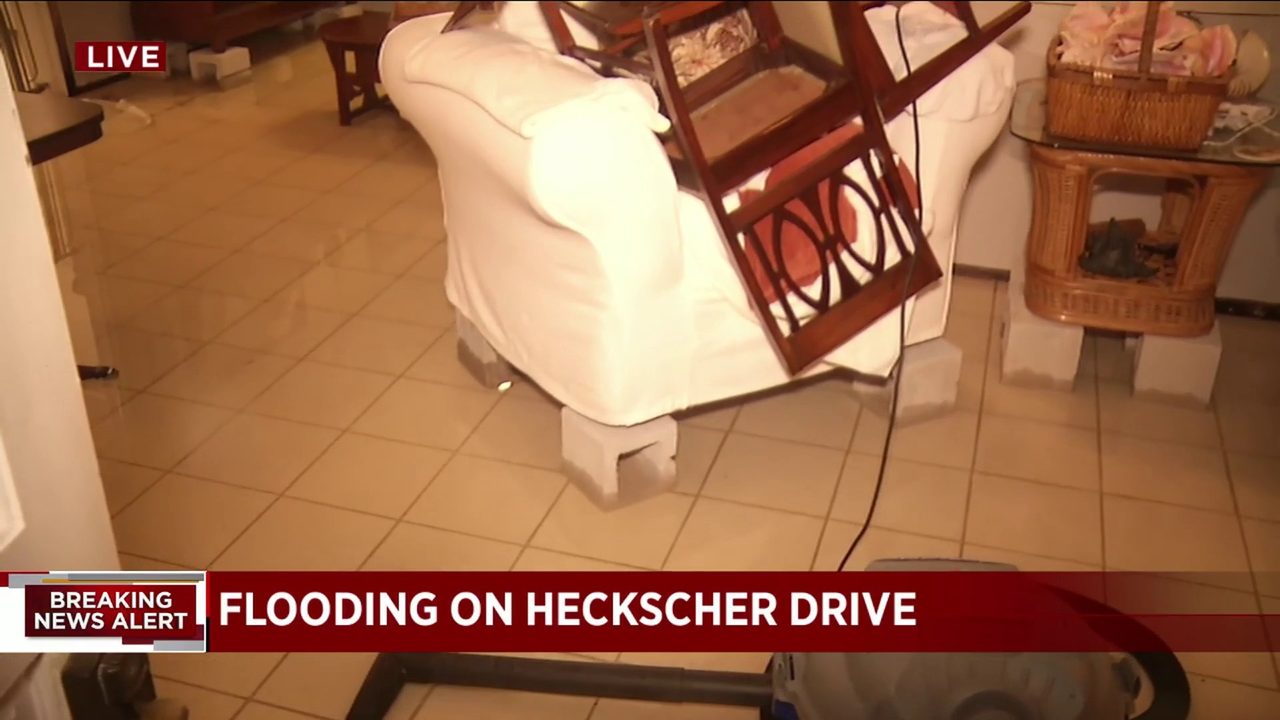 Richard Limberg, the homeowner, said it's been an ongoing issue.

"We've had continuing problems worsening over the years since we moved out here. The house was originally carpeted. We've tiled the entire house, and we've put in a lot of mitigation to try and keep the water out," Limberg said.

Meteorologist George Winterling said as of 3:45 p.m., nearly 3 inches of rain fell in the Beauclerc neighborhood.