JACKSONVILLE, Fla. – The Navy's daredevil fighter jet pilots, the Blue Angels, are back in town for this weekend's air show.

After canceling most of its shows last year due to federal budget cuts, the Blue Angels return to Naval Air Station Jacksonville, where the demonstration team was founded in in 1946.

Residents may already have caught a glimpse of the distinctive blue F/A-18 jets in the skies over Jacksonville and Orange Park over the last few days, and there were flights Friday for school groups bused to the base.

"Air shows like this are the reason why I wanted to be a pilot when I was young," said Navy pilot Daniel Russell, who brought his wife, Courtney, and two young sons to see this year's show. "He loves airplanes, so he watches shows about them, he reads books about them. So it was good to get him out here to see them."

Gates at NAS Jax open to the public at 9 a.m. Saturday and Sunday, and the air show begins at 10 a.m. Parking, admission and a Kids Zone are all free, but plan for it to be crowded. Organizers say people hoping to get a spot on base to see the Blue Angels perform at 3 p.m. should plan on arriving by 12:30 p.m.

Lt. Ryan Chamberlin, who spent two deployments for Operation Iraqi Freedom and is now Blue Angel 7, hopes the community comes out to see the show. 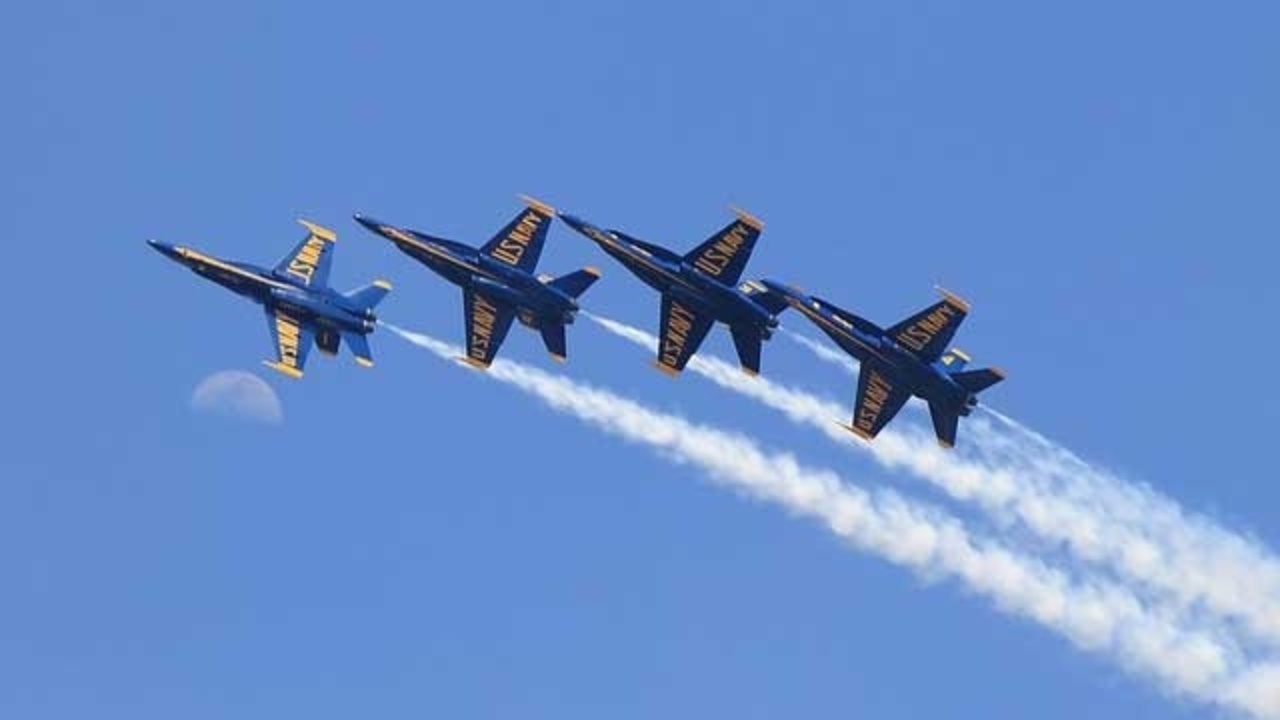 "Most people in the town probably don't get to come on base very often, so you get to see what your military is doing locally and see what your Navy is doing around the world," Chamberlin said.

NAS said it hopes to show off all branches of military to the public.

"All the military here at NAS Jacksonville, all the different units -- Army, Navy Air Force, some Marines -- and try to get everyone to see the Jacksonville military," said Cmdr. Mark McManus, air operations officer at NAS and air show director.